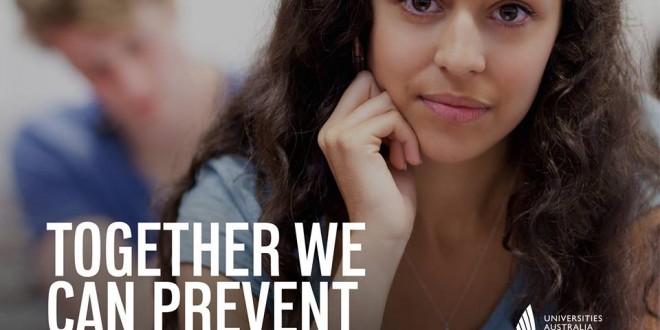 The initiative Respect. Now. Always. aims to both educate the student population about sexual harassment, and underline a zero-tolerance approach in Australian university communities.

“The campaign seeks to prevent sexual assault and harassment by raising awareness, supporting students in need of help, and giving bystanders the confidence to speak up,” said Universities Australia Chief Executive Belinda Robinson.

A recent report from the National Union of Students revealed that almost three quarters of the women surveyed experienced some kind of “unwelcome sexual behaviour” at their current tertiary institution. An alarming 27 per cent of survey participants said they had been sexually assaulted, of which 18 per cent reported rape or attempted rape.

As part of the initiative, Universities Australia is working closely with the UNSW Australian Human Rights Center to gather more comprehensive data on sexual assault and harassment by devising a new national survey. They also hope to revise university policies and create best practice models for incident reporting and victim-support programs.

“This groundbreaking work appears to be the first in the world where a national university sector has decided to work together on these issues on such a scale,” he said.

“It is a shared effort – to raise awareness, to seek more comprehensive data to inform our responses, to exchange best practice, and to commit to keep improving.”

For more information about the campaign, go to www.respectnowalways.edu.au