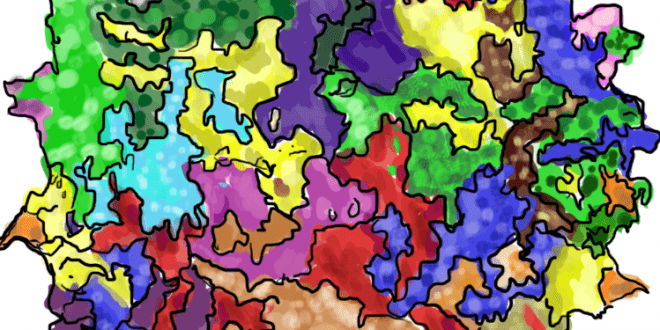 April 9, 2018 2018 Posts Comments Off on Personalised Medicine Using Viruses, and the Bio-hacker Who Just Wants a Slice of Pizza. Some of the most extraordinary innovations in recent years have been advances in personalised medicine. Every individual is unique in the way they develop a disease and respond to treatment. Hence, the growing paradigm of personalised medicine is to design medications and interventions that allow for a customised treatment plan best suited to that individual. This gives patients more control over their medical decisions and could lead to improved results when tackling illness. Examples of these wonderful innovations include the adoption of wearable health monitoring technologies, bespoke diets, and healthcare apps for cancer and diabetes patients. Personalised medicine has the potential to fundamentally change how we view healthcare; the end goal is to develop medicine responsive to an individual’s own physiology, rather than therapy based on data from whole populations.

One area of medicine in which an individual focus is paramount is in gene therapy, an emerging field in which brilliant breakthroughs are made every year. Gene therapy is used to correct defects that have occurred in the individual’s genome. Some of the most successful clinical examples include using viruses to tackle both acute lymphoblastic leukaemia [1](CAR T-Cell Therapy) and sickle cell disease[2].  However, there are significant barriers to accessing gene therapy, as the technology used to develop the biological molecules and treatment plans is expensive. Furthermore, the time period taken for this type of therapy to progress from invention to implementation can be several years. This high cost is also worrying to insurance companies, leading to more out-of-pocket charges for patients.

If we take the example of lactose intolerance, which is caused by a genetic mutation, close to a million people (and growing) in Australia[3], and approximately 12.5% of the population of the United States, are affected, with no cheap and efficient medical care available[4]. One bio-hacker in the United States (whose real name can’t be revealed, and will be referred to as ‘K’), has been suffering from lactose intolerance for over 18 years. K decided to bypass doctors and the Food and Drug Administration, and take matters into his own hands to create a cure for his lactose intolerant body!

A bio-hacker is a ‘do-it-yourself’ biologist or biotechnologist who chooses to experiment in the interface of technology and the human body, in order to enhance their biology. As K was lactose intolerant, his body could not produce the enzyme, lactase, which would normally break down lactose, a sugar found in milk. This meant that he could not eat or drink the majority of dairy products, leaving his midnight pizza cravings unsatisfied. However, after coming across a research paper describing the use of viruses to treat lactose intolerance in lab rats, he found a way to potentially change his life.

The research paper involved two groups of lactose intolerant rats. The first group was injected with a virus (non-harmful form) that had the gene for lactase production, known as “LacZ”, sourced from E.coli bacteria, inserted into its own genome. The second control group was not injected with the virus. After several weeks of feeding the rats a lactose-rich diet, it was seen that only the first group was producing the lactase enzyme and breaking down lactose for use as energy. This result would only be possible if LacZ had been incorporated into the rat’s genome. Hence, this paper showed that it is possible to use a virus as a “vector” (a transporter used to carry and insert genetic material) to insert LacZ into another organism’s genetic code[5].

After analysing the results of the research paper, K decided to repeat the experiment on himself. He had the requisite knowledge from a degree in genetics, as well as access to the necessary resources at a friend’s personal biology lab. Furthermore, as long as he was only experimenting on himself for medical purposes, what he was doing was not a clear criminal offence. Hence, with no financial, medical, or legal barriers, K attempted to cure his own lactose intolerance.

K needed to have the lactase enzyme produced by the cells in his small intestine. To do so, an Adeno-Associated Virus (AAV) was assembled inside the nucleus of another mammalian cell (he chose to use ovarian cells from a Chinese Hamster). He then ensured that during the assembly of the virus, LacZ was packaged within the viral DNA. The construction of the virus, and the insertion of LacZ, was achieved through the use of circular pieces of DNA called plasmids.  Plasmids can be likened to flash drives that contain genetic information. If inserted into the nucleus of a cell, that nucleus will translate the genetic information on the plasmid, which was used to assemble the virus and include the lactase gene within its genetic code. Three plasmids were used by the bio-hacker. Plasmids 1 and 2 contained all the genetic sequences needed to make the proteins for the replication and shell of the Adeno-Associated Virus.  Plasmid 3 contained LacZ, which was to be packaged within the virus. Although it appears complex, the diagram demonstrates one particularly elegant part of the technique – the LacZ gene sits on the plasmid between two ‘ITR’ (Inverted Terminal Repeat) sequences (shown in orange), which function as a signal, instructing the virus to package the LacZ gene inside of itself, as if it were its own DNA.

Once the plasmids had been successful in assembling and replicating the virus and LacZ gene inside the chosen mammalian cell nucleus, the virus was harvested and isolated from the host cells. Once that was done, the virus was added to a solution containing phosphate buffered saline (a salty solution that helps maintain pH levels) and mixed with microcrystalline cellulose (refined wood pulp that is used in drug tablets). The resulting semi-solid solution was packaged into a gelatine capsule and was prepared for consumption. Bottoms up!

In January 2018, the bio-hacker took the pills and up until now (March, 2018), he is happily satisfying his pizza cravings. This suggests, amazingly, that his experiment did work and his body is producing the lactase enzyme. However, gene therapy using viral vectors is known to only provide temporary cures. Furthermore, this experiment is at a very early stage of development. It would take a significant amount of further research, years of testing and refining the protocols, and approval by medical authorities, before it can be prescribed for use in humans.

Experimenting with medicinal drugs in a personal science lab certainly sounds very sketchy, dangerous, and possibly even unethical. After K made his experiment public, there were multiple concerns from the wider scientific community, as well as from the public.

A major concern is how personal health will be affected, as the side effects of this kind of gene therapy are currently unknown. The immune system may respond with hostility to the inserted gene, as it is a foreign body. This may initiate a potentially dangerous inflammatory response over an unknown time period. Furthermore, the working copy of the gene may overproduce the enzyme, causing other health issues, with one possibility being the eventual development of cancer.

The growing possibilities offered by gene therapy also raise a number of ethical questions. For instance, there is no clear answer on the extent to which human beings should be permitted to manipulate their own “nature”, or the biology of other living things. The social and legal controls that should be placed on this type of research are, therefore, hotly debated. Furthermore, even though this technology is expected to decrease in price, private companies may acquire patents and limit access to this therapy to a privileged few, in a sadly similar way to how some current medical therapies are inaccessible to those who are unable to pay and cannot access them through public funding.

Despite these safety and ethics issues, K did achieve a successful result, which had a positive effect on his ability to digest dairy products. What the long-term effects may be are unknown, but he hopes to continue to monitor himself and make his findings available to the public. He also strongly suggests that no one (else) should try this at home.

For now, the bio-hacker is enjoying his pizza-heavy diet. Biotechnology and its use of viruses is a growing area of science and may herald the beginning of a new era in medicine. It could lead to a real version of what is seen in science-fiction movies, in which members of society have embedded microchips able to monitor vital signs, genetic diseases are a thing of the past, and almost any disease is curable. It may also lead to humans becoming susceptible to computer viruses, with the prospect of everyone having to update their chips with the latest version of Norton Anti-Virus every few months (and hopefully we can all afford the monthly membership fees!). While progress happens in small steps, like in temporarily curing lactose intolerance, the future may require humans to rethink what it physically means to be human. These ideas all filter back to our shared curiosity, sense of adventure, and the drive to enhance the reality around us. Only time will tell if these ideas can go viral.