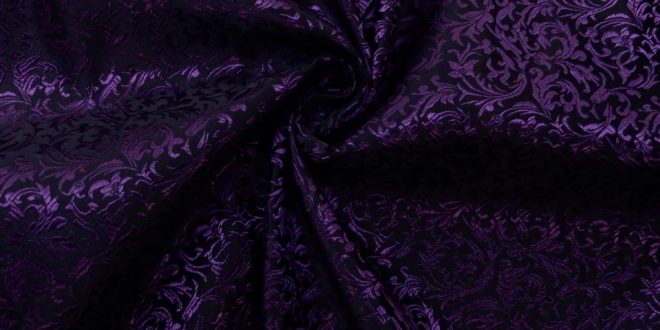 The consequence of Shae surviving the car crash is the permanent absence of her parents. Out of obligation rather than love or pity, her Auntie Hua takes her in. Auntie Hua, distant relative, poor and out of luck, is already a single parent raising her son, five-year-old Kai. Nine-year-old Shae is now her responsibility.

Kai is a bundle of laughter, lopsided grins, and mischief wrapped in a skinny body. Tanned and freckled from the many hours under sunlight; bruised and cut from his adventures—they are landmarks and roads that map his small limbs (not that he notices or cares); callused and scarred with former blisters from afternoons roaming barefoot on summer pavements.

He is the light in the dingy hole that is apartment number 231, Second Alley. Life there is somewhat tolerable with him in it.

‘Parasite’. Shae hears Auntie Hua say it over the phone, in the kitchen when other Aunties and their friends are over, in hallways when their neighbours pass by. She knows they are talking about her.

Kai calls her jiě jie 1 even though he isn’t supposed to. Auntie Hua took Shae in as a tongyangxi2—a dowry-saver, a maybe-playmate, a never-sister. Kai may fear his mother, but his rebellious spirit stands its ground. “Jiě jie” becomes their secret.

Kai loves the monkey bars. He whoops and cheers as he swings from one bar to next, his scrawny form three feet from the ground; the equipment was clearly for adults. Shae usually takes Kai to the park, but she had ventured into a pond on their last adventure at Kai’s insistence—a feat that ended with them both covered in mud. Shae had been in the middle of cleaning Kai up when Auntie Hua walked in on them. Auntie Hua watches them guilefully now. Auntie Hua takes any justification for her distrust against Shae. Kai laughs while Shae and Auntie Hua stand on the ground in silence: one in heels, looming, the other folding herself in as if she could disappear that way.

“I’m coming down,” Kai says finally, wheezing in laughter. Shae steps forward. Auntie Hua bumps her out of the way.

Kai blinks and casts a look at Shae. Blood drains from Shae’s face as Auntie Hua catches the exchange and turns to her—Kai’s fingers are already slipping, oblivious and giggling. Shae will remember the look in her Auntie’s eyes: the rage, incredulity, and underneath all that—fear. Shae takes a step forward. She’s too far away.

Kai’s wrist is broken. He doesn’t go on the monkey bars anymore unless Shae is around and his mother isn’t.

Shae drops the pot of soup meant for dinner. It spills on Auntie Hua’s clothes, the pale stockings stained brown, over the mould hiding in the cracks of tiled floor. She had come out of nowhere into Shae’s path.

Auntie Hua tells her to lick off every last drop.

Potatoes and rot linger on her tongue for the rest of the week.

Shae is quiet. She is quiet when Auntie Hua hands her second-hand uniforms from their neighbours, shirt yellowed, skirt fraying and coming undone. She is quiet when she watches from the other side of the school gate as parents and grandparents fuss over their children’s hair and stockings and shoelaces before they pass the gates. She is quiet when the others open their lunchboxes at noon, chatter rising in the classroom around her as she buries herself in another book and tries not to focus on her groaning stomach. She does not understand. She thought she’d been good. She must be mistaken. She does not know how to fix it.

On their way back from school, Shae bribes Kai with a taro ice cream, using the money she’s scraped together from collecting recycled trash. Today’s her graduation from primary school—phoenix flowers bloom, red as the corsages pinned on her uniform—but it doesn’t feel different than any other day. Kai’s tongue races the summer but fails epically. Taro goo creeps down the cone to his fingers and gives him a lilac moustache.

“Why does your ma hate me?”

Kai frowns as he tries to recover the escaping taro. “I don’t know.”

“There must be something.”

Kai glances at his ice cream and releases a remorseful sigh. “I don’t think she liked your mother a lot. You might remind my ma of her.”

Shae feels like she should feel better after knowing this—proof that she didn’t bring all the misery onto herself. But she doesn’t.

Shae thinks it is almost unfortunate that she and Kai resemble each other. There are more curls in their hair than most, like multiple fur balls after being attacked by a cat. Their eyes share a light shade of brown, like the outlying-islanders and not mainlander-rich. They even have the same smile, dimpled on both sides. She thinks it is unfortunate only because he does not look like his mother.

Shae is surprised when Auntie Hua consents to allowing her “friends” over. (They’re coming to quench their curiosity, and Shae is desperate.) In that moment, she is glad how obedient she’s been despite everything Auntie Hua has done to her over the years.

When her friends come over, Auntie Hua prepares snacks and drinks. They are enjoying themselves until Shae comes back from the toilet to an unsteady silence.

“What is it?” Shae asks. Her friends need to leave all of a sudden.

“What did you say to them?” she manages to say, breathless from the tightness in her chest.

“Nothing that isn’t true,” Auntie Hua says, her eyes gleaming with vicious glee, before she turns her back to Shae. Shae’s tears spill, thick as blood. Kai sits in the corner. His lanky limbs are flung over the worn armchair; earphones plugged in, eyes on his phone, but body tense, fingers unmoving. She thinks: good, he’s paying attention.

Things change over the years. The laundry will be done, but misplaced. Keys will disappear. Mail will end up in the trash. If Shae is going to get a scolding by the end of each day, she might as well make it worth her while. She is still quiet.

Shae starts ‘borrowing’ from Hua’s wardrobe. She will check herself in the mirror: not a strand of her straightened, black hair out of place, her eyes shadowed in rich purple and most importantly, the black qipao3 of violet azaleas. She’s seen the way eyes follow Hua in it and the matching black heels that went clop, clop, clop down the street. She will smile at herself in the reflection of store displays as she strolls around town and giggle when she catches people staring.

Shae will later savour the taste of violation and outrage in Hua’s eyes as the silk sighs against her skin. She loves being caught.

Shae comes home to find that the money she stashed under her mattress is gone; in its place is a note. Hands trembling, she reads Hua’s harsh handwriting: The money is in your account now. The account Hua controls, just like she controls Shae.

The room tilts. All of her savings, gone. All hopes of scraping together just enough to rent an apartment of her own, gone. All chances of freedom, gone. Her fingernails dig into her palms, clearing her head. She will have to wait a little longer, until she is of age to open her own bank account—by then, she will be untouchable.

Kai is at that age when ‘cigs’, ‘tattoos’, and ‘motorcycles’ sound particularly appealing. Shae is careful to stoke that appeal just enough so as to not get him hurt. He spends more time with the uncle of theirs, Uncle Ming Hao. She doesn’t like their Uncle because she knows he’s shady and thinks he’s a bad influence on Kai, but she tries to be fair because she doesn’t think he’d ever harm them intentionally.

Kai and Hua start getting into fights. Shae will take the blunt of Hua’s anger and soothe Kai’s confusion. Muffled sobbing will come through the thin walls between her and Auntie Hua’s rooms, and she will drift asleep to that sound.

Hua is yelling at her and pounding at the barricaded door when Shae notices the flashing blue light from her phone.

Shae releases a breath she’s been holding for years, thrills of victory tingling her fingers as she reads on, posing to type.

Kai: Ive found a place with Uncle. Come with me?

Kai: You don’t have to marry me unless you want to. You do know its a joke right. This tonyangxi business.

Shae wants to smile in Hua’s raging face. But Hua is already commanding her to get Kai back home, taking the scooter keys, slamming the front door, and out in search for her missing son.

Kai: As you wish.

There’s a story told once by Confucius, well-known by many:

“Have you not heard the story of Shun?” Confucius said to his disciples. “Shun’s father was violent, he always had this urge to kill his son. Still, whenever Shun’s father bade him to do the chores, he’d be there. However, he’d manage to disappear whenever his father was out to kill him. His father had never been able to find him. This is Xiào. If Shun had let his father kill him, he wouldn’t have upheld the virtue of Xiào, now would he?”

Xiào (virtue) — a commitment to one’s parents, elders, and ancestors. The concept of Xiào has shifted over the years; in ancient times, Xiào meant doing good by the seniors of one’s family in all conceivable aspects, regardless of the cost to oneself.

1. Older sister. Sometimes it’s used as a casual name for elder females who are too young to be “Aunts” but also too old to be mere peers. However, in this case, “jiě jie” is meant in the most traditional sense—a sister, bound by blood.

2. Child-raised-as-bride. A tradition that was discovered back in the Song dynasty; the practice started disappearing in Taiwan during the late-1970s—in most places.

3. Qipao: a type of silken dress that hugs the body—one might refer to them as women’s armour.