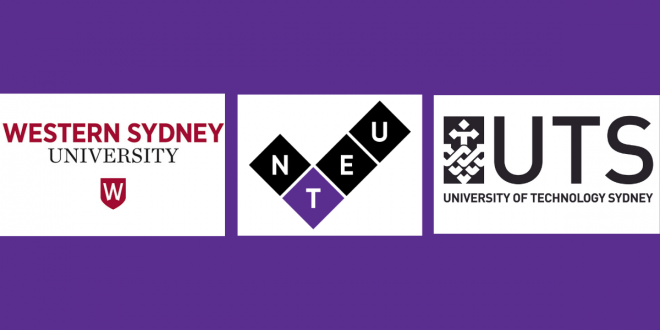 These planned strikes come after discussions regarding the adequacy of staff workplace enterprise agreements broke down between university management and their respective NTEU branches.

“Our members have been negotiating for new enterprise agreements for over nine months,” NTEU NSW Secretary Damien Cahill said in a recent interview with Honi Soit.

“Management [at WSU] have given an unacceptable low pay offer of 2% [per annum] and have not agreed to enforceable decasualisation provisions,” he said to Honi Soit.

This sentiment was echoed by NTEU WSU president Dr. David Burchell, who described the University Management’s attempt to The Western Weekender as a “low-ball pay offer” and “clearly unacceptable.”

The two planned strikes were made known to the media just days after a historic 48-hour strike took place at USYD in May.

The strikes have garnered the support from various student bodies across multiple universities as well.

“The UTSSA completely supports the UTS NTEU’s unanimous decision to apply for a protected action ballot. Their fight for job security and improved working conditions is our fight too, as it will directly improve the quality of our education,” UTS Students’ Association President Anna Thieben told Honi Soit.