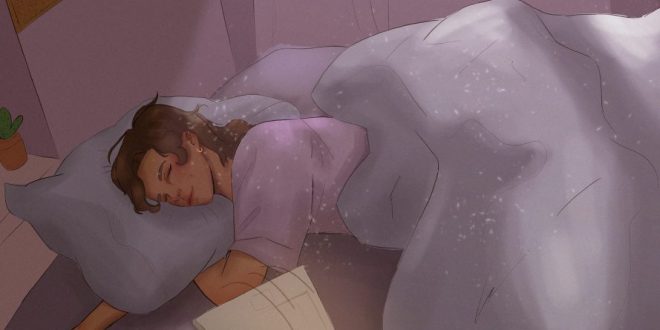 Illustrated by Saafiyah Hussain and written by Atia Fatimah

“Anna, are you there?” That was a deceptively complex question. Physically I wasn’t ‘there,’ mentally I was never ‘there’ and my online presence was unapologetically superficial. “I’m here… Can you hear me? My webcam is just broken… I don’t know why…. Zoom is crashing…” I could rival Jennifer Lawrence for an Oscar. My voice was laced with sincerity and incompetence; the perfect cocktail for truancy in the modern age. “Well you need to get that fixed ASAP,” he barked back, admitting defeat. I stared at everyone’s glowing faces, a collage of blank stares and vacant eyes with the occasional pet cameo. As my head hit my pillow and my eyes weighed down, I smiled to myself. After doom scrolling and binging Netflix all night, I had no desire to be a stoic spectator to an hour long lesson that was littered with technical difficulties and awkward pauses prying for participation. I had no desire to be puppeteered into playing along with the façade of normalcy. And I definitely had no desire to condone half-arsed zoom lessons as the epitome of academic rigour that I was paying thousands for. So fuck that, professor. 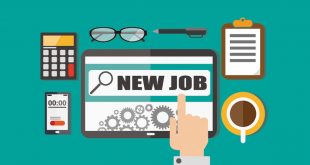 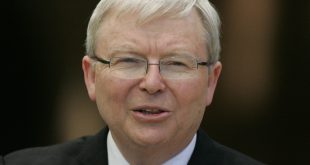 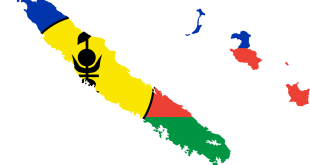 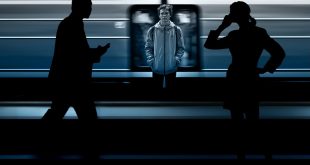 By George Raptis Many people have written on the COVID-19 experience, mostly because it seems …