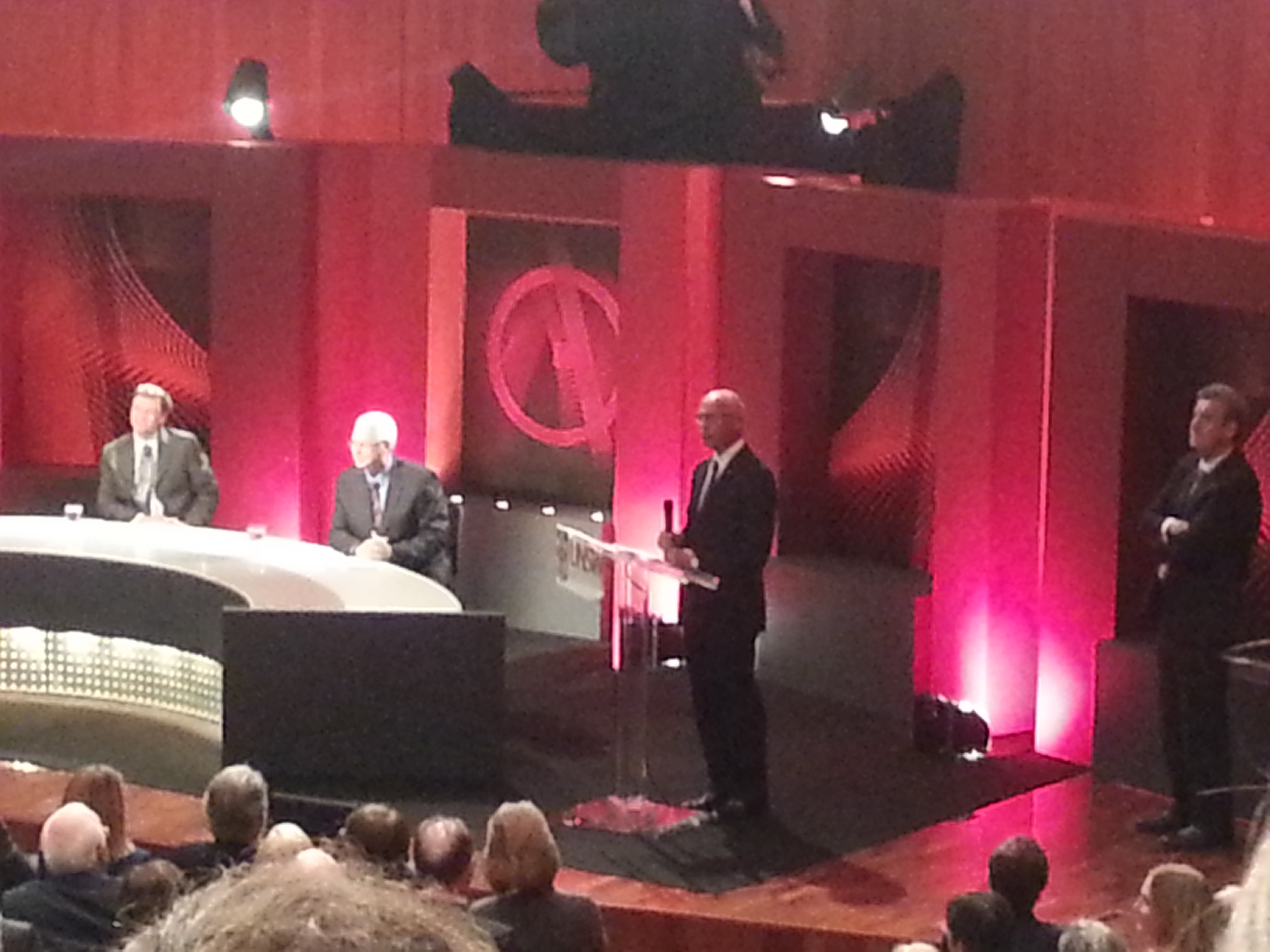 The creator of Microsoft and co-founder of the  Bill and Melinda Gates’ Foundation, Bill Gates will be spending 14 hours in Australia in an attempt to compel the government to increase its foreign aid budget in the midst of its decision to delay meeting foreign aid targets until 2017-18.

Demand to see Gates speak was high,  with almost 3,500 students and alumni entering the UNSW competition for tickets, resulting in the university being inundated with requests to attend the talk.

While Gates spoke of engaging in discussions surrounding  topping up aid budgets from the current 0.34% of Australia’s gross national income, or 34 cents in every $100, he implicitly compared Australia to the UK, who have pledged  0.7%, despite having been significantly more impacted by the Global Financial Crisis.

Admitting he was a little disappointed with the government’s stalling of their commitment to meet the target of 0.5%, he remained positive nonetheless.

As he had been in interviews earlier in the day, Gates was thankful for the amount that Australia currently gives, but was insistent that there is still much more to be done.

Perhaps what was not adequately covered was the existence of philanthropy in Australia, or lack thereof. Whilst in America there is a culture of giving from the rich, with 15% of their earnings being donated, Australian aristocrats donate a measly 1%, a deficit of generosity which extends top-down from the nation’s richest.

In an effort to buck the trend, Australian businessman and philanthropist, Dick Smith recently moved to shame the 4 major bank CEO’s into giving back to the community, but results were unpromising.

However, such miserliness is reported to more widespread than Australia’s super rich. Anecdotal evidence exists that the more affluent a suburb is considered to be, the less likely individuals from those areas are to donate to charities.

The Australian Taxation Office (ATO), has also released figures showing that over 2000 individuals whose annual income surpassed $1 million registered no charitable donations when claiming in their tax returns in previous years.

Audience member, Alex Peck told Tharunka that whilst it was interesting to hear Gates’ insights on a wide range of topics, he would have liked to have heard more on his philosophy around wealth and capital.

“It seems like there’s more going on between his socially responsible side and his successful business side, as evidenced in his comments around taxation and loopholes”, he said.

NSW Live Below the Line Assistant Manager, Ammy Singh said she believes that having someone exert their influence for good is one of the most powerful tools for the 1.2 billion people currently living in extreme poverty, who are often relegated to mere statistics.

“It’s not a coincidence that the Australian government announced an extra $80 million in polio prevention immediately after meeting with Bill Gates today”, she said.

Gates also met with both major party leaders today, and reported that  Tony Abbott was a ‘very nice man’, but due to the fact he isn’t an Australian voter, he didn’t feel he had the right to make any demands of the Leader of the Opposition.

Questions ranged from whether there had been any advances in the production of condoms to increase pleasure to the wearer, to whether he was intending on cryogenically freezing himself as a part of his bucket list to outwit death.

He also responded to one question about Zambian economist, Dambisa Moyo’s book ‘Dead Aid’ , accusing it of being  “responsible for spreading evil”. “She didn’t know much about aid and what aid was doing…she is an aid critic” he said.

In her book, Moyo says that despite Africa receiving over $1 trillion dollars in aid, many of the poorer nations of the continent are worse off than prior to what she refers to as “misguided development policy”.

Whilst waiting for technical difficulties to be solved, host Tony Jones turned to impromptu audience questions where Gates recalled reluctantly attending an event where he met the world’s 3rd richest man, Warren Buffett . “My mum usually asks me to go to one thing a month, and she’d already filled that quota” Gates said, who attended nonetheless and went on to become close friends with the business tycoon and fellow philanthropist, 25 years his senior.

Lamenting that he’s usually asked questions about business models or Microsoft’s competition with IMB, Gates admitted to being “fascinated” by Buffett and his hard questions concerning current global issues . Gates and Buffett now work together with Bill’s wife, Melinda in areas of global health such as vaccination, reproductive health and education, acting as the three trustees of the Bill and Melinda Gates Foundation.

Singh praised the Gates foundation’s initiatives for contributing to the sustainability of foreign aid, as many organisations do not have the funds to engage in research.“One of the great things about  philanthropy is it opens up a realistic way of investing in not only basic life-saving foreign aid, but also innovation in researching the best way of going about aid and development”, she said.

UNSW Chancellor, David Gonski referred to Gates as  “a true global leader and champion for the betterment of society by tackling global health issues”, while Vice-Chancellor Fred Hilmer jokingly credited him as being one of the causes for students not being present on campus.

UNSW’s own Kirby Institute for infection and immunity in society is one of many recipients of funding from the Gates foundation, who have received almost $13 million for HIV antiretroviral therapy research, which will hopefully lead to the improvement of millions of lives worldwide.