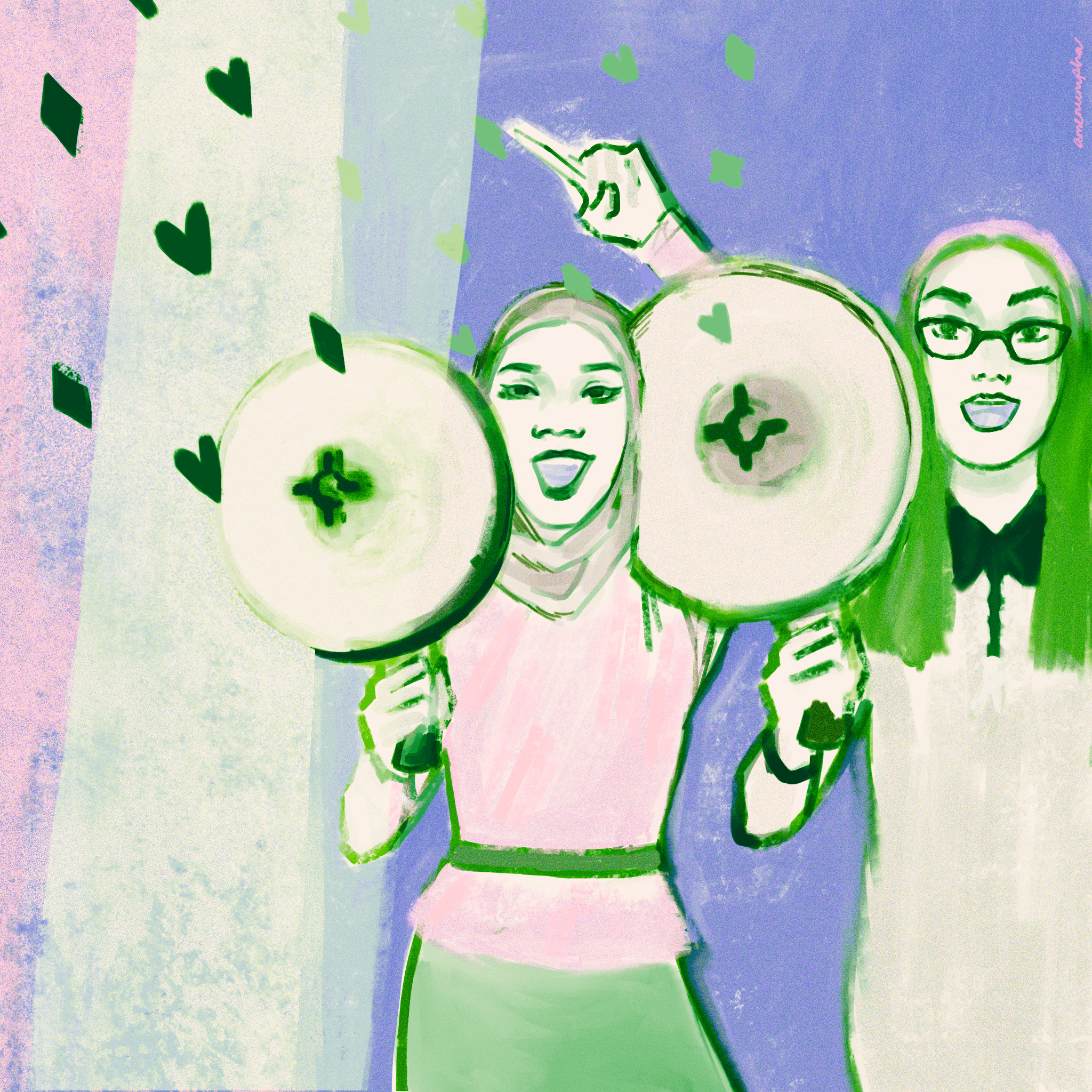 All About Women, Part 2: Forgiveness, “Hate Male” and Biscuits

The Sydney Opera House was female on Sunday 5 March for the All About Women festival, and we sent along a bunch of female-identifying writers to a bunch of sessions. To celebrate International Women’s Day, here’s Part 2 of our reviews.

“South of Forgiveness”, a conversation between Thordis Elva and her rapist Tom Stranger, is as unprecedented as it is confronting.

Then 18-year-old Stranger raped his then-girlfriend Elva in her Reykjavik bedroom, during a school exchange program to Iceland. Nine years of stifling silence haunted Elva until she reached out to Stranger, seeking to find forgiveness.

By giving voice to her silence, in the eight years of correspondence that followed between Elva and Stranger, eventually culminating in them meeting in Cape Town, Elva came to realise there were two types of silence – the nurturing kind and the toxic kind.

For Elva, a well-known writer and violence-prevention activist, it was the toxic silence that surrounds rape, particularly when the perpetrator does not match the picture of the violent monster often painted in the media, which caused her so many years of pain and shame.

What is particularly confronting about their dialogue was Stranger’s admission that for nine years, he did not take responsibility for the sexual violence he inflicted on Elva.

“I disavailed [sic] myself by convincing myself it was sex and not rape,” he said.

“There was no jolt in my body the next day after I sexually assaulted [Thordis].”

Importantly, he makes it clear that myths about sexual entitlement – “You were only 18,” “You were drinking,” “She was your girlfriend,” “It was a momentary lapse of judgement” – are unacceptable excuses for perpetrating sexual violence.

For Elva, sharing a platform with Stranger was important, as it gives a face to sexual violence. Such an opportunity to interrogate the motives of the perpetrator is central for a crime such as sexual assault, whose perpetrators often remain faceless. This opportunity was afforded by “South of Forgiveness”, proving to be as necessary as it is painful.

“Backstage in Biscuit Land” was a mix of comedy, singing, monologue and puppetry, and was a unique addition to the 2017 All About Women conference.

Jess Thom (also known as Touretteshero), has Tourette’s: a condition that causes uncontrollable tics and, in her case, to repeat the word ‘biscuit’ over 16,000 times a day. She is a writer, artist and performer, and she never stays on script. The spontaneity of Jess’s tics and creativity kept the show lively throughout.

When first entering the show, the stage was full of random objects on astroturf, later revealed as representations of all the random words and phrases Jess had said to Chopin, her performance assistant. Chopin sat in a wheelchair while the audience was settling in and later introduced herself as a 30-year-old, non-disabled woman.

Jess encouraged the audience to laugh at her involuntary use of words and swearing tics. One of her monologues highlighted the discrimination and segregation she had faced as an audience member in theatres, due to her tics. Her encouragement of the audience to embrace spontaneity during her own performance felt like a protest against how these theatres had treated her in the past.

“Backstage in Biscuit Land” was a mind-opening and engaging show. The audience was immersed in Jess’s journey, meaning we were not passive to the unfolding performance on the stage.

And yes, everyone in the audience did get to eat biscuits.

Speaking on-stage to an audience of hundreds of people whilst breastfeeding her baby son, she demonstrates how motherhood at any given time does not inhibit a woman from doing anything she puts her mind to. Whilst the majority of the session involved merely laughing at the ridiculous messages she had received, a key takeaway was that the best response towards obstinate misogynists is to never take anything to heart and to laugh at their statements to weaken their resolve.

Share
Previous All About Women, Part 1: The “Loud”, The “Fat” and The “Ugly”
Next To Me, Love Me: UNSW Women Write Feminist Letters to Their Younger Selves