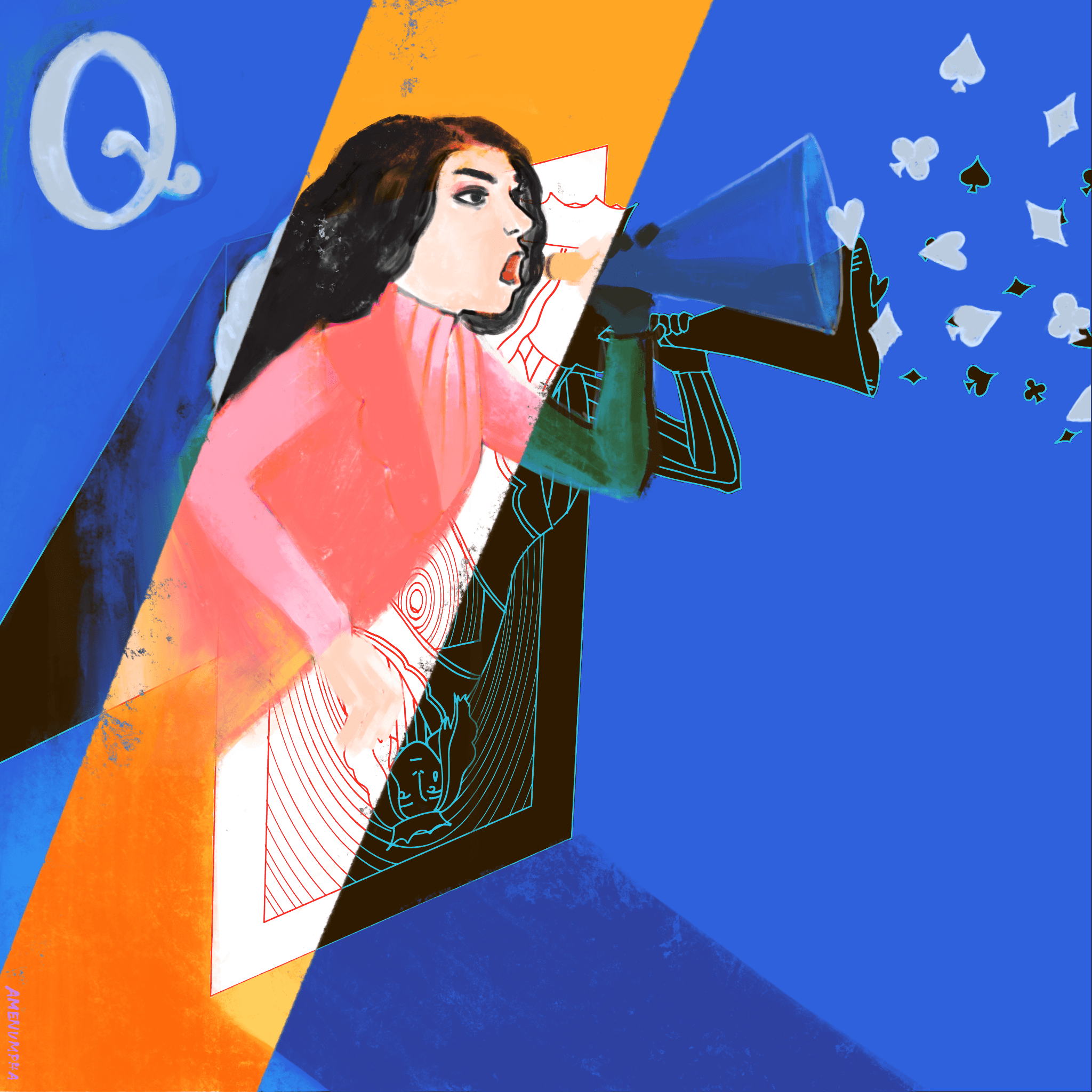 The Sydney Opera House was female on Sunday 5 March for the All About Women festival, and we sent along a bunch of female-identifying writers to a bunch of sessions. To celebrate International Women’s Day, here’s Part 1 of our reviews.

Seeing Geena Davis, the Thelma from Thelma and Louise, in the flesh was a momentous experience: created before I was even born, the film is breathtaking in its feminist and unapologetically reckless energy.

In her solo talk, Davis spoke about her own career as an actor (note, not actress: Davis hopes the feminised version of the word will soon be as ancient as “authoress” is now) and how her own experiences from different films have shaped her own journey as a feminist.

Notably, Davis has founded the Geena Davis Institute on Gender in Media, which researches female representation in entertainment and media with an especial focus upon media targeted at children.

Nothing Davis said was particularly new to me, and I doubt it was novel to the rest of the self-selected feminist audience either. Yes, there are significantly less women on our screens than men, and yes, representation on the screen has real world impacts on how viewers then perceive and interact with their own world. Moreover, the speech was very statistic heavy, and Davis seemed reluctant to engage with audience questions asking her why the low level of female representation persists.

Despite this, the work that Davis and her institute have done gives me hope. Her warmth and humour as a speaker undoubtedly has charmed many male producers and directors (and will charm many more) into interrogating the gender ratio of characters they put on screen, as well as the complexity of female characters that they create.

“What happens to a loud woman with big opinions in a culture where women are expected to be small, quiet and compliant?” asks the event description of Lindy West’s session. Immediately, I was intrigued.

From personal experience, I know what happens to me when I express an opinion: I’m usually told to calm down or asked why I’m always so angry.  But for Lindy West – a prolific writer on feminist, social justice, and body image issues – the consequences are more extreme. By refusing to be a quiet woman ashamed of her thoughts, West receives death threats and rape threats.

West wasn’t always so loud and outspoken; she shared the story of how she peed her pants in the third grade because she was too afraid to ask her teacher for permission to go to the bathroom. As a child, West was fat, so she made every effort not to draw any attention to herself. Only after she dismantled the concept of embarrassment was she able to speak up. But once West started voicing her opinion, the trolls came out to viciously abuse her.

According to West, being a woman who is not “conventionally attractive” makes her a prime target. To the trolls, she is not entitled to be loud because she is a fat woman who shouldn’t have the confidence to make her presence known.

West spoke at length about how, as a fat woman, she’s treated as inferior. But she also acknowledged her privilege as a white woman, which was something I appreciated. Too often, the Taylor Swift brand of feminism that caters only for white women prevails. In light of Donald Trump’s reign, West implored audience members to never forget marginalised races because “feminism without intersectionality is just White supremacy.” I applauded heartily at that.

“Women of Letters” provided an inspirational and entertaining glance into the lives, struggles and vulnerabilities of powerful women in the media. By directing their letters towards a “harmless lie” they had told in the past (or a “harmless mistake” in Ford’s case), all five women candidly exposed their greatest fears about losing loved ones, their journeys to self-empowerment, or their creative geniuses in the form of fictional tales.

What was particularly striking was Abdel-Magied’s letter recounting the harmless lie often told by female advocates about being “fine”. In an attempt to produce an infallible façade, women often hide their concerns or vulnerabilities at the expense of their mental health. However, Abdel-Magied reminds women that seeking the support of loved ones is empowering and integral to one’s wellbeing, and serves as a powerful call-to-arms to ditch the harmless lie and to ignore the connotation made between mental health and weakness.

The empanelled agreed that the sexist, entitled attitudes of male colleagues at all levels are to blame. As Abdel-Magied put it, “You are not a man … you are not in their club, and by the time you enter the workforce, you haven’t been for a very long time.”

Share
Previous The 10 Best Books Written by Women
Next All About Women, Part 2: Forgiveness, “Hate Male” and Biscuits