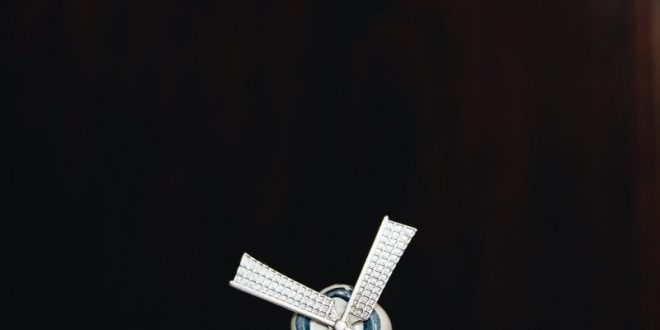 Windmill in a Hurricane

It is the sun setting one final time, a hurricane spinning a windmill. You see the objects in the world without their telos and everything fades into bland singularity. It seems less real—the world—because there is no animus, and as far as you are concerned, there never was.

So the story of your life is a meandering circle. All of this happens at once, these thoughts so natural now. A bespoke dread tailored in the depths of your own personal horror. A straightjacket disguised as fine livery, because the illness has the beauty of the grotesque.

These are just some thoughts on mental illness. My mood is usually stable but sometimes it truly feels like I have a mainline to the profound disquiet that is the subtext for our existence. What do I mean to communicate with this windmill image? In a word: ‘madness’; the frenetic gales of psychosis and the whipped dirt of depressive lethargy. This dirt forms a grimy film over your eyes and you see everything through the frame of the illness. Your epistemology becomes tainted. The windmill spins for no purpose in a maelstrom that takes no rest.

A problem that I’ve always had is reconciling myself with the illness. People talk of the ‘black dog’ and other such motifs, but for me I think of Prufrock’s eternal footman. My footman is not eternal, though, rather he is bound by my own mortality, a companion of sorts. I use this image because depression is a type of death. It kills you. Not just in the psychological sense, we know now that severe episodes of mental illness can permanently change the structure of the brain and also have physiological effects. My footman snickers too. From the shadows I will hear him, always there and always waiting.

I’ve heard people say that they would not get rid of their illness even if they had the option. For me, if given the chance, I would happily eradicate it from my life. However, this does not mean I don’t accept who I am, and this has been important for my recovery. For a time, I was in denial about what I was dealing with. What changed was a period of my being unwell and then being hospitalized.

For a time, I lived in a psychiatric facility for young people. Upon checking in, anything that could be used to harm myself was taken from me. Objects that I had never thought of as tools to be used in such a way were held by the nurses until they were confident it was safe for me to have them.

None of the doors locked and the bar from which I could hang clothes in my room was magnetic, meaning that if more than a certain amount of weight was applied it would fall out of place. It was here that I realised I had a problem, but also that I was nowhere near as bad as I could be. A lot of the people I met had it far worse than I did. They were good to talk to. Being able to chat with someone in a natural manner about the voices you sometimes hear or your desire to drive into oncoming traffic on the motorway was something I hadn’t been able to do before. This isn’t because of any fault of my family or friends. To be talked about in a nonchalant fashion, that extremity has to be experienced, and in the hospital I didn’t have to worry that I was freaking anyone out.

There was one thing that disturbed me though. In Thomas Mann’s novel ‘Magic Mountain’ the protagonist goes to a sanatorium to visit his cousin for three weeks. He ends up staying for seven years. A feverish phantasmagoria keeps him there, and at least in the way I understood it, Hans—like the other patients—is partially in love with his illness. A lot of the people I met had this type of relationship with their illness. This has something to do with identity. We all look for belonging and definition, and mental illness allows for that. I used to think of myself principally as someone prone to periods of elevated mood, a few months a year of severe depression and the occasional bouts of psychosis. It was comforting. However, in the hospital I saw what this could lead to: a semi-permanent residency in different psychiatric wards and a total acceptance of how things are.

In hospital I changed my relationship with my illness. I don’t treat it as something to be endured. So yes, the windmill still spins, and there are a few months of the year when I’m not at my best. But I’ve stopped my macabre infatuation with an illness that would destroy me if left unchecked.

Rhys is currently recovering from his experiences in ACCT1501. Following the resultant agony he switched from economics to philosophy and is now is his third year. He enjoys reading and attempting to write. His favourite books are The Ballad of the Sad Café, The Aleph and Other Stories, Culture and Value, and Le Grande Meaulnes.