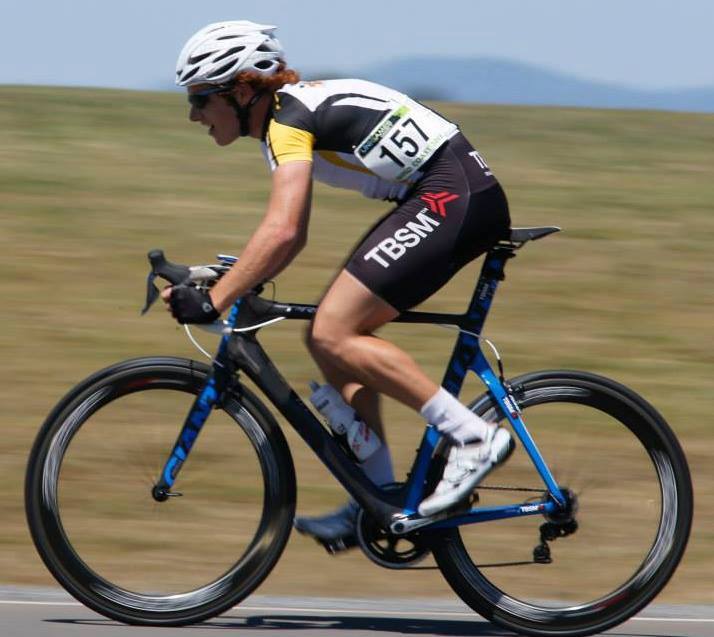 Will Anderssen and UNSW’s Cycling and Triathlon Club

“Racing bikes is definitely a thrill as it’s so fast and the adrenalin is pretty much always pumping!”

Twenty-one year old UNSW student Will Anderssen is clearly passionate about his sport. And who can blame him? Since his first competitive race at the 2012 Uni Games Will has enjoyed something of a meteoric cycling rise. Since then he has ridden to third in Sydney Road Titles, 59th in the National Road Race, and has competed in the National Capital Tour. He is now racing in the National Road Series.

Quite some achievement in under two years of racing. So what got Will started, and what keeps him motivated? “I became involved with cycling when I started uni as I had less time for other sports”, he says, “I could still ride my bike in the early morning or late afternoon and still feel like I’d had a solid workout”.

But what really started it for Will, as with so many of UNSW’s best athletes, was the Uni Games. That’s what got him really immersed in the competition he clearly thrives under. “I really got hooked”, he says, hooked on that adrenalin rush.

He hasn’t done it all on his own either. UNSW’s Cycling and Triathlon Club have been the catalyst for his success and Will can’t speak highly enough of them. As well as providing training, equipment and advice for the likes of Will, the club is open to all abilities and is only as serious as members want it to be. “The club runs social evenings, barbeques and group rides, so there is definitely a heap of fun to be had!”

Not everyone can be as dedicated as Will has been, but the Cycling and Triathlon Club offers a way into the sport, whether it be with competing and winning in mind, or just to stay healthy and socialise. As club President James Miller puts it, “Cycling is a great way to see the world around you, and really appreciate the beauty of the city or the quiet country roads, while keeping fit and staying social.”

Officially formed in 2013, the UNSW Cycling and Triathlon club represents the continuing growth in popularity of the sports in Australia, and particularly among young Australians. Students that join can expect a relaxed atmosphere where they can take riding as seriously as they want, and enjoy regular socials and events.

And that’s not even the highlight! “Most of all”, says Will, “the best bit is the shaved legs and lycra”.

Share
Previous On your mark, get set… and come out
Next Wild Beasts – Present Tense