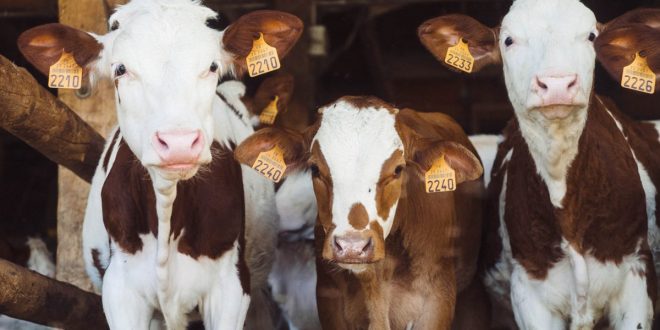 Why Seeing Vegan Food At UNSW Gets Me Excited, by Michael Dello-Iacovo

When I first started studying at the UNSW Kensington campus in 2016, it was a struggle for me to find good vegan food. My usual was the ‘classic falafel’ at Yummba, but since they closed up shop at the end of last year, I’ve had to move out of my comfort zone again and go searching.

I work with the Animal Voices club at UNSW, which organises advocacy, activism and social events on campus surrounding animal rights and related issues. Several new students asked me at this year’s O-Week where they should go for vegan or vegetarian options. It was then I realised I really didn’t have a clue what there was available on campus.

Being a scientist at heart, I decided to do some field work. Armed with a pen and paper, I started speaking to the restaurants and shops on campus, expecting the vegan fare to be rather slim. However, the range of options that are available now blew me away.

I want to give a shout out to Yallah Eat, where I ate the best (spiced) cauliflower I’ve ever had. Around 80% of their options are vegan, and I may have found my new regular. This newly available range of choices on campus has me excited, and not just because I love delicious vegan food.

I became vegan in 2014 after discovering the extent of the animal cruelty and environmental damage in animal agriculture, and later learned of some of the ways a plant-based diet can benefit one’s health. More vegan options on campus make it easier not just for me, but for everyone to enjoy food that is better for us, the environment, and of course, the animals.

Speaking a little more broadly, the availability of plant-based alternatives for products like meat, milk and eggs are exploding worldwide. Already in 2019, UK bakery chain Greggs has a vegan sausage roll and Australian supermarkets are stocking vegan Magnums and Cornettos. Forbes and The Economist called 2019 the ‘year of the vegan’ and I think they may be right.

I want to talk a little about why I think the availability of vegan options is such a big deal. I won’t talk so much about the cruelty side of the argument, as most people have heard this on some level by now. But in a time when climate change has come to the forefront of mainstream political and social dialogue, I believe that animal agriculture needs to be made front and centre too.

So far, the increase in global temperature due to human activity is estimated at around 1.0°C. This is likely to reach 1.5°C between 2030 and 2052 if it continues at the current rate.

In Australia, the animal agriculture industry accounts for around 11% of national emissions (carbon equivalent) when projecting the impacts over a 100 year timescale. However, when using a 20 year timescale, it accounts for 50%. This is because methane, while shorter-lived in the atmosphere, has a much stronger climate forcing effect. The proportion of methane in animal agriculture is much greater than in industries such as energy and transport, the amount of warming it will create over the next twenty years is significantly higher.

Carbon accounting can be complicated. Do we count the emissions of the transport of farmed animals under the transport sector, or the animal agriculture sector? These types of questions are important. For this example, these emissions would be considered part of the transport sector. However, if we remain solely concerned about which sector we should be focusing on this doesn’t necessarily give us the entire picture. Reducing the prevalence of the animal agriculture industry would reduce these indirect emissions as well, and possibly reduce net emissions more than focusing on the energy directly.

Despite what I see as a glaringly obvious elephant in the room, many of our politicians, even those who accept climate change (thankfully seeming to be in the majority), will ignore animal agriculture. I recently met Matt Thistlewaite, Labor MP for Kingsford Smith, and asked him why he talks about energy policy but not agriculture policy in relation to climate change. He changed the subject.

As a food source, animal agriculture is incredibly inefficient, even once we put aside the matter of climate change. When asked to think of farmed animals in Australia, we usually think of cattle and sheep roaming around fields, eating pasture. However, most animals raised for food in Australia are not grazing, but rather are raised in intensive indoor operations known as ‘factory farmed’.

Animals in such farms are usually fed grain, which is grown and transported to the farm. For cows, 1 kilogram of meat takes around 12 kilograms of grain, 9,500 litres of water and almost four litres of fuel to produce. Other farmed animals such as chickens and pigs have similar conversion rates. Soybean and corn are also commonly grown around the world for use as feedstock for farmed animals. These products could just as easily be eaten by people, resulting in even less land required to grow crops.

Regardless of whether the animals are grazing or not, a significant amount of land is required (either for their grazing or to grow the crops). Today, 26% of land on Earth is used for animal farming in some way. Land continues to be cleared in Australia and across the world to make room for more grazing and crop land.

82% of agricultural land in Australia is being used for grazing and this continues to grow. The land clearance required to make room for this grazing is putting native wildlife under threat, with 75% of the 1,640 threatened plants and animals in Australia being primarily threatened by habitat loss. An enormous 93% of land clearance in Queensland from 1988 to 2009 was to make room for livestock grazing.

In 2017, land clearance laws in NSW were altered, exposing 99% of identified koala habitats on private lands to clearing Cutting out animal products can reduce one’s food-related carbon footprint by up to 73%, and can bring food-related land use down to just 25%.

The livestock industry also produces a significant amount of waste. Globally, it is around 130 times that of the human population. This waste has to go somewhere, and much of it finds its way in to rivers, and often contains a range of diseases which can be detrimental to humans and wildlife.

If the waste reaches the ocean, it can create ‘ocean deadzones’, areas of the ocean with near-zero oxygen, resulting in long-lasting, detrimental effects. In some farms, fecal waste is sprayed in to the air, even near residential areas. This is an issue that disproportionately affects underprivileged communities, as the cheapest residential living is often nearest to farming operations.

The science around the health benefits of a plant-based diet are still somewhat contested, but there are a few things we can say with confidence. A well-planned vegan diet is nutritionally adequate for all adults, children and babies. But in addition to just surviving, vegans have a higher concentration of blood protein than non-vegans, and eating fewer animal products results in a lower risk of cardiovascular disease, type 2 diabetes and some cancers.

A reduced demand for animal products in Australia, or indeed globally, would directly result in less deforestation and emissions. This brings me back to why I’m so excited about more vegan food. As the range of choices continues to grow at UNSW and across Australia, I’m confident that we will start to see some real change in the environmental damage caused by the practices of the agriculture industry, even without government action.

Even if you think you could never be vegan (don’t worry, I used to think that too), more delicious vegan food should cause us all to celebrate.

Bio: Michael is undertaking a PhD in space science at UNSW, examining planetary exploration methods. He is also the previous CEO of Effective Altruism Australia and is involved with the Animal Justice Party, including as the candidate for Heffron in the 2019 NSW state election.

Share
Previous Variegated, by Madeleine Ackerman
Next The Rivers of China, by Jack Zhou