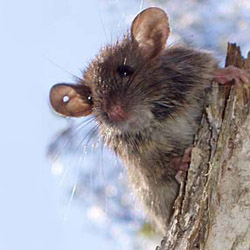 Why Oktoberfest 2013 was Cancelled

In breaking news, Tharunka has uncovered why Oktoberfest — the University’s largest social event on the social calendar — is “taking a break” for 2013.

Tharunka can now confirm the reason Oktoberfest has been cancelled is due to fear that ‘anti-social behaviour’, which transpired from predominantly non-UNSW students last year, would once again disturb a newly rediscovered native rat on campus.

Whilst existing in outer-Sydney bushland, the bush rat, or Rattus fuscipes, is an endemic species that was last sighted in 1901 in nearby Maroubra.

One Australian mammal specialist, who requested that her identity be kept out of the media, told Tharunka that biologists see the species as a ‘newer’ version of the native rodents. She also said that the discovery is startling.

“Bush rats generally prefer to live in dense undergrowth, and unlike the more aggressive black rats, they shy away from areas heavily populated with humans,” she said.

The bush rat’s numbers were decimated due to its close resemblance to the introduced, disease-spreading black rat.

Monetary awards were offered for black rats during the time of the bubonic plague, and many experts believe the bush rat populations suffered dramatically as a result.

“We want to take a closer look as to where they may have migrated from, and what motivated them to move to such a chaotic area. Based on reports of Oktoberfest last year, such an event would completely undo all of the work we’ve been doing,” she said.

“This is a very important species, and we want to do all we can to make sure their habitat isn’t destroyed,” she added.

“A research grant has been set up to track and monitor the species, with a proposal to commence a breeding program in the area, [and] there’s already been a program in the Mosman area that has been very successful.”

In spite of numerous attempts to make contact, the University has refused to answer Tharunka’s questions.

Chair of Arc, Chris Mann, told Tharunka that the student organisation has always maintained an obligation towards enriching student life on campus, which includes a commitment to the campus itself and the preservation of the species it contains.

“We’re disappointed about having to suspend the event, but will always work to maintain our relationship with the University,” Mann said.

“Students may be unimpressed right now, but this is something that will definitely be worthwhile in the long run” he said.

The announcement was greeted with an overwhelming response from UNSW students, most expressing their disappointment, with some threatening on social media to “make [their] own Oktoberfest on the Village Green”, despite the cancellation of the official event.

President of the Postgraduate Council, Josh Yen, expressed his disappointment with the move.

“It is disappointing to see science and research being put ahead of students, especially as the postgraduate community recognises the need for social and networking events such as Oktoberfest,” he said.

Yen also said that the event was a long-standing tradition at UNSW that promotes student life by providing an opportunity for students to let their hair down, socialise and celebrate surviving this far in the year.

The Disabilities Officer from the Student Representative Council, Joel Wilson, agreed, saying he was personally outraged by the University’s decision, and that not allowing the Festival to go ahead would impact the wellbeing and safety of students on this campus.

“Oktoberfest is a rite of passage at UNSW that has given students the opportunity to relax and de-stress before exams,” he added.

In an official press release distributed on the UNSW Oktoberfest Facebook page on June 11, Arc — UNSW’s student body that organises the Festival — said that the decision was made in response to a “swathe of complaints and security incidents” that occurred around the UNSW campus.

“The decision to suspend Oktoberfest comes down to the reality that Arc, in fact, is responsible for the drinking that occurs not only in the event but also outside. We can’t just ignore what Oktoberfest and the wider, more infamous culture around it has become,” said former Chair of Arc, Alex Peck in a blog post on June 28.

However, there were many reports from security personnel who reported that much disruption was caused by disgruntled individuals who were unable to gain entry.

Ali Chehab, an employee for the security company I-SEC, explained that were contacted for last year’s Oktoberfest. Chehab told Tharunka that the majority of security incidents were caused by students from an unnamed Sydney University.

“It became clear to us, upon identifying individuals involved, that they were not students from UNSW,” he said.

“The issue was not with UNSW students, who have a great affinity for their campus. So as result, we’re looking at our options to modify the event in future, so there’s less outside intrusion. This will keep the campus intact and all the species that reside in it undisturbed, so everyone will win,” Chris Mann said.

*Arc has allegedly been lobbying the University to allow the inclusion of the Village Green oval area into the official Festival; however the University has thus far refused to entertain this suggestion. Previously, the University has allegedly strongly encouraged Arc to implement limited ticket sales of 5,000, instead of previous years’ ‘one in, one out’ policy, a move that decreased student participation significantly.

[twitname]reneesgrenades[/twitname]
Share
Previous Politics, Ice Cream & Gossip Girl: Can Rudd save Labor?
Next If I Ruled the World with Eva Cox