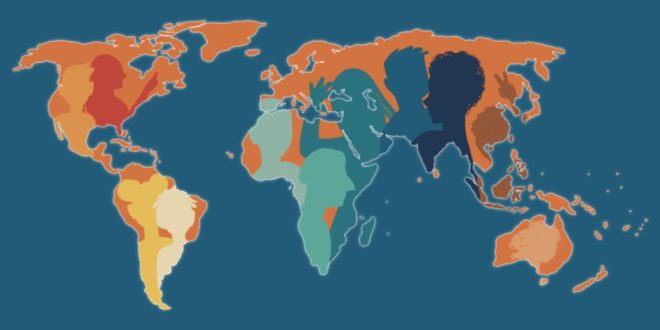 Who am I? The struggle for diasporic groups in finding their identity

They say home is where the heart is. For those whose identities and sense of self fit into neat categories and distinctions, this seems to be the perfect sentiment. For those with identities that span across borders and time zones however, it is slightly harder to attach meaning to this phrase.

They say home is where the heart is.

For those whose identities and sense of self fit into neat categories and distinctions, this sentiment seems to be the perfect, almost idyllic, depiction of who they are, and where they belong.

However, for those of us with identities that span across borders and time zones, it is slightly harder to attach meaning to this phrase, especially when the elements that make up where your home and heart seem scattered and miscellaneous.

Through the latter, I am referring to individuals who belong to various diasporas.

Traditionally speaking, the term ‘diaspora’ derives from Greek origin and literally means “a scattering or sowing of seeds1”. In a theoretical sense, the term has described the movement of people – either through voluntary or forced means, from their country of origin, or “traditional homeland”2, to another destination. This includes populations that have, as a result of modernisation and globalisation, migrated from one country to another3.

Diasporic populations have been the subject of academic studies for decades. A common focus has been on describing and capturing the distinct fluid and dynamic nature of their identities4.

One concept that stands out from the scholarly discourse and debate is the myth of return. Put simply, it explores how the ideas and conceptions that one has of their country of origin become increasingly blurred and obscured the more time they spend in their new ‘home country’.

The myth of return is a concept that underpins not only the experiences of diasporic groups, but also their existence.

As Cakmak 2021 put, it reflects the “emotional tie[s] that diasporic communities keep with their home countries”5. This is especially important since diasporic groups are often faced with intersecting identities – something I know of too well.

Being Indian-born and migrating to Australia when I was 5, I have found that my sense of self and identity have been in a constant state of punctuated equilibrium (shout out to Year 11 biology).

On one hand, my identity is made up of my lived experiences being in Australia and being an Australian. I wear socks and thongs during winter, I mourned the death of the Sunnyboy, and have resorted to saying “no worries” in almost every situation.

On the other hand, my family’s frequent trips and close ties to India have also meant that Indian culture, and being Indian, is a big part of who I am.

Now, with over 700 0006 others in Australia like me (people of Indian origin), I am aware that I am not alone in my squabble with my identity. This squabble has been complicated further by the myth of return. This is because underpinning the myth of return is the tendency to have an understanding of your homeland that is frozen in time. In other words, one’s identity and ties to their place of origin are underpinned more on nostalgia and reminiscence, rather than an actual lived experience.

What begins to happen then, is that their ‘new homeland’, starts to feel more like home than their place of origin – even if they feel like they don’t fully belong7.

Common sense might say “check your identity documents”, which is a valid piece of advice. After all, your passport is an official indicator of your nationality. However, I have both an Australian passport, and an OCI (Overseas Citizenship of India) card.

So even my official identity documents, which are supposed to state where I’m from in writing, can’t provide me with a definitive answer.

Now, it should come as no surprise that COVID-19 has only exacerbated the myth of return for diasporic groups. With border closures and travel restrictions, for many, it has been almost 2 years since they last visited their places of origin (for others, even longer).

To add to this, Australia’s most recent (and controversial) ban on citizens coming from India8 has put further strain on those in the Indian diaspora attempting to forge and maintain ties to the homeland.

This leaves us questioning what a post-COVID world will look like for first generation migrants in Australia. Will it make us more proactive in holding onto our places of origin? Especially given that we do not know when we will be able to return? Or will we become more willing to accept a hybrid way of thinking about our identities and sense of self and place?

Either way, at least one thing seems clear: home is where you make of it. And if you happen to have an identity that spans across borders and time zones, maybe it doesn’t have to be one or the other.

After all, isn’t that the beauty of being a migrant?

Share
Previous Are You Still Watching? The Age of Reboots, Remakes and Spinoffs – How Hollywood is Leeching Off Nostalgia
Next UNSW professor takes on government to reveal information on Australia’s role in the 1973 Chilean coup