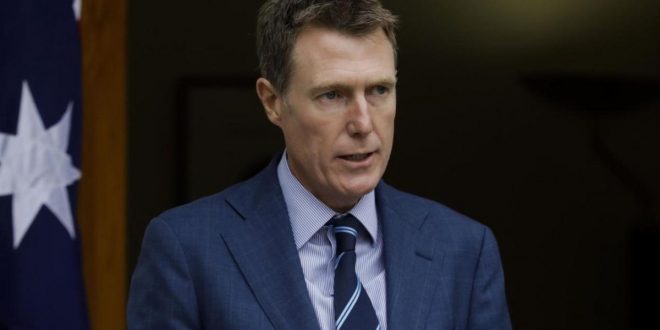 What Women Lose: On the Attorney General’s Historical Rape Allegation

In the summer of 1988, two high achievers attended a World Debating Competition. One of them then began to deteriorate and eventually took her own life. The other went on to assume one of the most powerful political offices in the country.

Becoming a policy advisor in Canberra and working in government is a long-held dream of mine – but now, because of these allegations and the chorus of voices coming forward, I question the cost of actualising that dream and, I wonder, how many ambitious women have, in the past, considered this and decided that the price was simply too high?

Despite progress made and many incremental steps forward, it is devastatingly apparent that Australia is still a country where, in this case and many others, whiteness, maleness and richness prevail above all else. Where the word of a powerful white man is the final decision on every matter, where the presumption of innocence and the right to procedural justice is only extended to those at the very top of our social hierarchy.

Christian Porter, the privileged son of an Olympian and present Commonwealth Attorney General, is at the apex of this hierarchy. He came forward last week as the minister alleged to have committed a historical rape, in 1988, at a debating competition held at the University of Sydney. He was 17 at the time, and the woman in question, his team member, was 16.

She committed suicide last year and the case has since been dismissed by the NSW police due to a lack of admissible evidence.

Porter has categorically denied all the allegations levelled against him. Yet he claims, in a press conference, that it is “not impossible” that he was 1) alone with the alleged victim 2) made a deeply sexist comment about her making a “good wife” as she ironed a shirt in front of him 3) was photographed sitting next to her at a formal dinner that night and 4) went drinking and dancing with her shortly after. But his recollection of that week (33 years ago, as he has strenuously emphasized) is hazy. (Yet he seems to remember a bowl of prawns, for some reason).

ABC’s Four Corner episodes about the ‘Canberra Bubble’ explore the Attorney General’s long and extensive record of misogynistic behaviour. The following are just some highlights:

He has rejected calls for an inquiry which, if he is innocent, will clear his name. This is interesting as several legal experts have stated that, in their experience, wrongfully convicted victims are usually desperately in favour of inquiries or investigations of any kind and are rarely opposed to the chance of being exonerated. Porter has claimed that he would have to disprove “something that didn’t happen” which, as a former prosecutor, he should know is untrue. The onus is on the plaintiff here, not the defendant.

He refuses to step down as Attorney General because the “rule of law” needs to be upheld. Yet, the presumption of innocence that he demands, he himself did not extend to the millions of Australians whose livelihoods were destroyed by ‘robodebt’ an unlawful automated debt recovery method he introduced and refused to apologize for, even after a class action lawsuit. He states that his case is not analogous to Dyson Heydon’s because it is not a workplace matter – but is it not squarely a requirement of his job as first law officer of the land to be a fit and proper person of the highest moral character? He claims to be the victim of trial by media, subject to the most “vile” and “unrestrained” series of attacks in modern Australia. However, Julia Gillard, Gillian Triggs, Yassmin Abdel-Magied, Emma Husar and Christine Nixon are just some of the many women who have been subjected to similar media scrutiny for claims far less serious than allegations of rape.

The double standards are glaringly obvious, and the layers of hypocrisy are endless.

The alleged victim was, by all accounts (including Porter’s), a brilliant and remarkable woman. She has been described as sharp and articulate and was considered one of the greatest Australian debaters of her generation. She was academically gifted, graduating with dux of humanities at school and first-class honours at university. She was a historian and an author. According to her friends, she was a warm, compassionate, dazzling human being who was far more memorable than she is being made out to be in this case.

She did, however, struggle with a whole host of mental health issues (including an eating disorder and multiple psychiatric institutionalisations) that impacted every facet of her life, including her career. Her loved ones mourn not only the loss of her life, but also the person she could have been, had she not been subjected to such severe trauma. All the while, her alleged assailant’s rise has been arrow-swift, and he checked off ambitions he felt entitled to even as a teenager.

Her allegation was released publicly amid a whirlwind of shocking discoveries about the treatment of women in parliament.

In this past month, the toxic culture in parliament and Australia more broadly has eroded to its skeleton.

Brittany Higgins, a former media advisor who worked in Parliament, recently revealed that she was allegedly raped by a senior colleague whilst unconscious on a minister’s couch, less than a month into her new role. She was left there afterwards, exposed and in extreme pain. Security found her in that state and did not call for an ambulance. When she told her supervisors about the alleged assault, she was dismissed and at one point, called a “lying cow” by the minister who was responsible for her.

Annette Kimmitt, chief executive officer of law firm MinterEllison, sent an email to her staff after learning that the firm had agreed to take Christian Porter on as a client. When she expressed her concern and questioned the absence of company procedure in agreeing to advise the Attorney General, she was stood down. The law firm’s board decided that her position was untenable because she showed empathy for a possible victim of assault.

It is obviously distressing for women to hear about the injustice of this all and see this saga unfold the way that it has. But the effects of this crisis are more than just disheartening – for many people, they are deeply personal, soul shaking and world altering.

Many female students at UNSW (and women in general) that I have spoken to have expressed their tremendous disappointment in the government for its handling of the situation and the lack of empathy shown to the alleged victim and other survivors of sexual assault. One student echoed these sentiments and further commented that “the impunity with which these men act is probably the most troubling of all – but it is the least surprising since they almost always get away with it.”

Given that this is true, I wonder why we are so surprised by the staggering underrepresentation of women in positions of power when the most powerful institutions in the country are fundamentally geared to exclude them?

What does it say about our society, our culture, our media and our government that a woman’s life, and every aspect of it including her career, safety, physical and mental wellbeing, is being ascribed less weight than a man’s reputation?

Why are women’s struggles treated as trivial and insignificant, but men’s public images treated as matters of great import and concern?

What more do women have to lose to warrant an appropriate response to their treatment in this country?

Perhaps, this will be the social reckoning needed to do so. Although it seems unlikely, given the Prime Minister’s fervent rejection of an independent inquiry into the Attorney General’s conduct.

Nevertheless, a vast undercurrent of trauma and inequity is finally welling up and women’s bodies have always been the test sites upon which governing hierarchies are both reiterated and broken down. Let us hope that this time, for these women, it is the latter.

Reading about these issues can be distressing, and emotionally exhausting. If you need help, or someone to talk to, Tharunka encourages you to call any of the following numbers:

Disclaimer: Tharunka is not making any allegation that Christian Porter committed the alleged offences.