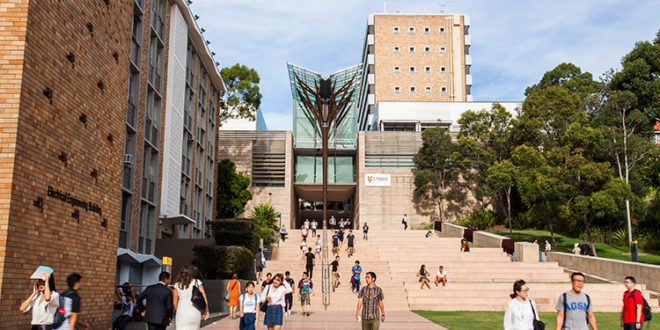 Guy explores the role of the Academic Board and whether student elections are able to affect university decision-making.

The Academic Board is the principal academic body of the University responsible for “approving academic proposals and for providing advice on academic policy, the academic strategy, and academic standards”. It has a large membership, consisting of the Vice-Chancellor, Deputy Vice-Chancellors, the various Deans, professorial and non-professorial representatives from each faculty, elected student representatives and student officeholders. A full list can be found here.

The Academic Board advises Vice-Chancellor and the UNSW Council, which is the peak governing body at the University. It is comprised of 15 members, including 2 elected student representatives: one undergraduate and one postgraduate. A full list can be found here. Due to its wide-ranging responsibilities, the Academic Board has a particularly important role in shaping the student experience at UNSW. Students elected to the Board have the rare and valuable opportunity to communicate student concerns to actual decision-makers in positions of authority. An election is currently being held to elect students to the Academic Board for a term of 2 years commencing from the 1 January 2022.

However, as students are outnumbered on the Academic Board by staff and management, it raises the question of whether student representatives have sway on decision-making.

Chair of the Arc @ UNSW Board Laura Montague, who holds a seat on the Board in an ex-officio capacity, told Tharunka that, “although students are outnumbered on the Academic Board, my experience has been that voices are valued extremely highly, and we are always provided with the opportunity to bring issues that we believe concern the student body”.

SRC President Tom Kennedy provided us with some more specific insight of the politics of the Board, stating that management and students generally vote in blocs, while representatives from different faculties often came to differing views on issues. While he agreed that the Academic Board is “fairly receptive to student concerns”, he noted that they “may oppose certain solutions proposed by students”, and required support from either faculties or management to ensure student proposals are endorsed by the Academic Board.

Mohique Gajdhar, who is currently serving as an undergraduate representative to the Board until the end of the year, seemed to echo these sentiments. He noted that while student representatives were listened to, their proposals were only accepted from “time to time”. He gave the example of a student proposal to standardise final exam weights to 40%, which was instantly dismissed.

One major achievement that all the Board Members we spoke to noted was the standardisation of late submission penalties to 5% per day, which will run as a trial in 2022 and then potentially be renewed. This reform is intended to ensure students who submit their work late, an occurrence commonly due to mental health struggles, are not disproportionately penalised.

While the authority of student representatives on the Academic Board is clearly constrained, their importance as spokespersons for the student body and strength as a voting bloc in Board decisions remains cannot be understated.