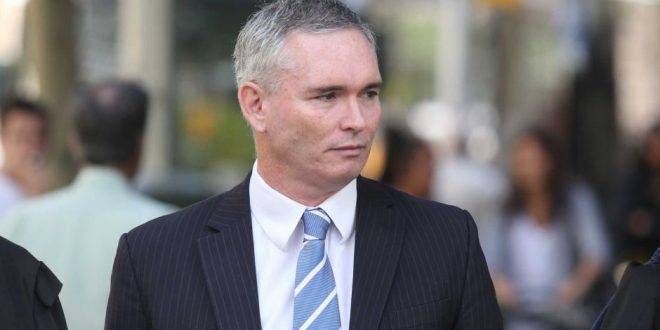 What Happens When A Fraudster Refuses To Repay Their Victims?

Last year, our friends over at Honi Soit reported allegations that a University of Sydney student had stolen $12,000 from various student societies on campus. If the fraud is proven, how will the societies get their money back? And, upon reflection, are we really comfortable with using the media to name and shame students in this way?

To answer these questions, let’s trace a famous case of fraud by an Australian politician. This story tells us a great deal about the power of the media, and shows just how powerless the courts are to enforce their decisions.

Take your mind back to 2013. The country’s Prime Minister is Julia Gillard, and she holds power by a single seat in the Parliament. But then one of her MPs, Craig Thomson, is arrested. He’s accused of using his union credit card to steal tens of thousands of dollars from the Health Services Union between 2003 and 2007, and spending the money on sexual services. Police charge him with 225 counts of fraud and theft. He pleads not guilty.

In a summary trial, Thomson is convicted of 65 of the 225 charges, amounting to $24,538.42. Magistrate Charlie Rozencwajg sentences Craig Thomson to three months imprisonment and a nine month good behaviour bond. But his lawyer immediately appeals.

On appeal, Judge Carolyn Douglas dismisses 49 fraud charges. One theft charge is withdrawn and three are dismissed. In the end, Judge Douglas convicts Thomson of only 12 theft charges, amounting to somewhere between $4500 and $6650. He’s ordered to pay a $25,000 fine and $5,650 in compensation to the union.

In effect, Thomson was found not guilty of fraud because the police didn’t understand how credit cards work. Judge Douglas said, “Each charge is pleaded incorrectly; it is a fatal flaw…This is a court of law, not morals.” Police had alleged in their charge sheets that when Thomson paid for personal services using his credit card, he was stealing from the bank. But Thomson’s lawyer argued he was actually stealing from the union, which made the charges invalid.

Dismissing the three theft charges, Judge Douglas said, “on the balance of probabilities, it is very likely he misused those funds as it is very suspicious. However, applying the criminal standard of proof, I am not satisfied beyond reasonable doubt that he is guilty, so I find him not guilty.”

In short, Craig Thomson got away with it. He escaped a jail sentence, and the bulk of his crimes went unpunished. Judge Douglas said, “The evidence was overwhelming as to his dishonesty. The rules were clear, that the HSU funds were to be only used for HSU business.” And yet she could do nothing about it. In 2015, the Sydney Morning Herald reported that Thomson planned to pay the fine at a rate of $50 per month.

The NSW Supreme Court revisited the case in 2018, when Thomson tried to apply for a practising certificate as a lawyer. The court refused his application on the basis of his theft conviction, and noted that “as at 13 June 2018, he had paid the fine but not the compensation.”

Let’s get this straight. Fifteen years after stealing the money, and four years after being convicted of theft, Craig Thomson still hadn’t paid the money back to the union.

If you think the answer is to sue the fraudster to get the money back, well, the Fair Work Commission tried that. They pursued Craig Thomson for using his position as HSU National Secretary to misappropriate union money for his electoral campaign on the Central Coast. In 2015, they got a judgment for $175,550 in penalties, $231,243 in compensation to the union, and $146,937 in interest. But once more, the Supreme Court tells us that “as of 13 June 2018, he had not paid the penalties, compensation or interest.”

The media circus, on the other hand, has delivered results. Once it became clear that the allegations weren’t going away, Craig Thomson was expelled from the Labor Party. He lost the seat of Dobell at the 2013 federal election. During his sentencing hearing in 2014, he said he had no assets, and the permanent damage to his reputation made it difficult for him to find work. A Google search for his name reveals hundreds of contemptuous articles about the HSU expenses scandal. In 2016, the House Privileges Committee reprimanded him for deliberately misleading the Australian Parliament.

Even in one of the most famous cases of fraud in Australian politics, our justice system has failed to force the perpetrator – who spent over $400,000 on legal fees during his criminal trial – to pay back even a portion of the sum he stole. And so the real punishment in this case comes from the media, not from the courts. Having been a media student at UNSW in the 1980s, Thomson would understand this kind of power.

The seemingly inescapable conclusion is that we have to be able to use the media to call out fraudsters, because it’s the best tool we’ve got.