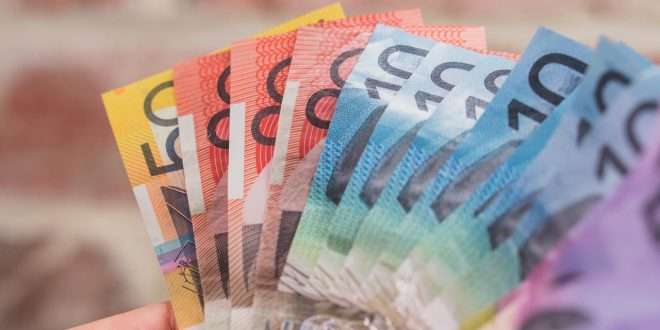 The stage 3 tax cuts were legislated in 2018, back when Scott Morrison was the treasurer of Australia and the word ‘Coronavirus’ would elicit nothing but a blank stare from most people.

Throughout their now-defunct election campaign, the Liberal government marketed the tax cuts as a measure that will allow hard-working Australians to keep more of their money and support struggling Australian citizens. Set to come into effect in July 2024, the tax cut will primarily reduce the rate of income tax paid by Australia’s highest earners. At the same time, the Low and Middle Income Tax Offset (LMITO) will come to an end after the 2021-22 financial year. These combined tax changes will see bankers, CEOs and politicians receive an annual tax cut of $9075, while nurses, teachers and chefs will pay $1080 more in tax annually according to a 2022 report made by left-leaning policy think-tank the Australia Institute.

Proponents of the stage 3 tax cuts have suggested that we needed them for “extra fiscal stimulus” throughout the pandemic. This ignores the fact that tax cuts to higher earners have been found to be less effective in boosting investment, productivity and demand within the economy than cuts for lower earners. Regardless, this argument is a moot point in current economic conditions- with inflation at a whopping 5.1%, the RBA’s current objective is to reduce peoples’ spending power and curb domestic demand, not stimulate it. Time will tell what economic conditions will look like in 2024.

In a Q&A episode, in response to a 20-year-old’s lament about living paycheck to paycheck amongst international crises and rising costs of living, Liberal Minister for Employment Stuart Robert said such struggles were “why, in terms of coming forward to July 1, 2024, we [will] bring forward the next round of tax cuts that knocks out an entire tax bracket”.

This response is astounding, given that none of the benefits will be going to Australia’s most vulnerable. Those earning $45 000 or below annually will receive no benefit from these updated tax settings.

Having the support of both major parties, this tax cut appears to be all but inevitable, even as a record number of Australians take on second jobs to combat rising costs of living. It is unlikely that the nation’s highest earners are among those forced to take on multiple jobs to support themselves.

According to another Australia Institute report:

“Despite benefiting fewer people than the LMITO, the stage 3 tax cuts are expected to reduce government revenue by about twice as much.”

The tax cuts are projected to cost $300 billion over the following 10 years. We are facing up to 15 years of deficits following the pandemic. It is likely that this $300 billion hit to the budget bottom line will force the government to cut corners in public spending. This will have untold impacts on essential public services over the next 10 years, including the government’s capacity to support struggling citizens.

So, what could have motivated the 2018 government to legislate these tax cuts?

I reached out to UNSW Business School academic Mark Humphery-Jenner to gain a little more insight. He reasoned that the stage 3 tax cuts are set to make Australia a more attractive place for foreign and domestic talent by allowing high earners to keep more of their money. Mobility of our labour force means Australia must compete for talent with Hong Kong, Singapore, China and the US, all of which have lower tax rates than Australia. The policy would also encourage higher skilled people to work more hours by reducing the losses associated with moving into higher tax brackets, thus facilitating more productivity and innovation.

This policy was also proposed to address bracket creep, which happens as wages rise with inflation, pushing people into higher tax brackets while their spending power doesn’t increase. According to a Financial Review opinion piece, the combined stage 1, 2 and 3 tax cuts would offset bracket creep over the next 10 years amongst rising inflation.

Despite these benefits, some would argue that the tax cut isn’t worth the expensive price tag, given rising welfare concerns for our lowest earners and the current budget deficit. It’s also difficult to predict how these benefits will materialise. Some economic research has suggested that while top earners indeed “relocate across borders for tax reasons”, the effects of lowering personal income tax without reform to industry policies may not be sufficient to substantially increase international competitiveness in, as the paper calls it, the “tax competition game.”

There is also some scepticism that bracket creep will be a substantial issue over the next few years, as wages have remained stubbornly stagnant in recent years. Regardless, in times of fiscal deficit, bracket creep can play an important role in repairing the budget bottom line. Because that income tax makes up around half of government tax revenue, there is an “important trade-off between fiscal management and providing personal income tax cuts”, especially in times of budget deficit.

The aforementioned Australia Institute Report takes a slightly more cynical approach to the reasoning behind the stage 3 tax cuts, suggesting that they were implemented strategically for political gain. Their report stated that “In Australia’s representative democracy, the geographic spread of the benefit of the various tax changes is important”. A greater cynic may also point out that federal politicians, whose salaries start at $211 250 per annum, are among those who stand to receive the highest personal benefit from the tax cuts.

As pointed out in a recent ABC article, the stage 3 income tax cuts will put $15.7 billion back into the pockets of Australia’s highest earners in the first year of the policy.

Essentially, this policy has the capacity to exacerbate both inflation and the budget deficit while providing no support for those who bear the brunt of the hardship caused by rising costs of living.

Economic effects aside, experts have puzzled over the government’s choice to commit to these tax cuts so far in advance, when economic forecasts can be hit or miss even when global crises aren’t thrown into the mix. A 2019 Grattan Institute report criticised this choice to legislate the cuts so far in advance, stating that “there is absolutely no need for the Government to tie its hands by committing to the Stage 3 tax cuts now.”

“Certainty” was Scott Morrison’s reasoning to legislate them so far in advance, suggesting the decision would give the private sector ample time to adjust their operations in line with the tax changes. Clearly, he was confident that economic conditions would continue chugging along as usual: back in 2019, inflation was at 1.9% and the economy was looking like it could use a boost.

In the fallout of the Covid-19 crisis and international conflicts which continue to disrupt global supply chains, our domestic economy has been affected in ways that no Treasury could have feasibly predicted back in 2019.

This 2019 ABC article sums it up well, slamming the government’s unabashed eagerness to “lock in the biggest income tax cuts in modern history for five years down the track, with only the Treasury’s projections to assure them the nation can afford it and no plan-B announced if those projections turn out to be wrong.”

Previous We emailed 100 election candidates. Here’s what they wrote back.
Next Should there be more Grindr ads in election campaigns? 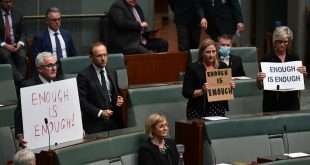