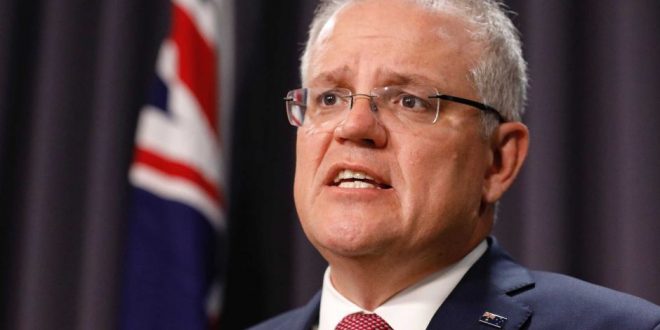 Well Scotty, Looks Like You Can’t Escape To Hawaii Now, Can You?

The vague nature of COVID-19 has created a storm of panic and confusion across the globe. Australia is no exception. Panic buying of toilet paper, flour, and pasta have turned supermarkets into gladiator arenas.

None of this panic is aided by the government’s lacklustre response to the spread of the virus. After weeks of downplaying the severity and lethality of COVID-19, the Morrison government has enacted some measures – albeit fairly meagre in comparison to other countries who have put in place strict lockdown laws in order to #flattenthecurve. From 17 March, the federal government’s stance on COVID-19 has ramped up in terms of urgency, but it has not been enough to curb the spread of the virus.

The government’s strategy of focussing on economic compensation in the fight against COVID-19 is a kind gesture for those who will face an extreme financial burden, but it is not going to alleviate the burden the healthcare sector is already facing.

It is in the healthcare sector where the largest trauma is being felt, with doctors and nurses having to turn away those who present flu-like symptoms at the hospital due to the lack of testing kits. Stringent criteria are limiting tests to people who have returned from overseas in the last month, and display flu-like symptoms.

Speaking to ABC News, immunologist John Dwyer warns of a lack of available testing kits, and cautions that tests take up to three days to provide results. Newer testing kits have been developed that provide results in 15 minutes, but again, widespread testing is not being conducted and the Federal Government has not given any indication that testing will increase in the foreseeable future.

It is not just testing kits that are in short supply; disposable masks are also being rationed at hospitals and clinics nationwide. The World Health Organisation (WHO) have urged the public to reserve masks for those who are presenting symptoms or those who are caring for patients with COVID-19. Again, the Morrison government has not addressed how they will combat the lack of resources for medical staff.

Schools have also felt the burden of COVID-19: the initial stance was that as an essential service, particularly for parents who work in the healthcare sector, school buildings would not be shut down and moved to online classrooms. Scott Morrison went so far as to threaten schools who did shut down with fines. This led to #closeschoolsnow and #shuttheschools to be trending topics on Twitter during this past week.

However, in the span of four days, the federal government has allowed for states to shut down all schools, effective from 24 March. Whether this was due to those trending hashtags or the fact that the number of confirmed cases nearly doubled within a week, we will never know…

In the span of a single week, the nation has witnessed their leader go from proudly announcing his attendance at an NRL match in defiance of all logical reasoning, to enacting lockdown policies that have been described as “draconian”. During the bushfire crisis, Scott Morrison and his Cabinet showed Australia that their strategy in a crisis was to retreat and only face accountability when they had no other option. They are doing the same in the face of the COVID-19 emergency that has been public knowledge since January.

Share
Previous What Impact Will COVID-19 Have On Regional Australia?
Next On Living a Social Media Lie