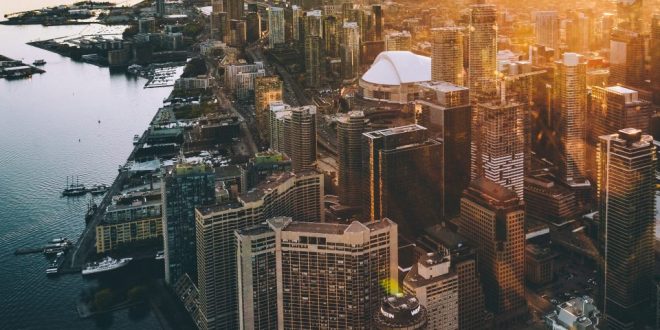 The global environment is in crisis. Global political superpower and supposed thought leader of the democratic world, the United States, has retreated from the Paris Agreement. Instead, it is ‘climate change champions’ such as Justin Trudeau who will guide us through the smog to a cleaner, greener future. Or at least, that is how some have positioned him.

The Canadian Prime Minister has been seemingly outspoken about combatting climate change, however, a closer examination of his domestic policies reveals a very different picture. Trudeau has unfailingly protected the Canadian oil industry, thereby choosing to protect economic growth above all else while undermining the very values that he purports to promote.

On the surface, Trudeau is a beacon of environmental progressivism; he has repeatedly affirmed the 1.5°C temperature limit for global warming contained in the Paris Agreement, partnered with French President Emmanuel Macron to push for a global price on carbon, and has proclaimed that much can be learnt from indigenous peoples about caring for the planet.

Indeed, Trudeau has challenged other countries to address climate change using the strongest moral terms, proclaiming at a UN General Assembly address in September 2017 that, “no country on the planet can walk away from the challenge and reality of climate change… we have a responsibility to future generations”.

This resolute stance contrasts starkly with US President Trump’s approach, with Trump having withdrawn from the Paris Agreement citing concerns about American sovereignty being undermined. Contrastingly, Trudeau’s apparent climate leadership has garnered him many fans around the world.

It is , however, Trudeau’s curated image which belies his Janus-faced policies. He consistently protects and promotes Canada’s oil and gas industry, which constitutes the largest source of exports for Canada and a significant contributor to economic growth. In 2017, Trudeau proclaimed at an energy industry conference in Texas that “no country would find 173 billion barrels of oil in the ground and just leave them there.”

True to his word, Trudeau announced in May 2018 that the Canadian government would be buying the Trans Mountain oil pipeline and undertaking expansion works, in order to ensure the controversial pipeline would get built and make it cheaper and more convenient to transport and supply oil from the tar sands of Alberta. Protests by indigenous peoples about the potential environmental devastation caused by the project were largely unheard until the Canadian Federal Court of Appeal stalled the project by ruling that the government had failed to properly consult them, and could not proceed with the project until re-consultation efforts were made.This is highly disappointing, for a government that was elected on a platform of promising greater participation of First Nations peoples in decision-making processes on oil and gas projects.

In the face of criticism, Trudeau has pointed to his carbon tax plan to underscore his green credentials, but the plan has received much resistance, with many provinces opting out and privileging their own policies. Further, adopting these policies does not negate the harm caused by flourishing oil and gas projects. Oil and gas already make up about one quarter of Canada’s greenhouse emissions. As commentator Damien Gillis has estimated, the emissions from the Trans Mountain project would ‘equate to adding about 3 million cars a year to the road’.

More generally, Canada’s expanding oil production and existing climate policies will lead to increases in emissions, rendering it more difficult for Canada to meet its pledged climate targets and potentially contributing to an increase in global temperatures by 5°C by the end of the century rather than helping to limit it to 1.5°C. Thus, Trudeau is choosing to sustain Canada’s continued reliance on oil exports instead of making greater attempts to transition the economy, with massive implications for collective efforts to combat climate change. This shows, contrary to his image abroad as a climate crusader, Trudeau lacks political courage to change the status quo.

Trudeau’s government is not the only one in the developed world that essentially preaches do as I say, but not as I do. German Chancellor Angela Merkel has remarked that ‘climate change will determine humanity’s destiny’, yet Germany’s emissions have barely reduced in recent years, with the booming coal and automobile industries being a key part of the problem.Similarly, Norway proudly publicises its low domestic carbon footprint, but seeks to expand its oil and gas production in the Arctic.

Not only are these stances stunningly hypocritical, they also spotlight the unequal playing field held by Western developed countries in the fight against climate change. While we have, in the past, benefitted greatly (and continue to benefit) from emissions-intensive industries to stimulate economic growth and development, we claim moral high ground against developing countries who have not had the same opportunities. We also demand that they constrain the growth of their own emissions-intensive industries or to shoulder equal responsibility for combatting climate change for the good of mankind. Meanwhile, developing countries such as India and China have in fact been some of the biggest investors in renewable energies, with little fanfare.

It is therefore both unsurprising and understandable that some developing countries have been skeptical of Western calls for action on climate change, and reject many of the climate regimes pushed onto them by the West. If these Western leaders truly wish to display leadership and take action against this pressing challenge they would practise what they preach. These criticisms are valid and deserving of consideration by the West. We must take figures such as Trudeau and Merkel off the pedestals that have often been built up around them, and contest these narratives by unfailingly scrutinising their policies. Only by placing unrelenting pressure on them and demanding accountability for the promises they have made and the words they have spoken, might we finally see true climate leadership.

According to a report published by the Intergovernmental Panel on Climate Change (IPCC) last October, the rest of the 1.5°C carbon budget agreed upon in Paris is likely to be used up within the next three to ten years. Among other effects, It is estimated that a 1.5°C increase in temperatures will lead to the loss of 80% of coral reefs, and all coral reefs will be lost at 2°C. In such a context, we cannot afford to continue being passive or continuously pointing the finger at others, and must push for galvanised global efforts to tackle this issue, starting with solid domestic efforts; failure to do so may just prove to be catastrophic for the future of the planet.

Bio: Crystal is an International Studies/Law student, cat-whisperer and cheese devotee, Crystal’s favourite topics to discuss and dissect include issues of diasporic cultural identity, intersectional feminism and environmental politics. In her spare time, she is an avid reader of dystopic fiction and a film fanatic who will watch anything ranging from Disney to Yorgos Lanthimos films.

Share
Previous The Rivers of China, by Jack Zhou
Next S.O.S to ASOS, by Justine Ching