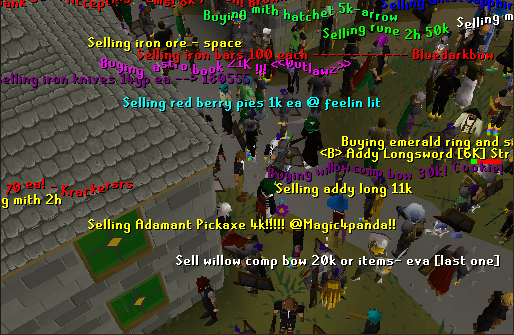 Welcome to the Virtual Plaza

Art never exists in a vacuum, and nor does the artist. Watching a film, or reading a novel, or listening to a piece of music not only involves experiencing the work itself, but the work as a response to the artist’s environment, to other thematically relevant works, and to other artists. This is, I think, what allows subcultures to form; without a consistent set of ideas or a shared response to social circumstances, there could be no drawing together of disparate artistic media.

We are now in an age where the Internet is one of the most dominant cultural features of our lives. The Internet mediates a good portion of our interpersonal communication, as well as our access to information and media. The question, therefore, can be asked: has the Internet facilitated the creation of new subcultures that, otherwise, are unlikely to have ever existed? My answer would be a firm yes, in the form of a deeply self-referential and ironic online subculture known as “Vaporwave”.

To begin to elaborate on this answer, it is helpful to see how a familiar subculture, early hip-hop, was drawn together by a shared response to the world. Early hip-hop was born out of anger at widespread African-American poverty, in combination with the devastating effects of the crack cocaine epidemic and the war on drugs. This anger combined with the development of new technology, such as turntables, to create a genuinely new form of music.

However, the iconoclastic culture of hip-hop extended far beyond the music. DJ Afrika Bambaataa, one of the earliest influential hip-hop artists of the eighties, described what he called the “four pillars” of the hip-hop subculture: rapping, DJing and record mixing, breakdancing, and graffiti art. Importantly, as argued in Jeff Chang’s book Can’t Stop Won’t Stop, all elements of this subculture developed in tandem, influencing each other and growing synergistically. Further, they all gave voice to the unheard anger, and the defiance, of poor African-Americans. Hence, another influential early artist, KRS-One, suggested a fifth pillar, “knowledge”, be added, to emphasise the importance of the political and social drivers of hip-hop.

In a similar way, the Internet has provided the requisite stimulus for Vaporwave. Vaporwave originated in around 2010 on websites such as Reddit and Bandcamp. Just as hip-hop had defiance and the drive for self-expression at its core, Vaporwave has evolved as a paradoxical critique and embrace of late-stage consumer capitalism, a contradiction responsible for binding the community together and driving the artistic development.

Vaporwave is both a style of music and a style of visual art. As argued by YouTuber Adam Neely, the music had its origins in producers, including James Ferraro and INTERNET CLUB, experimenting with nostalgia-driven plunderphonics. “Plunderphonics” is the musical technique of treating existing sound recordings, including existing songs, as if they were musical instruments themselves – “playing” them through heavy editing to create new sounds.  The songs these original Vaporwave artists drew upon were 80s pop, funk, and soul. These “plundered” songs were edited in combination with samples drawn from a wide range of nostalgic commercial sources, such as the AOL “You’ve Got Mail” soundbite, old K-Mart elevator music, sounds from 1990s operating systems, and dial-up and automated speech recordings. Arguably the most popular Vaporwave song, “リサフランク420 / 現代のコンピュー” by MACINTOSH PLUS, for example, is a slowed-down and edited version of Diana Ross’s “It’s Your Move”.

Listening to Vaporwave almost always involves experiencing tension. On the one hand, the chopped and slowed plunderphonic techniques have a calming, almost hypnotic, effect on the listener. In particular, the songs of the early, and most innovative, Vaporwave period sound fractured, and make us feel a “foggy” confusion and sedation. However, Vaporwave is also made with very high-quality sound, the electronic sharpness contrasting with the sedative experience. The nostalgic sound effects work in favour of both. They provide crisp noise to keep the listener engaged, yet also dislocate the audience, pulling us backwards in time. Adam Harper, writing for Dummy Mag, argues that the effect mimics hypnagogia, the state between being asleep and being awake. Vaporwave attempts to simulate the half-consciousness where dream and reality mix.

The music alone forms an incomplete picture of the subculture, but is enough to understand the movement’s politics. For the sake of clarity, its message can be directly contrasted with punk. Punk was concerned with building authentic music from the ground up, a style that could not be commercialised as the punk artists thought rock music had been. Hence, punk attempted to maintain the “purity” of rock by increasing the BPM, making the vocals harsh and aggressive, and turning up the volume, all of which was intended to make it inaccessible to the general public, and to corporate interest.

Vaporwave does the exact opposite, and seeks to investigate capitalism “from within” instead of challenging it “from without”. By sampling, mixing, chopping, and mashing heavily commercial music and sounds from the 80s and 90s, Vaporwave questions the promise and idealism of that era. It was a time when capitalism had prevailed over communism, when greed was good and, crucially, a time when computers became commercially available for the first time, offering a brighter and easier future. The disappointment of many at the hands of neoliberal economics, in combination with our clear failure to achieve the promised techno-utopia, gives rise to the resistance within Vaporwave.

Yet, not only does Vaporwave critique capitalism, it is also resigned to it, which is particularly communicated through the sedating effect of the music. This is designed to mirror the numbing experience of being constantly bombarded by advertisements and commodities – the experience of being “lost” in a global marketplace where our chief responsibility is hedonism. This is why, as Adam Harper argues, the music is so heavily inspired by sounds at the junction of the private and the economic, such as the shopping mall, the office lobby, and the hotel reception. These are the spaces where capital makes itself the most clearly known, where the environment is the most clearly manufactured and, therefore, inspires Vaporwave the most strongly.

However, just as in the case of hip-hop, Vaporwave has its own unique (and widely recognisable) visual art style. This artistic style, referred to as “A E S T H E T I C S”, contributes to the overall experience. A predominance of pink and blue colours, as well as the motif of pixelated palm trees in many Vaporwave music videos, calls to mind Miami of the 80s, a “virtual”, or manufactured, playground. The effect is to universalise what Miami was to what our global economy now is. The reliance on outdated computer graphics, particularly old video games, further reveals the extent to which our pleasures are designed on our behalf. The inclusion of Greco-Roman sculpture in Vaporwave videos and album covers suggests the impossibility of acting ethically and rationally when our environments are so meticulously designed that we have no firm ground on which to judge our behaviour. We are, like marble statues in a computer-generated landscape, hilariously displaced. Importantly, just like in hip-hop, the elements of Vaporwave are synergistic. The significance of the imagery is only established by listening to the music and, similarly, the sense of alienation produced by the music is magnified by the visual mixing of the virtual and the real.

The combined effect of the aesthetic and music of Vaporwave is described as creating a hypothetical, hyperbolic environment known as the “Virtual Plaza”: one enormous shopping mall, the “end-point” of our consumer culture where we roam endlessly and meaninglessly. In the Virtual Plaza, everybody is reduced to a subject in the global economy, even those who own the stores and the advertisements. While this may be a somewhat horrifying hypothetical, the reflexivity of Vaporwave also acknowledges its desirability. Who isn’t, after all, tempted by the soft comforts of the food court? Even more strongly, who can resist the addictive cycle of the promised pleasure and disappointment of each new commodity? It is as though, in the cushioned voice of an automated phone line operator, Vaporwave is telling us, “We hope you enjoy your time at the Virtual Plaza, because there may be no way out”.

The question of the role of the Internet in Vaporwave can thus be answered. The Internet is much more than the repository of the sounds and images required for Vaporwave production. The Internet is, rather, one of the best examples of the intersection of the virtual and the real. As a completely manufactured environment, which is used as a retreat from, yet is a product of, global capitalism, the Internet spurs Vaporwave’s criticisms and resignation. The final question, therefore, must be asked of you, the reader: as you finish this article and return to Facebook, or ASOS, or Netflix, is it possible that your time in the Virtual Plaza is already underway?

Share
Previous To Be Anonymous: A Blessing or a Curse?
Next Hashtags, Memes and Good Ol’ Fashioned Organising: Here’s What We Need To Do To #MakeOurWorldGreatAgain