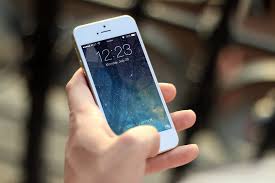 We Need to Talk About Cyber-Flashing

I was scrolling through my emails on the train when I received an Airdrop request on my phone. It was a pixelated image of Shrek, a finger in his mouth, a suggestive look in his eyes. I quickly declined it and turned off my Bluetooth.

I looked up at the people around me for any suspicious-looking culprits, but all I saw were school students, most of them girls. A few stops later, I turned on Bluetooth again to check whether the sender had left. A bikini-clad, full-breasted, female, yellow minion popped onto my screen.

I wanted to laugh, but I couldn’t.

This time, I had to decline the picture four times before I got a chance to turn off Airdrop. I felt dirty and violated, like a stranger had tried to enter my bedroom – somewhere intensely private, somewhere they shouldn’t be.

Later, I began to understand the full implications of this incident. If pictures of a photoshopped minion could appear on my phone, uninvited, what else can people send? Dick pics, nudes, death threats?

As it turns out, this type of behaviour already has a name: cyber-flashing. Men no longer have to stand at the corner of a street in a trench coat. Why should they, when they have this kind of data-sharing tool at their disposal, ensuring absolute anonymity in a public space, with access to hundreds of potential victims?

Despite this, cyber-flashing has received relatively little media coverage. The issue was briefly brought to public attention when a British woman received two unsolicited pictures of a man’s penis and reported it to police in 2015. A Huffington Post UK reporter was sent more than 100 sexually explicit images over Airdrop in August. The New York Post reported similar instances occurring on the New York City Subway.

Unfortunately, technology-based sexual assault can often be thought of as a legislatively grey area. This is no longer the case. Recently, the Crimes Act 1900 was amended to criminalise technology-based sexual misconduct, so that people who non-consensually share intimate images of either another person or themselves can face up to three years’ jail time. Though not explicitly referred to in the bill, cyber-flashing no doubt falls under this category of sexual misconduct.

Awareness for on-campus assault is also reaching new heights, thanks in no small part to the Human Rights Commission’s university sexual assault report. Alarmingly, 25 per cent of UNSW students were revealed to have been sexually harassed on public transport to or from university, a place where cyber-flashers seem to commonly lurk.

If you’ve been a target and are unsure where to go next, the UNSW Gendered Violence Research Network advises students to report incidents on the Sexual Assault, Harassment and Misconduct online portal. You’ll then receive guidance from a UNSW First Responder who will help you with the next steps.

However, prevention is obviously better than a cure. You can protect yourself from cyber-flashing by changing your settings to “contacts only” or turning off Airdrop completely when you’re not using it. If you receive a request, save the image and report it to someone, be it the police or the university.

Perhaps fixing my problem with Airdrop was relatively easy this time, but being aware of cyber-flashing is critical. Every platform, every website and every piece of technology you use has the potential to be wielded maliciously against you.