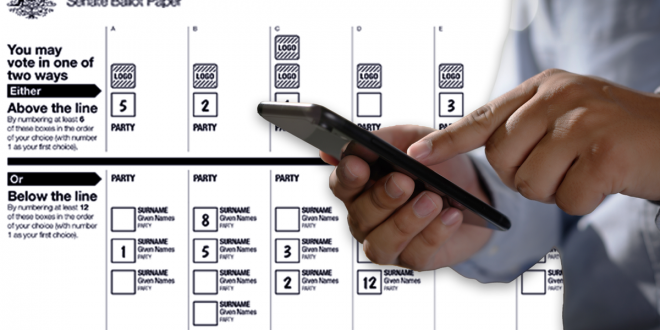 We emailed 100 election candidates. Here’s what they wrote back.

From latte-obsessed Greens to stauch Liberals and nonexistent One Nation candidates. You’ll be surprised who actually responded to us.

Tharunka reached out to a century of your local candidates (103 to be exact), including three party leaders. They hailed from the UNSW’s local electorate of Kingsford-Smith, out to Hughes, Parramatta and Bradfield in the north.

We also contacted five candidates from the electorate of Canberra, where the ADFA and UNSW Canberra is located. Unfortunately, none of them responded.

We did, however, receive 21 responses from candidates in Sydney across most parties. We heard from a number of curious characters, from the One Nation candidate running against Scott Morrison in Cook to Father Dave Smith, the Inner West Catholic priest now preaching the word of the United Australia Party. Father Dave told us of his and his party’s advocacy for free university education and the cancellation of student debt.

We asked each recipient a basic and broad question on their views and policies around student life. Most gave equally generic answers. The Greens’ candidates echoed each other on the virtue of free education, democratisation and decasualisation of all universities. Martin Cousins from the electorate of Bradfield and Stuart Davis from the electorate of Kingsford-Smith, both snuck in points around climate action in their responses; Labor spoke of the financial pressures that come with juggling study and work.

Many other candidates are current academics or university casuals. One is David Brigden, a 72-year-old representing Labor in the electorate of Bradfield. A semi-retiree and lecturer in Planning and Environment Law at UTS, Brigden emphasised his belief in job security for university staff, despite the fact that he himself does not rely on the income his employment provides him:

“It is clear that younger lecturers have insecure positions not conducive to optimum learning for their students”.

We received two responses from independent candidates vying for the fascinating seat of Hughes. The first, Linda Seymour, (not to be confused with One Nation ghost Narelle Seymour, running for the same seat) echoed support for increased funding for academic research. Then there was Georgia Steele, who is hotly contesting a seat in a race against Craig Kelly. Kelly won in Hughes as a Liberal, and is now running as the UAP’s most likely candidate. He did not respond to our request for comment. Like Seymour, she enforced that she is a “huge advocate” for properly-funded tertiary education.

It is worth noting here that we received an acknowledgement of receipt and promise of reply from the media team of Allegra Spender, the independent candidate tipped to beat out Dave Sharma in Wentworth. While she would have been by far the highest profile response we received, we unfortunately never got to see her actual statement.

Some candidates were much more difficult to contact than others. Many Liberal Party candidates could not be contacted by email, and we were required to fill in their online feedback form to contact them. This likely contributed to the reason we didn’t receive a single response from an LNP candidate from the 21 we attempted to contact.

Scott Morrison’s inbox was apparently closed during the campaign; all emails to him bounced back.

This was also true of two One Nation candidates, including Alan Jorgenson of Watson and Darrin Marr of Kingsford-Smith. No reason was provided as to why the email addresses the party provided had fallen into disuse, although a bizarre conclusion can be deduced. Neither of these candidates live in NSW.

It was clear that those who responded did so recognising an opportunity to make themselves known as a smaller candidate. Four who contacted us are polling at a median of less than 1% of first preferences. Those who responded who typically poll higher, average a projection of 9.05% of first preferences. It is unlikely that any of them will be elected.

The following table shows how our respondents divided into their respective parties. By electorate, we received the most responses from Grayndler, with four from The Greens, UAP, Animal Justice Party and Fusion.

Previous We emailed the main candidates in UNSW’s electorate to see who replied
Next What are stage 3 tax cuts and why should you be angry about them?