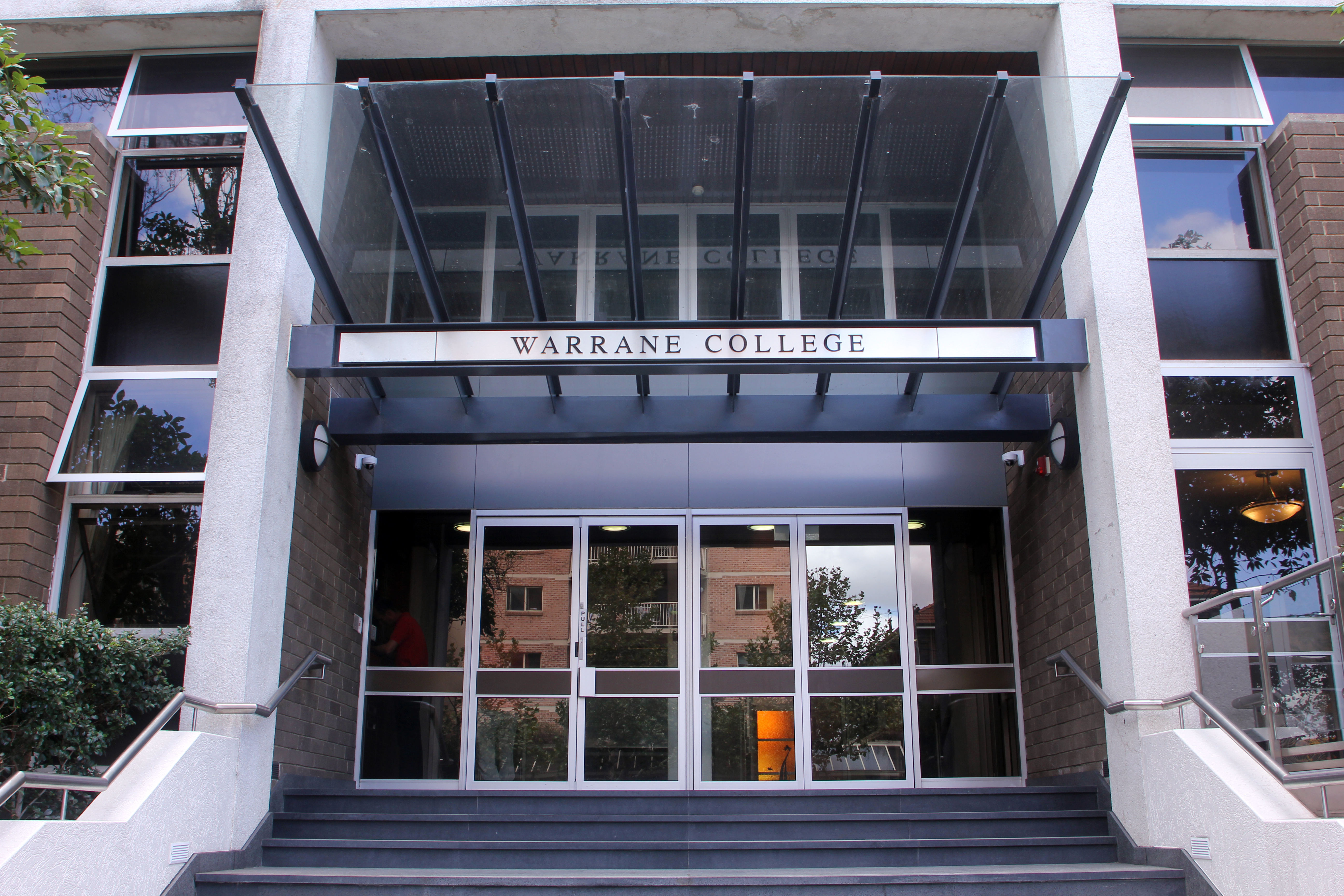 The sounds were all normal as Rachel Kohan and the rest of Shalom College’s female soccer team played their match against Creston College. Cheers from the sidelines. Cleats clumping in the turf. Exhausted players panting. A new sound, however, soon began to drift through the air:

New information obtained by Tharunka has revealed that in this female college soccer match at the end of Semester Two last year, a group of Warrane men stood on the sidelines for the majority of the match, chanting what many of the players saw as gender-related insults and verbal abuse.

“During the game, they at one point were chanting ‘sluts’ at our team. They were saying ‘Shalom girls are sluts’, and they also told a girl, who was a bit bigger, that she was pregnant and she should have an abortion,” Declan Kelly, the male Sports Director of Shalom College, said.

“A ball hit her in the stomach, and they said ‘that’s an abortion for you’. The girl was pretty upset. She’s not a soccer player or anything, she was just playing for a bit of fun, and to get singled out by a whole bunch of supporters at a game they have nothing to do with is pretty terrible.”

“It’s meant to be a friendly game, and it wasn’t even their team,” Rachel Kohan said.

“I was mainly just trying to ignore it and play the game, but yeah I think some of the girls were quite taken aback, and they were like ‘excuse me?’”

Warrane College, founded in 1971, is UNSW’s men’s only college. It was conceived by members of Opus Dei, a Catholic institution that believes that work and other occasions of everyday life are opportunities to grow closer to God. People of all religions and ethnicities are welcomed in the college, and in fact their multiculturalism was praised by the Minister of Immigration in 1972. Women, however, are not allowed above the ground floor of the building.

As a result of Warrane’s behaviour, Mr Kelly decided to send a complaint to the Inter-College Sports Association (ICSA) outlining that “numerous girls came to Rachel and myself saying that they felt victimised by Warrane players”. ICSA oversees the entire year of college sport, including the overall points tally compiled from all the competitive sports played.

A committee that included the members of ICSA, who are sports directors from each college, and Tom Morrison, the then-President of the Inter-Residential Council (IRC), decided that a punishment was necessary following an assessment of the complaint.

“The punishment that the disciplinary committee decided on was that Warrane College would be docked points,” Mr Morrison says.

“The number of points was decided as such that it would be a significant deterrent, and send a message that this kind of behaviour wasn’t tolerated. So we decided that we were going to dock either 10 points, or enough points so that they lose a place, whichever is greater. Because Warrane was really far in front, we took off a place, so they ended up dropping from first to second, but the number of points lost was something like 50 or 60.”

Upon receiving this punishment, Warrane tried to get it repealed through a number of avenues.

“Warrane initially appealed the decision of the committee to ICSA, where it was upheld. They ran complaints to the Arc board, where it was again quashed,” Mr Morrison says.

According to Mr Kelly and Rachel, Warrane’s president came to one of their college meetings in an attempt to have the punishment revoked.

“He was saying that because it was a small group of individuals that were the culprits, that it’s unfair to punish the whole college,” Mr Kelly says.

But Mr Kelly believes that since the actual group of men who were making the comment have never come forward, and their identities have not been revealed, this is not a fair argument.

“I emailed their president a few times asking for an apology, and he personally apologised, but we never got an apology from himself or Warrane directed towards the girls involved,” he says.

“I’m sure they had no investigation or no intention of finding out who did it. I’m sure they all know, but they would never tell us. I’m sure they don’t take it seriously, they thought that they got the rough end of the stick.”

This incident came after various other complaints throughout the year regarding Warrane’s conduct at sporting events. In a cricket match at the start of the year, a complaint was made about one of Warrane’s sports directors harassing an umpire from Basser College.

“Their sports director, who’s supposed to be leading by example, he ripped into him. He was just like ‘you’re a fucking cheat’, in the middle of the field in front of everyone,” Mr Kelly says.

“There’s a guy on our team who’s short, and they called him a midget,” Mr Kelly says.

“A bunch of supporters stood behind our goals and were just telling our goalie that he was a pussy and that he was ‘shit’. I asked them to be fair and not stand behind the goals, and they just didn’t really care.”

Tom Morrison is hopeful, however, that the punishment will be an effective measure against further similar behaviour at inter-college sports matches:

“I think it was an effective punishment. I think it sent a clean message, and I don’t think they are going to do it again.”

“One of the sports directors was really nice, and genuinely apologetic,” Mr Kelly says.

“There’s obviously people at Warrane who aren’t like that, and I feel bad for those people. As soon as I meet someone from Warrane, I just assume they’re a misogynist. There’s always been that perception of Warrane as being a sexist all-boys club, and I sort of think that’s been reaffirmed. I don’t think there’s been that much of a change in how we feel about each other.”

Though Tharunka approached the Dean of Warrane, Arthur Escamilla, for comment on the situation, he chose to make his comments via email and did not send his response to our questions in time for our deadline.  Other members of the administration, such as the assistant deans, could not be reached.