Staff at the University of Sydney will strike on the 11th and 12th of May in an attempt to end job insecurity and exploitative casual work.

The National Tertiary Education Union (NTEU) members voted to strike for 48 hours at an afternoon meeting on Thursday 14th April. An overwhelming majority supported the strike, passing with 221 for and 71 against.

According to an NTEU media release, union members were presented with a choice between a 24 and 48-hour strike. Over two-thirds of the meeting voted for the stronger option. There are plans to escalate the strike campaign over the remainder of the year.

A campaign is currently underway at the University to drum up student support for the strike action. A Facebook page titled “Students Support Staff Strikes” was created on 12th April, 2022 with the purpose of “campaigning to support staff strikes at USYD.”

The staff action at USYD raises questions about the potential for similar action at UNSW.

UNSW entered into negotiations for the latest staff enterprise bargaining agreement (EBA) three weeks ago. The EBA is an agreement between the staff and the university which “sets out the conditions of employment for UNSW staff for up to the next four years.”

Speaking to Tharunka, SRC President Nayonika Bhattacharya said “Yes, I absolutely think the USYD staff strike will have an impact [at UNSW], if not influence a similar movement. Staff are frustrated about their working conditions, there is no support for the higher education sector and there is a huge feeling of disenfranchisement that is going to motivate staff to take an action to improve their working conditions at UNSW.

A total of 726 jobs were lost at UNSW over this period, according to figures cited from the Department of Education, Skills and Employment. The change represents a 10% decrease in staff numbers at the University.

When asked about the staff cuts at UNSW being the highest in the country, she added “I think it is extremely concerning to see the percentage cuts of staff at UNSW. It is an entirely concerning issue when these changes place unprecedented burdens on the people in different departments going through a global pandemic”.

Previous Mental health March: Why your mental health matters and how you can prioritise it
Next UNSW SRC pass motion regarding allegations of NUS financial mismanagement 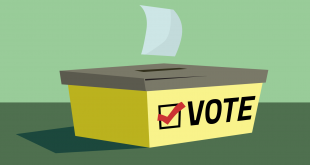 Feel like you don’t know anything about the policies of the major parties this election? Read this 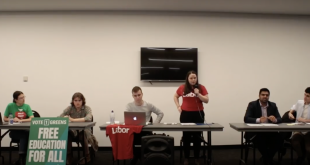 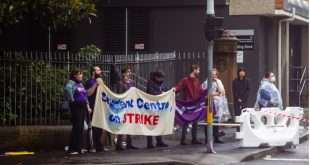 By Guy Suttner Last week, over May 11-12, hundreds of staff and students shut USyd …