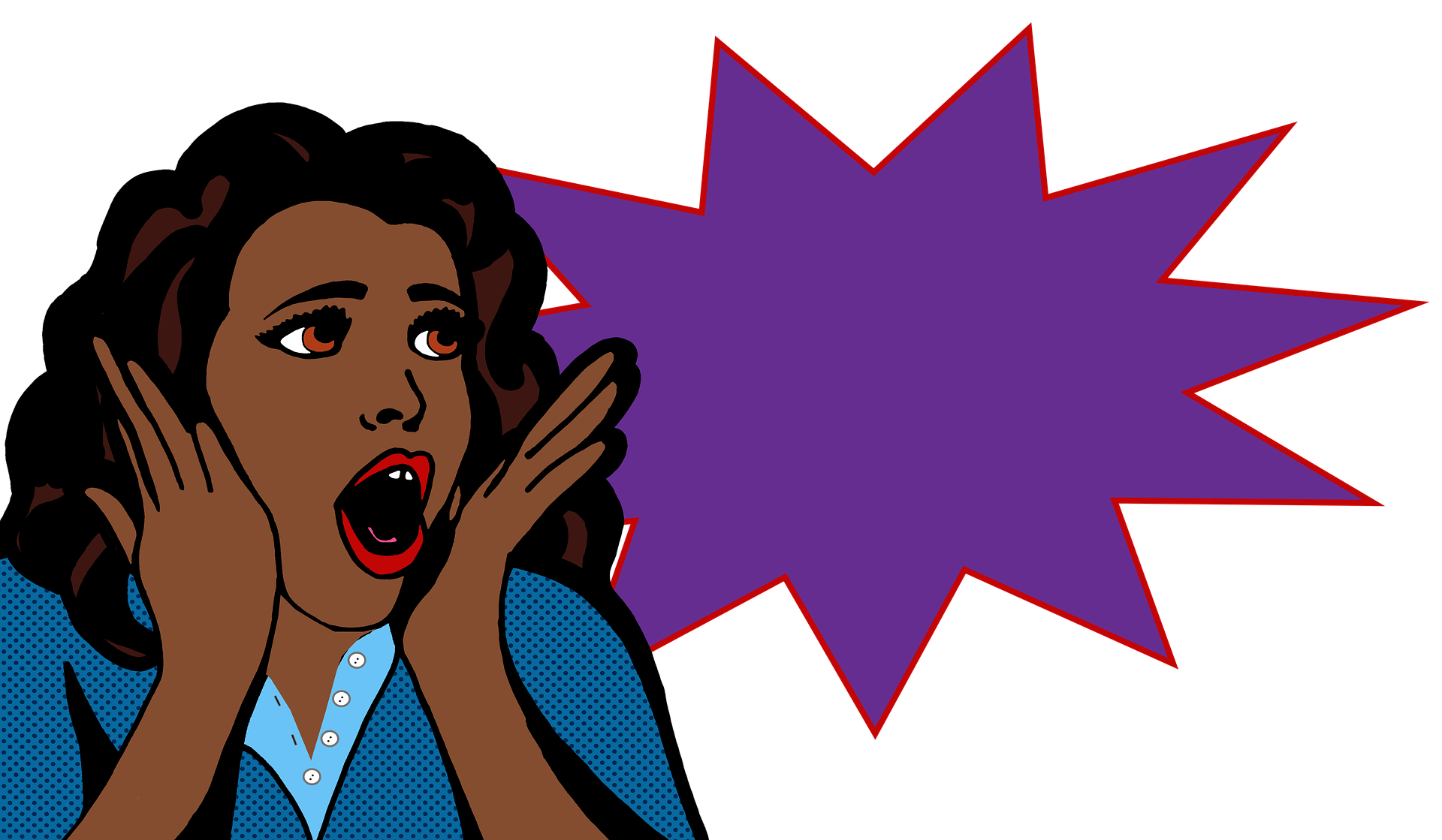 Amongst young adults, mortifying stories are considered especially secret. At UNSW, the dedicated detectives who investigate these juicy stories are members of an elite squad known as Tharunka and an anonymous Google Doc form. These are their stories. *dun dun*

I’ve made it a personal goal to have sex in every classroom and bathroom in the ASB. It’s a little “fuck you” to the School of Business. I’ve already ticked through every disabled toilet, all of the small Level 2 rooms overlooking the lawn, the break rooms, as well as room 232, so you probably don’t want to use the desks there … or the floor …  or the chairs.

Before anyone asks, I haven’t told any partners about this goal. It just so happens that we’ve been around the ASB in the wee hours and I’ve been a bit thirsty.

The truth about trimesters

that’s not a secret

Sometimes, I fart on the dance floor and walk away, then look back to see people’s reactions. The music provides great cover.

The year was 2005, and 12-year-old me was broke (as most 12-year-olds are) when a distant family friend offered me $50 to deliver flyers to letterboxes around town, advertising the play she was directing at an amateur theatre company.

As it turns out, the stack of flyers she wanted delivered easily numbered 1,000. It was the height of summer (or at least, my memory recalls a few long and sweaty Saturdays…) and naturally, my dedicated and loving parents refused to drive me anywhere in my pursuit of flyer delivery.

After traipsing up and down the blocks in the nearest few kilometres to my suburban house, I had hardly made a dent in the box of flyers. I looked at the pale orange flaps of paper despairingly. “So this is what awaits me in my adult years of employment…”

I started to get desperate. Sure, $50 was great, but you know what else is great? GETTING THESE FUCKING FLYERS OUT OF MY LIFE. They say a problem shared is a problem halved, so I enlisted the help of my trusty best friend. I offered her $20 (again, a huge amount of cash to a primary schooler) if she would cover the hilliest parts of town with me. On perhaps the hottest day of all, we covered a good chunk of the town with the flyers. Surely a 70-seat theatre running around 10 shows hardly needs this much advertising?!

We even got sneaky and stopped in at a bakery, hair salon and the town’s golf club, pleading with the owners to leave a wad of flyers on their front counters. Still, after what seemed like an eternity of letter box dropping, there remained at least a few hundred flyers.

That Sunday night, I sat on the edge of my bed, gloomily staring at the remaining flyers. I was fed up. I had spent at least 20 hours delivering these bad boys, which meant I was getting paid about $2.50 an hour (and even less after I promised $20 to my best mate). I caved and came up with a plan.

Dumping them in my own wheelie bin was too obvious – what if someone found them?! What if my Mum went through the bin and saw them?! No, I was too cunning (even at 12) for that. I considered my other options. Dump them in a neighbour’s bin? Still too risky. Toss them into a bin at school? Nope, still traceable to me.

What about dumping them in ANOTHER school’s bins? GENIUS! One of the main schools in town was also a bus interchange, which meant there were thousands of students from at least 15 different schools traversing the area each weekday. One morning that week, I wrapped the remaining flyers in a plastic bag until they were no longer identifiable, and shoved them into my school backpack. I left slightly early for school to give me time to dump the flyers without raising suspicion. There was no going back now. All I had to was act cool, dump the flyers and keep going.

I gulped as I approached the interchange. There were swarms of people – surely someone will wonder what the huge thud in the bin is?! At this point, I had no choice. I got the package out of my bag, ready for a swift drop. I approached an open-lidded bin (no time to stuff around with a lid) and, without looking around (obvious sign of shenanigans) or into the bin, coolly tossed the flyers into the bin as though they were just an empty chip packet.

Palms sweating, I walked briskly to my bus, feeling like I’d just gotten away with the perfect crime.

I once said “I love you” on the phone to my boyfriend while a guy ate me out in his bed.

I’m a girl. I’m dominant and like to be in control. Truth is, I feel I’ll never find a guy who just likes to follow orders  and be taken care of in a relationship.

Despite having a long-term girlfriend, I’m on Tinder nonstop. I run out of swipes every day. I love the thrill and the possibility of meeting new people, feeling that spark, and getting laid. I’m afraid of being discovered, but at the same time, I don’t really care. I don’t plan on double-timing, but why stop?

Sick of your shit

One of my good friends in high school lived on a cattle farm and would often have sleepovers (and, as we grew older, barn parties) in her fairly good sized farmhouse. There tended to be a core group of about 5 or 6 of us invited to her sleepovers, and they were always super fun: we would muck about on the farm, make ourselves sick eating mulberries from their mulberry bush, watch scary movies (think Saw, When a Stranger Calls etc), make pancakes for breakfast and discuss the finer details regarding the male species.

One of the things about farm life is that often the infrastructure is not as well developed as it is “in town”. In this case, my friend had limited connection to town water, and her toilet was run using tank water (collected from the farm and pumped from the creek). We were warned by my friend’s mother not to use too much toilet paper when using the toilet, because the toilet could easily become clogged and would then need to be plunged. As you can imagine, this struck fear into all of our hearts. The last thing a 14 year old girl wants to be known for is clogging up her friend’s toilet – and especially not in front of all of her other friends at a sleepover.

As luck would have it, during the course of one particular sleepover, it became apparent to me that I needed to use the bathroom for something more serious than a wee. At this point, can I say that it’s difficult to know if you’re using too much toilet paper, because the amount of toilet paper necessary to clean oneself is an entirely subjective thing.

Anyway, I did my business, closed the lid of the toilet, flushed, washed my hands, left the bathroom and returned to the evening’s festivities. Unfortunately, not long after, my friend’s mum emerged to inform us that the toilet was indeed clogged, and that she would need to plunge it. No one said a word. I racked my brains trying to think whether my friends were observant enough to know that I was the poo-clogger. Anxiety set in. A stronger person would have ‘fessed up, apologised and offered to get stuck into the plunging. As it turns out, I am not such a person.

While I sat with my friends, everyone avoiding the elephant in the room – me wishing the ground would swallow me whole/my parents would call at that moment to say that we were moving to Zimbabwe effective immediately and to bid farewell to your friends/some other major life event would overshadow the poo-clogging incident and the trauma of it all would erase everyone’s memory of my mistake – my friend’s mum plunged the toilet back to life.

I felt then, and still feel, absolutely awful that my friend’s mum had to endure that task, and that I never apologised or owned up. So, Leanne, if you ever read this, I am sorry that I did not heed your warning, and I am even more sorry that I was too much of a coward to own up to my mistake.

When I was in Year 5 and 6 at primary school, a few of my friends and I were interested in sex but didn’t really understand what it was at that stage. Our conception of sex was making out under the bedcovers. We often had sleepovers or went over to each other’s houses, where we “practiced” by making out with each other. One of the most memorable moments was when I was at a friends house and we were playing “families,” but got caught by her parents! I’m still good friends with some of those girls, but we’ve never brought it up since! I wonder how common it is…

It’s not easy being (annoyed by the) Green(s)

Honestly, I’d love to throw every Greens and Socialist Alternative member on campus out of a helicopter. I’m sick of them preaching outside of the library against capitalism. My family fled China during the Cultural Revolution. My great-grandpa had to leave his brother behind and he was killed. Either that was “real communism” or it wasn’t. If it was, how is that an admirable goal? If it wasn’t, then why are they fighting for a violent revolution to take place in order to implement a never-before tested system? What the fuck is wrong with these people.

I have never had an orgasm. Ever. I have been sexually active for four and a half years and … nothing. I hear a lot of platitudes about fireworks and white lights but I don’t get near that. Sex is fun and interesting. I worry that I am too stuck in my head to actually get there. No one knows. My boyfriend would be devastated. I am devastated.