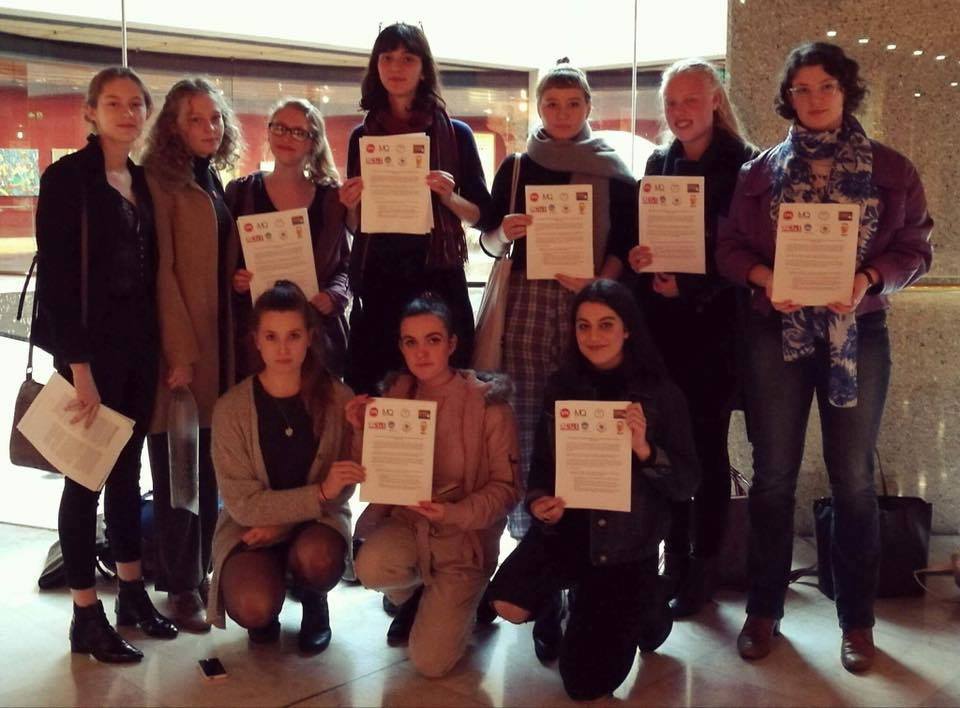 Yesterday, university students met with Pru Goward, Minister for Prevention of Domestic Violence and Sexual Assault, at NSW Parliament House for a consultation session regarding the sexual assault strategy the NSW government is currently developing.

At the meeting, at which there were approximately fifty attendees, students delivered and read aloud an open letter addressed to Ms Goward.

In the open letter, the students said, “Students have been voicing their stories, their struggles and their concerns on these issues for decades, and must no longer be ignored by university administrators or governments.”

The open letter demanded that the NSW State Government implement a standardised and comprehensive sexual misconduct action plan for universities to use. Such a plan would include sexual assault definitions, reporting procedures, reporting services, and intersectional consent, respect and bystander training for all staff and students.

The letter also called for a review of the NSW legislation under which private colleges operate, and for “institutions with elitist and misogynistic cultures” to be discontinued.

Students who signed the open letter would like the NSW State Government to pressure the Federal Government to establish a federal complaints and compliance mechanism, similar to Title X in the United States, and to also implement a 1800 hotline that deals specifically with sexual misconduct within the past or present university community.

The consultation was conducted by a third party convenor, and microphones were passed around to students in order for them to answer questions.

“Our letter outlined what students want and need from the NSW government in regards to sexual assault in university communities,” Ms Butterworth said.

“Universities across NSW currently lack cohesive and accessible sexual assault policies and it is the critical responsibility of both state and federal governments to step up and ensure the safety of students.”

The Australian Human Rights Commission is due to release a report on their nationwide survey into sexual assault and harassment on university campuses on 1 August.