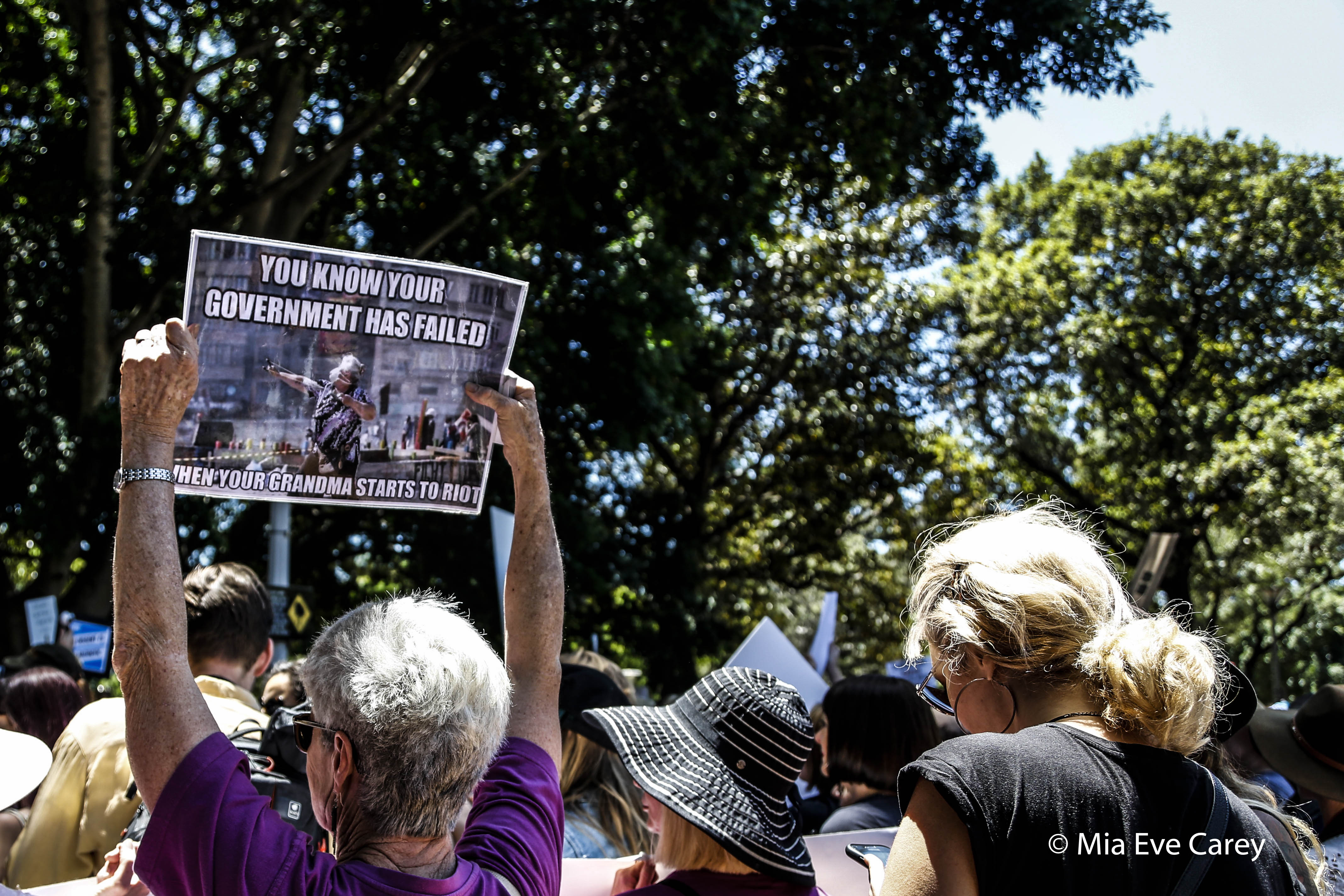 Yesterday, Hyde Park was home to a sea of up to 10,000 people protesting the inauguration of the 45th President of the United States. The Women’s March Sydney was one of more than 500 events held worldwide to mark the first day of the Trump administration.

Speakers in the lead-up to the march included writer, Jane Caro, anti-Islamophobia campaigner, Mariam Veiszadeh, and Indigenous activist, Jenny Munro. All speakers stressed the need for solidarity and urgent action, and stated that the march was not solely directed at Trump’s election, but rather at the green light it gave others to discriminate and express hatred towards minorities.

The importance of intersectionality was emphasised, especially in relation to the treatment of Indigenous women. Law student and writer, Xiaoran Shi, spoke about the historic context of this in Australia.

“No discussion about women’s rights in this country can occur without recognising systematic oppression of Indigenous women,” she said.

The march proceeded through the city and Pitt Street Mall, ending in Martin Place, outside the US Consulate. Thousands of attendees sang songs and clapped along to drumbeats, an expression of both hope and defiance.

“Walking with the Women’s Collective and the thousands of others today, I felt completely empowered as a woman. But this only served to remind me that these feelings are not always there,” she said.

“There’s an urgency to maintain the momentum of the women’s movement this year, especially on campus, so that women are always empowered, are always safe, and always have equitable access to opportunity.”

During the march, the word ‘Trump’ appeared above in skywriting. There was initial confusion as to its message, but it later emerged that a group of Trump supporters paid $4000 for the opportunity to remind­­­­­­­­­ attendees of the new President’s overshadowing (but ultimately, impermanent) presence.

Despite this, the march felt energising and powerful. Because it just so happens that nasty women everywhere – from Antarctica to Washington – are ready. The pussy will grab back.