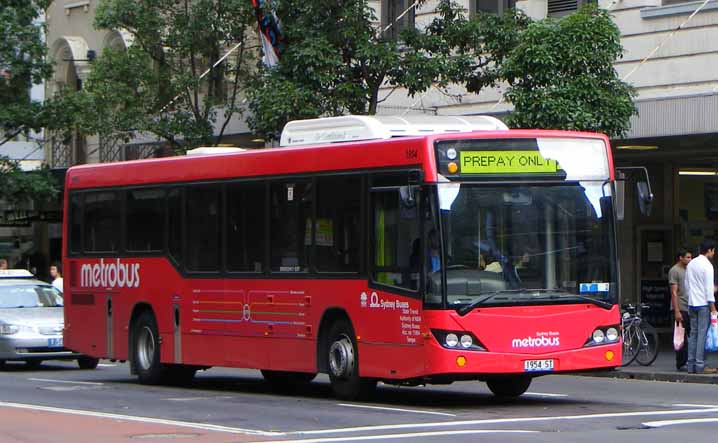 Hundreds of students were left stranded in the dark last night as multiple buses disappeared from the timetable without notice.

Commerce student Eric was one of the unlucky passengers who endured the hour-long wait for a ride back to Central.

Having finished class at 8pm, he made his way to Gate 4 for the 891 express bus, only to find the line snaking back towards Upper Campus.

After checking TripView, he saw that the next M50 bus was scheduled for 8:07pm. Thinking this was his lucky night, he dashed down to the Gate 2 bus stop.

I meet Eric at Gate 2. Half an hour went by, and no M50 bus arrives. The mosh pit of tired commuters grows.

I ring the Transport Info Line on 131 500 and am told that the 8:07pm M50 service would be arriving in 6 minutes back to back, with the next service scheduled for 8:27pm.

An empty red Metrobus speeds past the crush of frustrated students, with “Not In Service” flashing on the electronic display board.

Class finished at 8pm. It’s now nearly 9pm, so I ring 131 500 again from Gate 2, only to be told that the “invisible” bus is supposedly at Hyde Park already.

Seeing that several 891 buses had skipped the Gate 4 stop (already packed like sardines), Eric and I decide to trek up to Gate 9 through the 891 crowd.

As our Uber nears Central station, I take a peek at TripView. The M50 service I was told my the Transport Info Line was arriving at 8:27pm was running 54 minutes late…

I am awaiting a response from Transport for NSW and Sydney Buses regarding the extreme bus delays.

Previous To Me, Love Me: UNSW Women Write Feminist Letters to Their Younger Selves
Next Largest UNSW Protest in Years Undermines Student and Staff Support for Trimesters