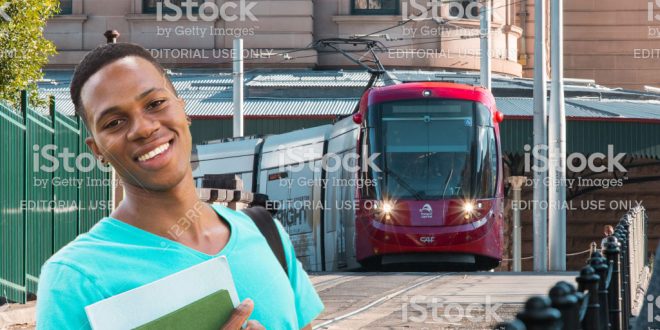 Thousands of UNSW students have gathered to celebrate, swap well-wishes, and have even taken to Moodle forums to express their joy at the recent five-year anniversary since the CBD South East Light Rail (CSELR) was approved for construction.

Students of the university were reportedly impressed and overcome with emotion at the most recent announcement from the NSW Government in May 2019, that the line is going to be opened only a short 14 months late.

This announcement has come hot on the heels  of the similarly joyful news of the out-of-court settlement between the Government and the Light Rail’s primary contractor, Acciona the $576 million dent taking the total construction cost to $2.7 billion, a bill thankfully picked up by eager, community-minded taxpayers.

“I for one am so so happy that my tax dollars are being used to pay the contractor the settlement for the lawsuit” says one student waiting for a Central express bus that will never appear.  It wasn’t the Government’s fault they purposely omitted a significant amount of detail from the contract!”

“Acciona simply should have known that the NSW Govt would have done this, what do they expect? Look around Sydney at all the other ‘well planned’, ‘city-building’, ‘non-controversial’ major infrastructure projects currently underway. The system works!”.

Another student we caught leaving the inexplicably named “Nucleus Hub” at UNSW’s  Main Library after a relaxing 35 minutes wait and 2 minutes of assistance, stopped to share with us their favourite design flaws of the rail line.

“My favourite design flaw of the network would have to be… the fact it can’t ever be integrated with the existing Inner West Light Rail line… actually, I think it’s that the light rail vehicles will be 67 meters long… or actually that it won’t even have the same capacity as the buses it was designed to replace… or that the Federal Government body Infrastructure Australia refused to contribute any funding because it was economically non-viable? Oh god there’s just too many to choose from!

The length of the new CBD Light Rail carriages has been highly anticipated by students and smugly flaunted by  the Government, clocking in at 67 meters, they will be the longest in the world; far above the global average of 27 meters, and will travel at speeds of up to 70km/hr on inner city streets, above the world average of 35km/hr. According to the Government, this is an obvious indication that the rail will be best in the world, as soon as it is finally unveiled.

“Size matters”, said a Sydney Light Rail spokesperson, “… and no, we aren’t compensating for anything at all, I don’t know why you would even ask that”.

“I have been told by many satisfied light rail riders that the faster it goes, the quicker they can get off and get on with their days”.

For size comparison, a standard Sydney bus is 12.5 meters, the current Inner West light rail vehicles are 30 meters, and a standard suburban rail carriage is 20 meters.

As June 4 marks the fifth anniversary of the approval of the CSELR for construction, we thought we would take a trip down memory lane to mark the  latest key milestone along the long journey of this highly anticipated project.

We caught up with another student who grew up in Guangzhou in China.

“At first, I thought that the construction was for an underground metro line, but then I saw them putting track on the road? I was so confused. New metro lines are built in China every year, but 5 years for tracks on the road? Huh, I’ll be graduating before this shit show is finished.”

Arguably the most offensive part of Sydney’s new love of constructing metro rail everywhere except for in the eastern suburbs that is you can use “Macquarie University” and “World Class” in the same sentence – for their public transport access.

Thankfully, due to the widespread success and unwavering public support for the light rail line, the government has committed to two further lines in heritage sensitive and busy pedestrianised areas around Parramatta, traversing world heritage sites, one of NSW’s biggest hospitals and closing some of Parramatta’s most popular streets, for hopefully no more than a decade.

No doubt the inevitable heritage and archeological finds, small business owners, and environmental concerns of these up-and-coming lines will be treated with the same nuanced sensitivity that has seen such success throughout the development of the CSELR line. Welcome to the future, Sydney!

Share
Previous How I Overcame Heartbreak In Three Simple Steps
Next An Appreciation of Peacocks: UNSW Conservatives and Socialist Alternative find common ground