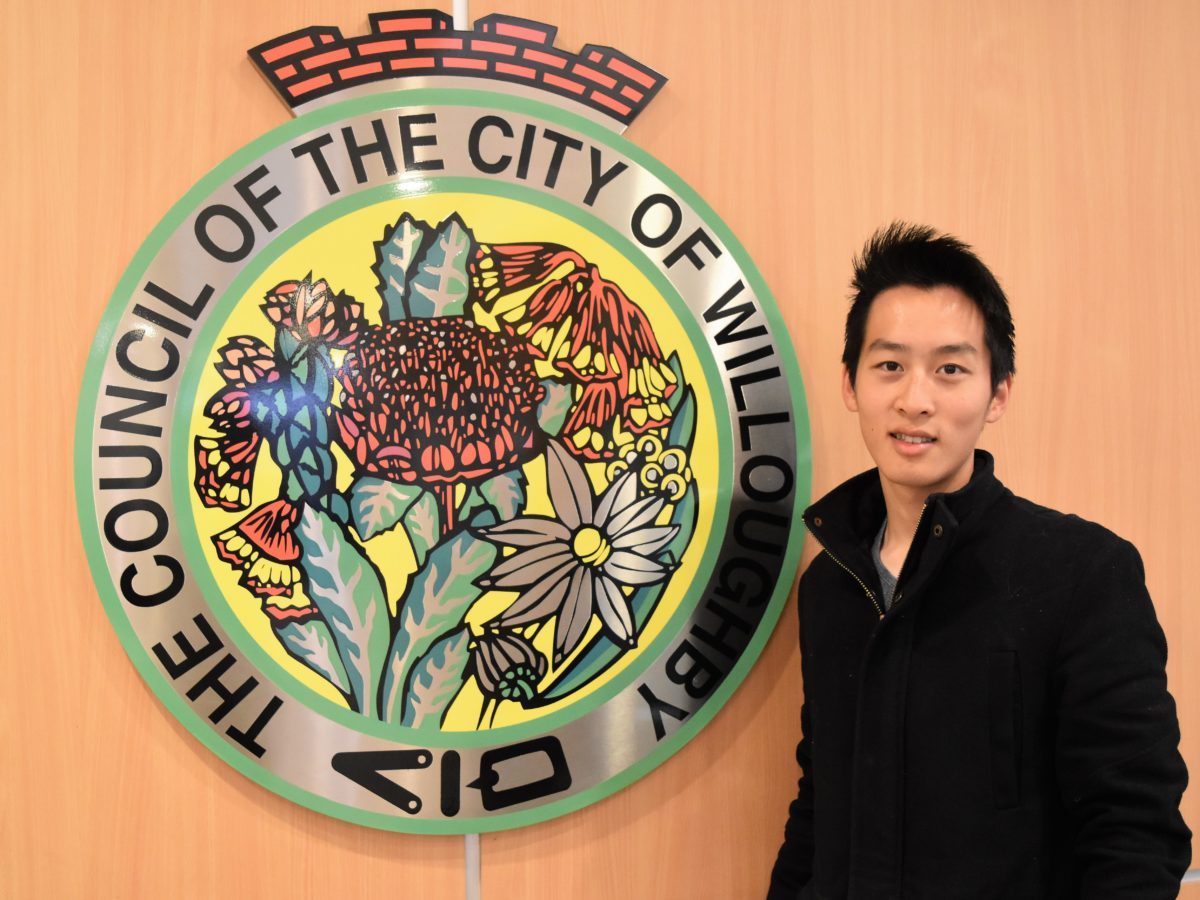 Gladys Berejiklian may soon be feeling her 47-years-of-age. As the Premier of New South Wales travels around the state talking about new infrastructure projects, the Liberal Party’s next rising star starts his political career in her own backyard.

At just 22-years-old, UNSW student Brendon Zhu is a newly elected independent councillor for Willoughby. And while the reality of entering state politics may be years away, the aspiring lawyer is looking to inject a youthful perspective into local politics now.

“Loving and serving the community with the servant leadership model, as I am elected to the people,” is the aim of the Christian leader in the evangelical RICE Movement.

Councillor Zhu is confident in Mayor Gail Gidney’s vision for Willoughby, including her “understanding and celebration of diversity in the area”. And if the city’s youngest councillor isn’t already in for a challenge, a third of his Sailor’s Bay ward is also home to people under 24-years-old.

The new Councillor reveals that a few months before the election, a mutual friend of him and Mayor Gidney suggested he run. The then-candidate ran on promises to deliver innovative solutions to local issues, such as public wireless internet, parking, youth representation and reasonable development.

“I’m excited and grateful for the privilege,” said Zhu, who expressed his surrealism on election night with Mayor Gidney in three simple words: “we did it”.

Zhu’s libertarian ideals and support for common-sense decision-making reinforce his commitment towards “respecting and representing all including those that did not vote [for me]”.

As he settles in to his new role as Councillor, the parishioner at Roseville’s St Andrew’s Anglican Church often seeks counsel in the Bible. When talking about his faith and politics, he made clear his support for Judeo-Christian values alongside Australian ideals, including equality and egalitarianism.

“Being still [for morning Christian devotions] before the day gets busy,” is an important part of serving the community for Zhu.

Councillor Zhu takes pride in his background as a second-generation Chinese-Australian, describing it as “the best of both worlds”.

The contrast between the Chatswood resident’s politics and the typical, leftist stereotypes of young 20-somethings could not be more stark. Zhu, as the first Asian male Councillor in Willoughby, believes in “not being an echo chamber”, and “promoting healthy discussion through allowing people the freedom to discuss … great ideas that challenge the status quo”.

And while some questioned his age and experience on polling day, Brendon Zhu holds firm that “merit will always trump everything”.

Whether he’s talking to residents about sustainable development that balances heritage or the area’s changing demographics – including many elderly residents who are seeking to downsize locally – he’s doing his best to connect with the community. The way Zhu puts it, it is important to “meet the people where they are at, whether it be on Facebook… or on street corners”.

The law and commerce student is also proud of Mayor Gidney’s achievement in hosting part of the Vivid Sydney festival in Chatswood, which generated a $3.5 million boost for the local economy.

“Bringing the CBD experience without having to go the CBD” is something Zhu said he would be proud to continue.

Being proactive and entrepreneurial is also a central focus for Councillor Zhu. He credits his trip to San Francisco’s Silicon Valley for encouraging him to be a future-focused councillor.

Although lamented by some city councils, the young councillor has declared his support for bike-sharing and his passion to be a “fresh voice” affirming the diversity and vibrancy of the Willoughby area.

“[I’m] excited for a council that can meet a changing community that is living in changing times,” he said.

Just as Gladys Berejiklian began her political career in the Young Liberals and became the first Armenian-Australian politician, another non-traditional rising star may be en route to go beyond the Council Chambers. Brendon Zhu might be one for the Premier to keep an eye on in her electorate.

Share
Previous Two Reviews, One Play: NUTS Presents The Cocktail Party
Next To Read Or Not To Read (A Hard Copy Book): That is the Question