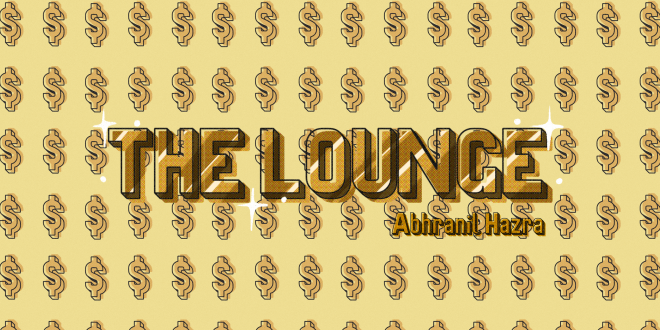 A Tharunka investigation revealed UNSW spent over $3 million in 2019 to renovate The Lounge, a staff and alumni only restaurant.

The Lounge finally opened in May 2019 after a four-month renovation period between November 2018 and February 2019. The restaurant was designed by architectural firm Bates Smart and design and construction company Growth Built.

Located on the 11th floor of the UNSW Main Library tower, the Lounge features a bar and restaurant with semi-private spaces with sliding doors, a private dining room and terrace with a view of the Sydney Skyline.

According to the document obtained, the creation of a staff and alumni Lounge had been a long-coming and desired project.

In response to Tharunka’s request for comment, a UNSW spokesperson said:

“The Lounge at UNSW Sydney is a space for staff, alumni, and their guests to socialise, engage and network over a coffee or a meal. Guests can include UNSW partners, students, family members and friends. The Lounge also plays an important role in hosting corporate and fundraising events to promote the work of the University”.

The spokesperson stated the upgrades on the Lounge shouldn’t be seen in isolation, where they stated “There’s other projects that were going on at the same time as the Lounge to enhance facilities on campus”.

“(2019) was actually one of our biggest years for construction completion, we spent 500million on various upgrades to science and engineering the creation creative practice labs and overshadow the biological sciences building.”

When pressed for further questions on the Lounge, they refused to answer.

In an interview with Bates Smart, Greg Currie, the former Head of Hospitality of UNSW, said the purpose of the lounge was to provide “A space for staff to unwind and focus on themselves…and is away from the activity on campus.”

Greg stated that the only thing he would have done differently for the Lounge if he could was to “make it bigger”. Tharunka reached out to Greg Currie for comment but received no response.

The Lounge’s website only allows customers who are staff members to make online bookings and denies student access to that booking mechanism.

The renovation document shows how the Lounge is part of a broader refurbishment effort undertaken of UNSW Library tower from Levels 11 to 14, along with upgrades to base building infrastructure for increased population density.

Bates Smart is an award-winning architectural firm in Australia. founded in 1853 by Joseph Reid. Bates Smart has been involved in the design of notable Australian Landmarks such as Federation Square in Melbourne and Mid City Centre in Sydney.

Growth Built is a construction company whose partners include Westpac and the City of Sydney. It was involved in the construction of the UNSW Law Library and Rydge’s Hotel in Sydney Airport.

According to The Lounge’s website, the Lounge is solely for UNSW Staff, Alumni and their guests, and provides them with a variety of services from food, drinks and live music which UNSW Student Musicians can sign up to perform for their customers.

Previous Nominations open: uni begins gearing up for PGC election campaign
Next Students angry their degree has been cut with no consultation