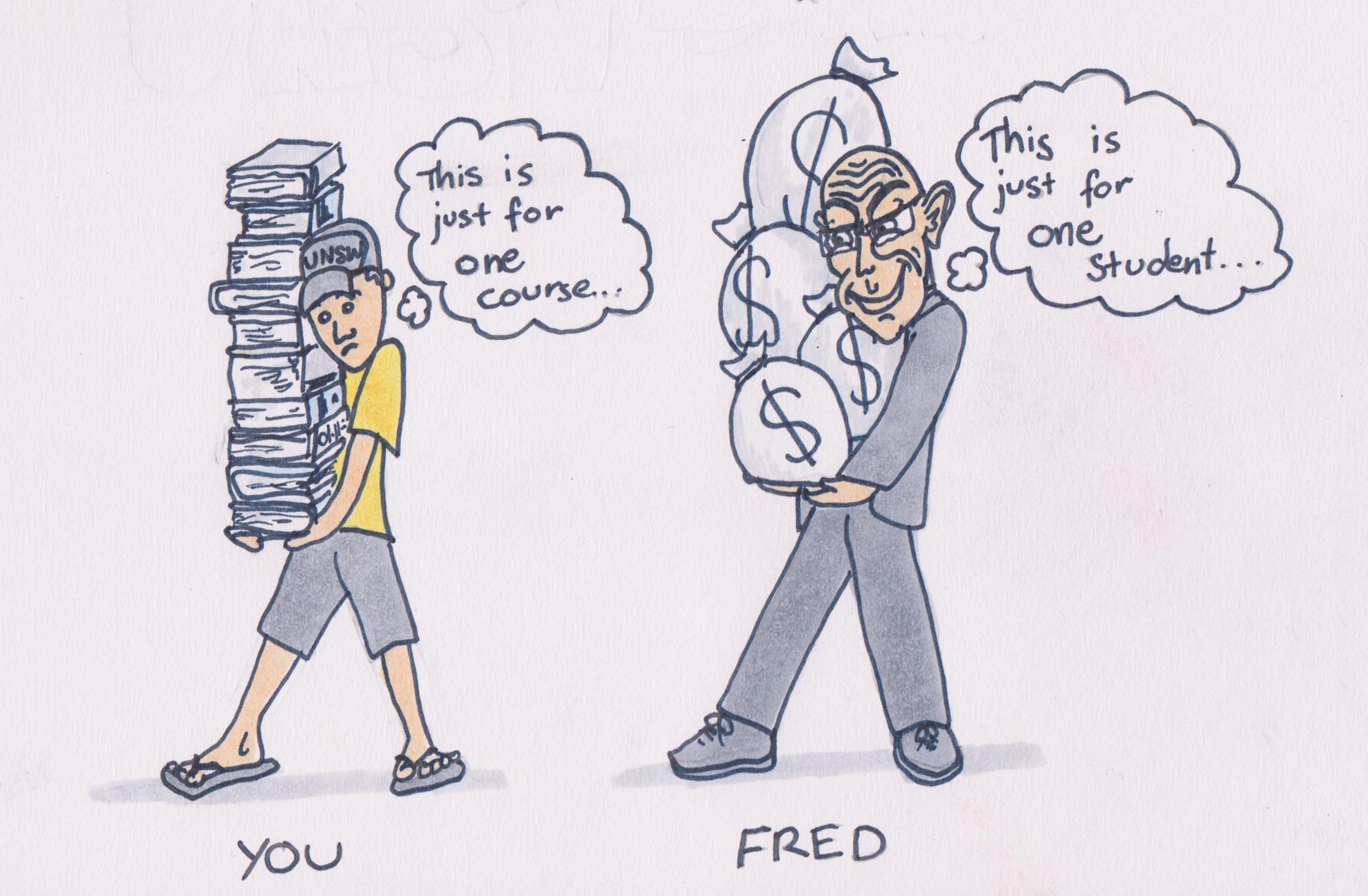 UNSW has joined the Group of Eight (Go8) universities coalition in calling for the government to allow universities to exclusively charge full fees in popular undergraduate courses, as part of an initial move towards wider fee deregulation.

In a submission to the Abbott government’s review of the demand driven funding system for public universities, led by former Liberal education minister David Kemp and economist Andrew Norton, the Go8 universities argued in favour of an opt-out system allowing universities to forego government funding for particular courses in favour of charging full fees.

Under the current demand driven model, the Federal government funds Commonwealth supported places for all domestic undergraduate students accepted into a bachelor degree course at a public university, with the exception of medicine.

In place of this, the Go8 proposal would see full fees charged to students in subjects such as law, accounting, economics and commerce, in which the government currently subsidises 16 per cent of student fees. Such a move would amount to the effective privatisation of these courses, with the Go8 stating that the highest band of student fees could increase by 56 per cent from $9,792 a year to $15,250.

“This decreased access to university means that we’ll get less graduates in remote areas, when in fact what rural Australia needs is more graduates and a high skilled workforce,” Wilson said.

The Go8 submission cited the threat to the quality of research programs at Go8 universities following increased student numbers since the previous Labor government uncapped university places for domestic students in an attempt to increase university education to 40 per cent of young Australians.

The number of Commonwealth supported places has risen by over 350,000 students between 2008 and 2013, although Tharunka understands that growth rates at UNSW have remained relatively stable at tops of two to three per cent per year, with the University further instituting a minimum 80 ATAR policy in 2013.

The Go8 submission follows the announcement of an “efficiency dividend” on university funding, which is projected to cut approximately $15 million out of UNSW’s 2014 budget alone, as part of a greater $43 million loss of federal funding over the next four years.

Education Officer on the National Union of Students, Sarah Garnham, said any moves to increase fees will entrench socioeconomic inequality in Australia.

“Student cannot afford higher fees,” Garnham said. “In 1989, when the Higher Education Contribution Scheme (HECS) was introduced, students had to pay a flat fee of $5,400. Today, most students graduate with a debt upwards of $20,000. This level of debt prevents working class and poor students from going to university.”

Wilson agreed. “The Group of Eight universities should instead be focusing on opening up university to people from lower socioeconomic groups so that every young adult in Australia has a chance to go to university if they have the ability.”

UNSW Vice-Chancellor, Professor Fred Hilmer, has previously been a vocal advocate for fee deregulation at universities. In a speech to the National Press Club and an opinion piece in the Sydney Morning Herald in 2012, Professor Hilmer argued an urgent need to deregulate fees in order to increase university revenue, suggesting that students in medicine, law, business and engineering should pay more for their “premium” degrees.