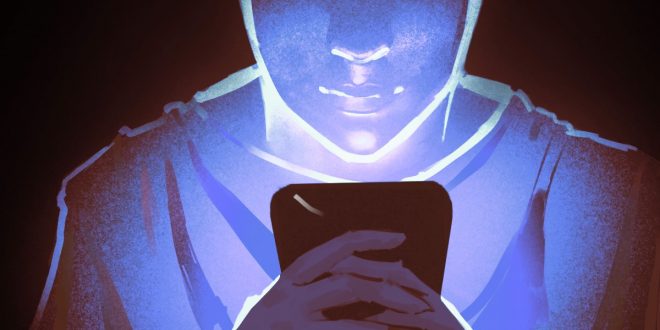 “My own view is that the Australian government insists on secrecy to avoid having to admit to the Australian public that it helped destroy Chilean democracy,” Professor Fernandes told me.

He is attempting to declassify documents relating to the role of Australian spy agencies around the time of the 1973 Chilean coup d’état. At the heart of the dispute are critical questions about Australian history, as well as Australia’s role in the world and who gets to decide what the public knows.

Many facts about the Chilean coup are already known, including that Australian secret agents were present in Santiago before and after the coup. However, the Australian public has been barred from knowing why. In 2017, Professor Fernandes began a lengthy legal process to find out – requesting access to records relating to Australian operations in Chile between 1971-74.

In June 2021, Professor Fernandes and his barrister, Ian Latham, sought to appeal a judgement by the National Archives that had denied the public release of documents relating to the operation of Australian agencies in Chile.

At the close of the first day of proceedings on June 2nd, Professor Fernandes told me that the National Archives handed over a folder with several heavily redacted original ASIS reports about operations in Chile. Professor Fernandes maintains that the redactions should be lifted in order to be consistent with the Archives Act. Nevertheless, it was a huge moment – finally, the Australian government confirmed that between 1970 and 1973 it was conducting espionage and covert operations in Chile.

“Looking at the relationship that Australia has with the United States, it sort of makes sense that yes, actually they were working together, that Australia was directly involved in the military coup, that they had spies in there located in Chile in the Allende government and they were actually reporting to the CIA in Washington, known by the Australian government, they were actually placed in there, which makes me imagine that Australia is quite involved in other military coups, in other conflicts. You can see obviously that in any conflict that America is involved, Australia follows,” Paula Sanchez, a former political prisoner in Chile and refugee to Australia, told SBS.

These documents show that Australia, coordinating with the CIA, created a ‘coup climate’ through ‘economic, political and psychological warfare’. These are phrases mentioned in the documents so far released to Fernandes.

The documents in question relate to the operations of the Australian Secret Intelligence Service (ASIS) based in the capital Santiago. Professor Fernandes told SBS that his case is an attempt to discover the “motivation, instructions, the orders [and] the policy planning”.

The coup of democratically elected socialist president Allende led to a brutal military regime under Pinochet between 1973 and 1988. The consequences of the coup were profound and far reaching. Suspected left-wing activists, among others, were harassed, tortured, and murdered or ‘disappeared’. Political parties were banned, and the media was heavily censored. The 15 years of dictatorship saw 150,00 to 200,000 cases of political detention, almost 100,000 credible cases of torture and about 3,000 cases of death or disappearances.

Former US president Richard Nixon and national security adviser Henry Kissinger issued an order to prevent the inauguration of Allende in 1972. They believed a socialist Chile could have significant geostrategic consequences. Up until now, the role of Australia was only guessed at, and official records were off limits.

For Fernandes one of the major mechanisms for democratic accountability is “access to records via the Archives Act…and this is one of the reasons I went to the National Archives,” he tells me.

Fernandes’ request would normally be supported by the Archives Act, which states that material of ‘national significance’ or ‘public interest’ should be accessible 20 years after its creation. So according to that section of the Act, the records in Professor Fernandes’ case should have been accessible in 1991-94.

But that was not the case. An exception in the Archives Act states that material can be exempted from release if it is shown to be damaging to the security, defence or international relations of the Commonwealth of Australia.

In 2019, two years on from the initial request, the Director-General of the National Archives, under advice from ASIS, told Professor Fernandes that his application was formally denied. The reason given was that the requested documents about Australia’s role and interests in the Chilean coup, now 50 years old, are damaging to the Commonwealth and thus exempt. Professor Fernandes disagreed, launching his appeal against the classification.

There are a few differences between a court and a tribunal, but for Professor Fernandes’ situation the conditions are stark. For example, the prosecution (aka Professor Fernandes and team) is not allowed to hear the defence’s (aka the government’s) entire argument nor even see the bulk of their evidence.

Furthermore, if the case is decided against Professor Fernandes, the public will never know why because the Attorney General has signed an ‘public interest exemption certificate’.

The Australia government is following, and in some regards leading, an aggressive global trend that is targeting journalists and whistle-blowers, and punishing information sharing. According to the New York Times, Australia is perhaps the most  ‘secretive democracy’ in the world.

The Australian government has accumulated a mass of legislation that effectively excuses the executive branch from external oversight and accountability. According to a Melbourne University Law Review, these laws enable preventative detention, the banning of organisations, and even secret detention and interrogation of non-suspects.

Thus, any complicity, even culpability of the Australian government in criminal activity is effectively unprosecutable. So, for example, potential crimes like the cooperation and direct involvement in a coup of democratically elected leader, or say, the bugging of government offices in Timor-Leste, are all hidden from the Parliament and the public behind a wall of ‘national security’. And woe be to anyone who exposes these crimes, because, as is on display in the prosecution of Witness K and his lawyer, to the government, the only crime is whistleblowing on the government’s criminality, not the government’s criminality.

So if Australia did play this role, what would the right thing to do now be?

Mariana Minguez, a victim who was 19 when the regime took over in 1984, told the SBS that the Australian government should apologise for assisting the rise of Pinochet.

Before the troops burst in, and before he shot himself – with a pistol gifted by Fidel Castro no less – Chilean President Allende broadcast a farewell: “History is ours and people make history”.

For an unconventional conclusion I will leave you with a poem by famous Chilean diplomat, politician, poet and polymath, Pablo Neruda. His poetry is widely celebrated as powerful, and beautiful, with explorations of politics, nature and love. The Favorites is about the ‘slimy clerk’ of tyranny and perhaps, like me, you might see some semblance of the US-Australia relationship in these lines.

In tyranny’s dense
purple cheese another worm
awakens: the favorite.

He’s the skulking coward hired
to praise dirty hands.
He’s an orator or journalist.
Suddenly he surfaces in the palace,
enthusiastically masticating
the sovereign’s dejections,
lubricating at length
on his gestures, muddying
the water and casting for his fish
in the purulent lagoon.
Let’s just call him Dario Poblete,
or Jorge Delano “Coke”.
(It’s all the same, call him,
as you like, he existed when
Machado slandered Mella,
after assassinating him.)

There Poblete would have written
about the “Vile enemies”
of the Pericles from Havana.”
Later Poblete kissed
Trujillo’s horseshoes,
Morinigo’s saddle,
Gabriel Gonzalez’s anus.

He was the same yesterday
(working as a soldier of fortune,

Hired to lie, to hide
executions and plundering)
as today, raising his cowardly
pen over Pisagua’s
torments, over the grief
of thousands of men and women.

The tyrants in our black martyred geography
always found a slimy clerk
to spread the lie
and say, the Supreme Commander,
the Founding Father, the Great Statesman
who govern us, sliding his
thieving black claws
through the prostituted ink.
When the cheese is consumed
and the tyrant tumbles to hell,
Poblete disappears,
Delano “coke” vanishes,
the worm returns to the manure
to wait for the turn of the infamous wheel
that brings tyrannies to and fro,
to emerge smiling
with a new speech written
for the despot that rises forth.

Therefore, people, pursue
the worm above all, crush its soul
and let its squished liquid,
its dark viscous matter,
be the final script,
the farewell to an ink
we’ll expunge from the earth.

Share
Previous Who am I? The struggle for diasporic groups in finding their identity
Next ON MEMORY