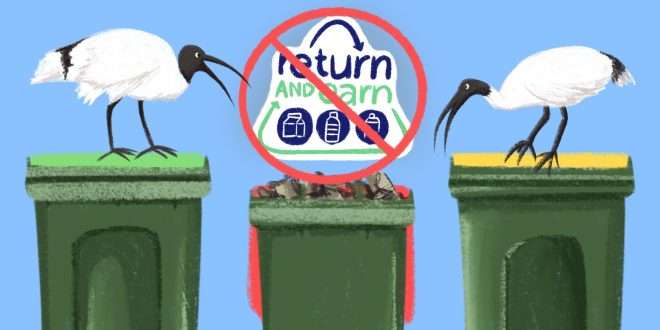 The UNSW Return and Earn collection facility, a place where students and members of the public can go to return their bottles and cans for 10cents each, closed yesterday due to ongoing security incidents involving the site.

A University spokesperson confirmed that there had been “several” incidents involved with the Return and Earn facility. Tharunka heard from numerous sources but was unable to confirm if an alleged incident that occurred with the facility a month ago triggered the decision from UNSW senior management.

In response to questions from Tharunka about the decision to close the facility, an anonymous UNSW employee alleged “punch-ons” were occurring at the facility. Another claimed fights had occurred regularly and shattered glass was left around the facility.

Sources close to the decision making process told Tharunka that UNSW senior management made the call to close the facility in response to ongoing security issues associated with general members of the public accessing the site.

With the closure of the Return and Earn facility, students will now need to visit Eastgardens or Bondi Junction to claim the 10c for each can and bottle recycled.

Arifa Sarfraz, Manager of the Environmental Sustainability department at UNSW and the staff member responsible for implementing the Return and Earn facility, said she was sad to see the facility go, but said she understood the reasoning behind and supports the decision.

A press release in early July brought attention to the closure, whilst also stating that UNSW has “other measures in place for recycling bottles and cans”, referring to the three bin system currently in place at UNSW.

The Return and Earn facility was installed in 2018 and since then has recycled over 21 million bottles, according to Arifa Sarfraz.

No replacement facilities have been installed.

A UNSW Spokesperson provided the following statement to Tharunka:

“The Return & Earn reverse vending machine located near the entrance of the Old Main Building [was] decommissioned on 31 July 2022 due to several security incidents and ongoing maintenance issues at the facility. The safety and wellbeing of everyone in our community is the University’s priority. We apologise for the inconvenience this may cause. The University recognises the contribution the bottle return facility has made to reducing waste on campus and diverting bottles and cans from landfill. UNSW has other measures in place for recycling bottles and cans, including its outdoor three bin system. Alternative locations for the reverse vending machines can be found on the NSW Government Return and Earn website.”

This article was amended on Tuesday 2 August to state that the Return and Earn facility had recycled 21 million instead of the originally incorrect published figure of 200 million.