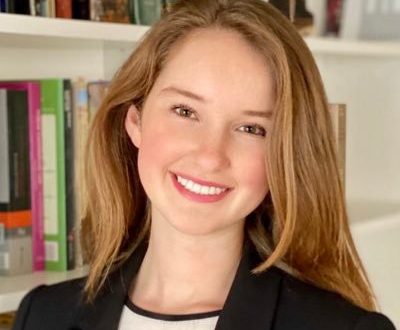 Late on Monday night, screenshots surfaced in the UNSW Discussion Group on Facebook purporting to show racist comments made by Claudia McDonnell, a candidate for the Undergraduate Student Representative position on UNSW’s University Council.

The University Council is UNSW’s governing body, where five elected staff and students sit alongside ten externally appointed members. Voting closes on 29 June for the undergraduate representative, who will sit on the Council for a two year term.

Another screenshot shows a Tweet from May 2020 in which McDonnell criticises courses teaching colonialism with “big leftist brush strokes”.

Many of the screenshots in the Facebook group were deleted only hours after being posted, causing much confusion among students. The UNSW Discussion Group has since been awash with criticism towards McDonnell’s comments. Further screenshots of McDonnell’s past social media posts containing alleged anti-Asian, anti-Black and anti-trans sentiments have since surfaced in an anonymous Twitter thread.

Multiple grievances were made with the Student Representative Council last week, and the SRC has condemned McDonnell’s comments in a statement following a meeting on Monday night.

The SRC said, “We believe having a student with discriminatory views on the UNSW Council, a board with significant influence across the university, will adversely affect the experience of many students of colour and those who are LGBTQIA+ identifying.”

The SRC went on to say that “to think it is acceptable to hold and voice these kinds of opinions is dangerous,” but stressed “the importance of giving people the space to learn and move forward”.

In a series of polished campaign videos, McDonnell portrayed herself as an apolitical candidate with substantial advocacy experience, arising from her position as the Founding President of the student club Young Diplomats UNSW.

McDonnell founded the Arc-affiliated club in September 2019. At the time, her decision to take a photo op with sacked rugby player Israel Folau at the Australian Christian Lobby’s No Shame conference caused further backlash among club members.

Following an executive meeting on Tuesday night, McDonnell resigned from her position as President of Young Diplomats UNSW. In a statement, Young Diplomats UNSW said “the Executive Board does not condone any form of racism and our society was built on the premise that it would be accessible for every student of UNSW to participate and share their views in a welcoming space.”

At least two other candidates for the Undergraduate Student Representative position have used the UNSW Discussion Group to criticise McDonnell’s conduct. However, on Wednesday afternoon, Deputy Returning Officer James Fitzgibbon sent an email to all student candidates noting that he had “received expressions of concerns regarding possible non-compliance” with campaigning rules, in relation to “content being posted on social media platforms.”

Fitzgibbon reminded candidates to “conduct their candidacy in a respectful, ethical and collegial manner and with the overarching responsibility to act in the best interests of the University.”

Replying to the anonymous Twitter thread, a spokesperson for UNSW affirmed that “we take allegations of this nature very seriously and there is absolutely no place for racism or discrimination within our community.”

However, in a move widely criticised by students, the UNSW spokesperson went on to say “we are offering our support to the affected individual as there has been a significant amount of online bullying occurring. We ask all our students to please ensure debate around the Council elections remains respectful at all times.”

Claudia McDonnell did not respond to Tharunka’s requests for comment, but released a statement on Wednesday night disavowing the “insensitive and frankly embarrassing comments I made in the past, dating back to my early teenage years.”

McDonnell said, “I would like to deeply apologise for what I said. It was in poor taste and reflects the immature person I was many years ago. I do value our student body and I believe the record of my involvement in a range of social issues speaks to the person I am, not who I used to be.”

“UNSW Young Diplomats Society is a platform for inclusive, apolitical deliberation on relevant issues. The Executive Board does not condone any form of racism and our society was built on the premise that it would be accessible for every student of UNSW to participate and share their views in a welcoming space. In response to recent developments, Young Diplomats UNSW has accepted Claudia McDonnell’s resignation as President of the society. We would like to thank her for her leadership and commitment to founding this society. Our society will continue to champion diversity, inclusivity and welcome every student from UNSW.”

Share
Previous On Body Image and the Perils of PCOS
Next Racist Student Politics in Australia’s Top Universities: UNSW and USyd