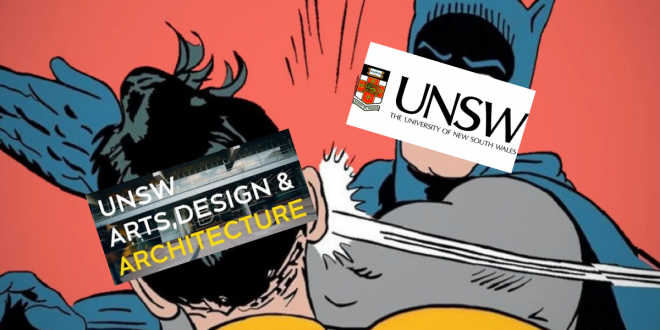 The University is considering renaming and removing major components of the Bachelor of International Studies, alongside other degrees in the ADA Faculty.

According to first-year International Studies student Jenni Sletta, the one-year exchange component was why she chose to study at UNSW in the first place.

“I moved up here from Norway because of the international studies degree. I was looking specifically for that degree and considered starting at USYD but ended up choosing UNSW because of the one-year exchange,” Sletta said.

She added that she thinks the changes will have negative consequences for herself and new students who are potentially interested in the degree.

“I think it would be a shame to remove the mandatory exchange and language instruction because those are the two components that make international studies different from other Social Science degrees.”

“I think that the study I covered in this program (especially the 24 core UOC) has set me up to be a well-rounded individual with plenty of high-level skills that can be applied in any context I work or study in the future,” she said.

But she acknowledged there is room for improvement in the program, having tried to make changes herself in response to disruptions caused by COVID-19.

“There is a lot more to be done to support [International Studies] students through their degree. It’s something I tried to gather momentum for last year but felt pretty bogged down by the bureaucracy of the uni system”.

Belzycki also added that the decision to make the language optional was not necessarily negative, saying “In theory, a language sounds very beneficial to International Studies but personally, in practice, only four courses in the first two years didn’t add all that much”.

Similar changes will be applied to multiple degrees across the ADA Faculty, although the specific changes are still in development and subject to further staff and student consultation sessions.

According to the ADA Student Experience team, the changes will increase flexibility for students who decide to study a degree in the ADA Faculty, so they are not constrained by their program’s offering courses.

It is unclear what effects these changes will have on staff who currently teach courses as part of these degrees.

Of the four International Studies unit lecturers who responded to Tharunka’s request for comment, all of them had taken voluntary redundancy or moved onto new positions.

Tharunka reached out to the Course Convenor and Program Coordinator for the International Studies degree but they did not respond in time.