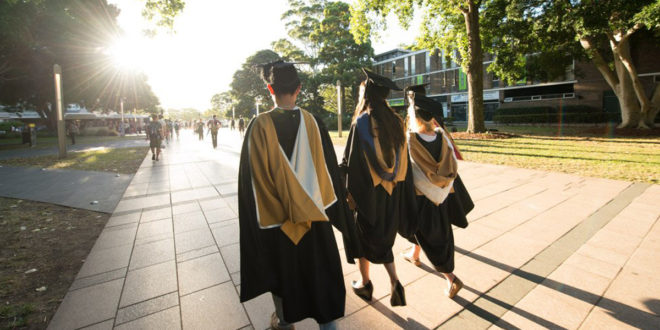 Despite the alleviation of public health orders and commencement of the Return to Campus plan, UNSW has announced that in-person graduations will be cancelled for the rest of 2021.

On Tuesday morning, UNSW sent emails to graduating students confirming that the university will not hold graduation ceremonies in December 2021.

The end-of-year graduations scheduled from Monday 22nd November to Saturday 4th December have been cancelled due to, “the uncertainty surrounding public health restrictions this year.”

In a response to Tharunka, UNSW stated, “given the planning and logistics required to run 36 graduation ceremonies over a two-week period, a decision about whether the events could go ahead, had to made before the restrictions in New South Wales started to lift.”

They said that if anyone tested positive at any given graduation then support staff would have to isolate, resulting in the cancellation of any remaining ceremonies. Because of these risks, “it was decided that the best course of action was to postpone graduations until 2022.”

UNSW has advised students that they will add extra graduation periods in addition to the regular ceremonies in May, August, and December 2022. However, they are currently unable to provide exact dates.

This email comes after the University of Sydney announced yesterday that in-person graduation ceremonies would be reinstated for the December 2021 graduation period. While USyd initially cancelled the remaining 2021 ceremonies, graduations were reinstated after significant student pushback and the alleviation of NSW’s public health orders.

Editor’s note: the article has been updated to reflect UNSW’s response to Tharunka’s request for comment.