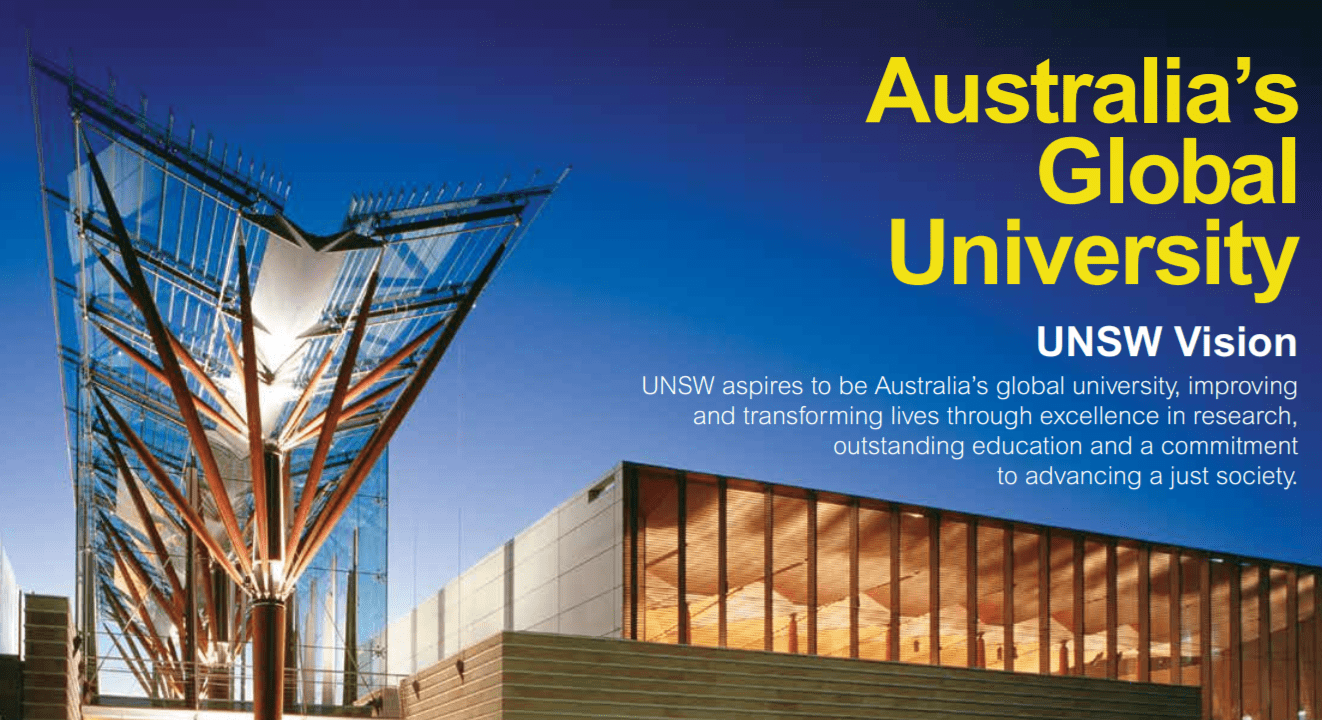 UNSW is performance managing academic staff and offering voluntary redundancies. Academic staff, especially those in arts-related faculties, are also being pressured to increase their research output.

In response to the question, “Will staff cuts be targeting academic staff?”, a university spokesperson told Tharunka:

“The University has always been clear that while many new roles and jobs will be created, providing new opportunities for staff, some positions will no longer be needed and some will evolve to meet new challenges.”

Under this leaked proposal, most staff cuts were only aimed towards the IT, student support services and finance departments.

However, academic staff are now also under fire. The University’s rationale relates to the implementation of its 2025 Strategy Goals.

“… the University is undertaking major change, including restructuring a number of areas, to meet it’s [sic] 2025 Strategy goals and adapt to changes in the global educational environment,” the spokesperson stated.

“Implementing a Strategy of this scale and ambition means substantial disruption.”

This is confusing in light of recent statements by Merlin Crossley, the Deputy Vice Chancellor Education, who stated in an email to students on 10 March 2017:

“There has been a suggestion that the move to a new calendar will be associated with staff cuts. This is not the case. In fact, expanding the university’s offerings will allow us to create more jobs.”

It seems that many of these jobs will replace pre-existing positions.

Given the recent trend of increasing casualisation, these jobs are likely to only be offered on a casual basis, without the employment protections, such as sick leave, annual leave and holiday loading, afforded to part-time and full-time employees.

Such staff may also face work intensification due to the increased teaching time associated with trimesters.

Sarah Gregson, President of the UNSW branch of the NTEU, is critical of the University’s approach.

“In some areas it’s possible that staff of a certain age have been targeted, so there’s an element of ageism in their approaches.”

Gregson has also criticised the fact that the University now wants some staff to be education-only or research-only.

“I think this is pedagogical poor practice and not what universities should do,” she said.

“I know that they want to hire education-only staff and this is contrary to our [enterprise] agreement.”

Despite the university’s claim that staff have been “consulted at key milestones throughout the change period and are kept regularly updated and briefed”, Gregson has denied collaborative consultation.

“There’s been lots of meetings, they’ve never seriously listened to criticism but just had a plan, and the consultation meetings have been about selling a glossy, rosy picture of the future.”

Update: This morning, Campus Morning Mail revealed that the job changes to the Australian Graduate School of Management are on hold. Staff is claiming management is placing people in jobs without complying with the Enterprise Agreement.

“UNSW believes that it has complied with its obligations under the Enterprise Agreement in relation to the change process at AGSM,” a UNSW spokesperson told Campus Morning Mail last night.

“Nonetheless, the AGSM has agreed to put on hold any staffing changes as the parties work towards a resolution of the dispute.”