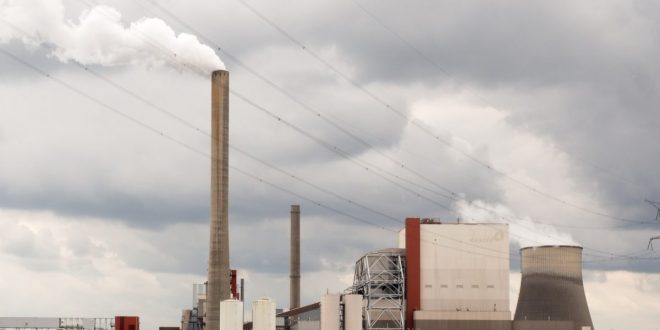 By the signing of a green agreement in January 2018 with the Maoneng Group and Origin Energy, the University of New South Wales has stepped up to the challenge of the transitioning from dirty energy sources to renewables.

Over a 15-year period, the deal aims to fully supply UNSW with solar energy from 2020 onwards in an effort to neutralize our campus’ carbon emissions. While we at UNSW are already recognized for our sustainability research and teaching, we are also set to become the first 100% solar-powered university in Australia, however carbon neutrality on energy use is quite different from being 100% carbon-free.

A report released in 2017 named ‘Exposing The Ties’, published by Fossil Free Unis and 350 Action, generated significant public interest by revealing the link between several Australian universities and the fossil fuel industry, which has been responsible for the uncontrolled emissions contributing to climate change.
Climate change scientists have conclusively demonstrated the deleterious impact of the emission of greenhouse gases, which cause global warming, and in turn lead to species extinction, extreme weather, diseases affecting crops, air and water pollution.

According to the report, the Australian Coal Association Research Program (ACARP) allocated 5,208,286 dollars, and the Australian Research Council gave 1,441,914 dollars to support the research of fossil-fuel based energy sources.

In 2014, UNSW released a statement which stated that they invested 50 million dollars in companies involved with fossil fuels. Since then, no new numbers have come out of UNSW. Their investments in this industry have probably not diminished, how else to explain the lapse in communication? Although the university has declared more transparency henceforward, it remains rather vague at this moment regarding its investment policies.
Bankrolling the fossil fuel industry is unfortunately not unique to UNSW; in these last few years, many of the world’s top universities have been exposed to the media for their quite large-scale funding of fossil fuels – whether it is in oil, coal, or natural gas companies.

There are also some ethical issues involved regarding the request for divestment. Is it a right of the students to demand a say in the management of what the university is doing with their money, which they have paid in exchange for an education?

Fossil Free UNSW, a non-violent activist movement, continues to protest on campus as part of the global Fossil Free campaign fighting corporations funding the fossil fuel industry. They call on the university to divest, and to take climate action without delay.
Jelena Rudd has been a member of the non-hierarchical group for a year now. As long as she can remember, she has always been concerned for the environment. Being a bachelor student in Law and Arts, Jelena joined Fossil Free to learn about politics and activism, and about what effective activism is – by taking action she deeply cares about. Progressively, she became more and more committed to the cause.
Jelena used to be concerned more on an individual level about her approach to environmentalism, through personal choices of vegetarianism, recycling plastics, etc. but with Fossil Free, she came to realize that “the best way to help the environment in our society is to organize in collective groups, and kind of attack the financial structures behind the environmental degradation, because our personal impacts aren’t really anything on that scale”.
She continues, “it’s very important to the university to present something very progressive, so it can appeal to young people. There is this kind of like double-think going on where on one hand they are projecting themselves as a very green uni ‘by 2020 we go carbon neutral’, but behind close-doors actually, very intentionally, have a lot of investments in dirty industries. In terms of financial impact, 49 million dollars isn’t massive, but it’s the delegitimization of the industry that’s the most important thing. So we want the university to be transparent, and to be honest, and to show they’re willing to put their money where their mouth is – that’s essentially, to be absolutely clean behind close-doors, and in the public as well”.
For Fossil Free UNSW, the university’s environmental actions seem more like a PR campaign than a real effort. Otherwise, they would do something effective by “divesting and attacking the structures behind the environmental degradation”, says Jelena.

Fossil Free UNSW are working hard and the group is very optimistic, but Jelena can feel frustrated at some points, because of the elitist class of people removed from any dialogue. Being able to engage those people, is harder than she had previously thought.
Thus, the group attacks UNSW image, because “that’s what they actually care about, that is where power is”. Jelena likes non-violent action, symbolic direct ones (such as chancellery occupations to force the dialogue). According to her, mixing that actions with people mobilizing, to show that they have support to force UNSW to engage, seems the most effective way to make change happen.

Universities are not the only ones to finance these destructive companies; a great part of our economy is based on the exploration and extraction of fossil fuel reserves. Directly or indirectly, it is all linked to the Free Energy Market.
Superannuation organizations, insurance, and banks could also be much worse than universities regarding their investments in fossil fuel companies, but it is somewhat ironic that world-leading academic institutes such as UNSW with their ‘environmental programs’ are not showing a better example for others to follow. By cutting their ties with the fossil fuel industry, they would be much more coherent.

A few years back, renewables were not economically viable. “Why renewables can’t save the planet” may have had its arguments in 2014, but not anymore in 2019 – See Fossil Free UNSW: The Case for Divestment.
According to CSIRO, renewables are already cheaper than coal today and UNSW could become a global leader by divesting from the fossil fuel industry. There is an important card to play here for both UNSW and Australia in the global combat against climate change.
The two biggest obstacles that we confront are the country’s political context, and the lack of public awareness to put pressure on the Australian government. But if Ireland can divest, Australia can do it for sure, and may then become a world leader in a renewable economy, moving away from the Free Energy Market and dirty coal.

At the UNSW Council, a conflict of interests does not facilitate decisions; several members of the Council have strong connections with the fossil-fuels industry, leading them to act as assertive climate deniers. It is something staggering when science has proven that there is nothing to deny anymore; climate change is a reality, and its combat is nothing but an ideology – See Clean Disruption of Energy and Transportation, or Australia 100% renewable by 2030.

Nicholas Gurieff, the elected postgraduate on the UNSW Council, is one of the 15 members of UNSW’s strategy. Passionate about the environment, he started the Fossil Free movement at UNSW in 2013. Although no longer a member of the group, he still works to bring positive change to the university.
Nicholas believes that things are going in a good direction and that things are a bit different now, under the new Vice-Chancellor. He thinks that people take the environmental issues more seriously now, “probably because they have to”.
The solar deal is the big win of UNSW Sustainability, and he supports that they are also working on making the university investments more responsible – the environmental issue being now one of their priorities, with becoming 100% carbon-free being on the university agenda.
“It’s just a matter of time, and methodology”. He would like that it goes faster, but it is not always practical, because “some people are more resistant to change than others, some people are more open-minded than others, so there is a challenge to convince.”
For Nicholas, it’s also about people; changing the minds of few can make a lot of difference in the world. “If we can change the minds of people like that, it can have a big impact. That’s the way I think”.
According to the Intergovernmental Panel on Climate Change (IPCC), we have only 12 years to undertake unprecedented changes if we want to have a chance to tackle the climate catastrophe (estimations from October 2018).
Thus, the countdown has started, and if children understand it, like 16-year-old Swedish activist Greta Thunberg starting the school strike movement, what are we waiting for?

Share
Previous An Appreciation of Peacocks: UNSW Conservatives and Socialist Alternative find common ground
Next THE CLIMATE IS CHANGING. WHY AREN’T WE?