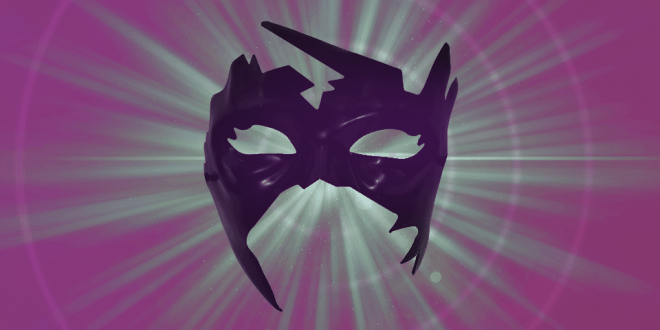 “Unbelievable!” Mum has launched a tirade once more. My latest curfew break and another strike on the record. Another piece of evidence for her insurmountable dossier against me. The jury was out and I was guilty of being an irresponsible and disrespectful…girl? Daughter? Hero?

The music struggles to drown out the barrage of insults. I scoff at the foolishness of heroism. Pop punk charges the air with melodies that encapsulate the tornado inside me. I didn’t care much for music these days. I didn’t care much for anything, really. And yet, I cared for everything too much. I cared about the tornado—the angry tornado that threatened to tear apart the world I’ve made my own. My perfectly delicate world with me and Mum at the centre. The world where we were invincible.

I’d always held her hand tightly as we would trot through the shops, mum confidently spewing out her broken English in an attempt to save some money. Our hands intertwined in a clammy, unbreakable bond. Her warm brown eyes betrayed the wide grin on her face. The stares that were thrown our way marred my memories. We were aliens. And yet I felt indestructible. I’d argue my mum was the real superhero; the only one who could make me feel infinitely powerful. And I wasn’t… at least not then.

“This is not how I raised you,” Mum chortles, her voice piercing through a guitar solo. A deep sigh escapes me involuntarily.

There’s a sweet melancholy that envelops my existence now. Teenagers have secrets, that’s a given. But did we need them? Secrets, from where I sat, were the parasites that gnawed on human goodness. The threat of exposure silently tortured my every waking moment. This was not how Mum had raised me. But then again, monsters are born, not raised…

“Mind your own business. You’re in this country to study, not make friends,” Mum would remind me. It was the closest I got to an “I love you” before school every morning. If possible, she would engrave it into my soul. I made it my mission to stay out of peoples’ business. I had no place there. I barely had much of a place anywhere. I was an enigma to most; existing and yet completely invisible. I may not have been there to make friends but I had done so inadvertently.

I carried the pains of everyone. I knew the days that Terry would walk in having fought with his father, his eyes dangerously morbid. I could feel the heartbreak Josie went through when Alex had left her for the tenth time. My heart had threatened to break when Justin lost his sister. I sat next to all of them at school and I studied as I had been ordered to. But my mind and heart…they were lost. Somewhere on the path to being a good filial daughter, a part of me had wanted more. It was not enough to simply be a ‘good person.’ I had to be a person of good. For good.

My feet dig into the mattress as I rub my knuckles unconsciously. Saying the pain had gotten worse was an understatement. But I did not regret it. The world deserves some goodness, and unfortunately, I was all it had to offer. It was a shame that we didn’t have comic book heroes in real life. Spider Man stares at me from the poster behind my door, his large white eyes somehow comforting me. We didn’t have young men swinging from buildings to save us. Just as well, the logistics of that didn’t seem practical in Sydney anyway.

Plus, the upper body strength to hoist and swing across buildings would put him in retirement by his thirties. I laugh to myself. Thirty didn’t seem too bad at this rate, though…

Wolverine was another impractical anomaly. How would he solve the problems of today? A man with retractable metal claws seemed just as helpful as my mum was with math. Clearly, the notion of a hero is vague and unrealistic. Perhaps because the realistic type of hero was far too surreal. Was it possible to be a person who completely believed in and strived for the greater good? Maybe that’s why we choose to believe in men from Krypton; aliens who can save us, because humans are too flawed. Because humans feel pain…

I remember the first time I felt the shooting pain in my knuckles. It was like a thousand lightning bolts searing through my bones. Somehow it didn’t matter, though. I stared into the deep, brown eyes I had sought refuge in my whole life. They stared back at me, pained and broken. My body seized up in denial as I helplessly stared at my mother sobbing. The tears formed an endless stream down her flushed face. Her cries echoed through my being, shaking everything I had once known to be true. How could someone so strong and gracious be so weak? Her frail hands gripped at my shirt as if begging for help. Help from this endless pain that came with existence.

Nightmares could not compare to the agony that she had felt. Lying there at the foot of her bed, I wanted nothing more than to release her of that burden. I imagined the lifeless body of my father, littered amongst broken car parts and debris on his way home. I imagined the fear that would seize him right before his body was flung across the street like a ragdoll. I imagined the pain of my mother. And then I felt it.

My hand floated to her arm and rested on her clenched fist. Her pain washed over me like a tsunami, attacking ever joint and muscle in my body. My toddler brain was amazed and shaken. Was I being possessed? Empowered? I had stolen her pain and made it a part of me. I opened my mouth to cry for help but stopped immediately. My mum looked up, a dazed delusion washing over her face as she smiled at me. It was a genuine smile; one that I had feared was lost forever.

“Let’s go get changed and have lunch,” she said in airy bliss.

It was as if the last few hours of melancholy were erased. But I knew better, I felt it in my pinkie, the way my bones scraped past each other like sandpaper. I was a vessel of hurt and pain. Of sorrow and sadness. Of misery and guilt. I was a vacuum of morbidity, taking in people’s pain and fears.

I may not have known my colours or the alphabet but I knew this curse well. Life had played an unforgivable practical joke on me and I had decided to play along. It was never a question of who, why, or “should I?”. Maybe that’s why this was my fate. It was always who next, why again, and “are you okay?”. No one asked me and I couldn’t tell you even if I did know. Sorrow was not invisible, instead it was lurking in every part of me. Sorrows from my mother, friends, teachers, and strangers. Sorrows I had sought out on my trips to the refugee centres and funeral homes. Sorrows that threatened to tear me apart and kept me up at night. None of which belonged to me.

My only sorrow was a different sort of pain; an endless reminder that I was alone. I was a monster, demon, parasite. I was no hero. There was no grand procession or accolade. No thank you or memorial. I was a mutant that co-existed and silently stole sadness. I didn’t fight crime. I was no vigilante justice nor was I a maiden for the poor and weak. I wondered if that was why I never felt like a hero. That and the lack of a single “thank you”. These thoughts, selfish and contrived, these were my pains. Real heroes didn’t help others for the thanks nor for the fame, yet they all seemed to shower in it. So much so that it ultimately became their demise when everyone turned against them. When I watched Spider Man 2 I was shaken by the anti-Spider Man propaganda plastered everywhere. And yet I felt no remorse. At least he was seen.

I simply took what people did not want. I was a cleaner of the soul, not unlike the grim reaper. If I was some sort of hero, where was the praise? Where were my comics and posters? Why was I in a fortress of solitude? I turn to the side, ashamed at my own narcissism. The gnawing desire for validation repulsed and haunted me all at once. I stare into the pitch black night and it dawned on me…heroes did not crave this, villains did.

Cursed with endless dread, was I my own arch nemesis? This greed inside me, this pathetic pining for…attention? I shudder at the thought. I have the ability to do good. Real good. In a way that was void of accountability and promised hope. I caressed the power of goodness and yet here I was. Helpless. A slave to my own humanity.

Seen, yet invisible for all the wrong reasons. I was the antonym of super, and far from a hero.