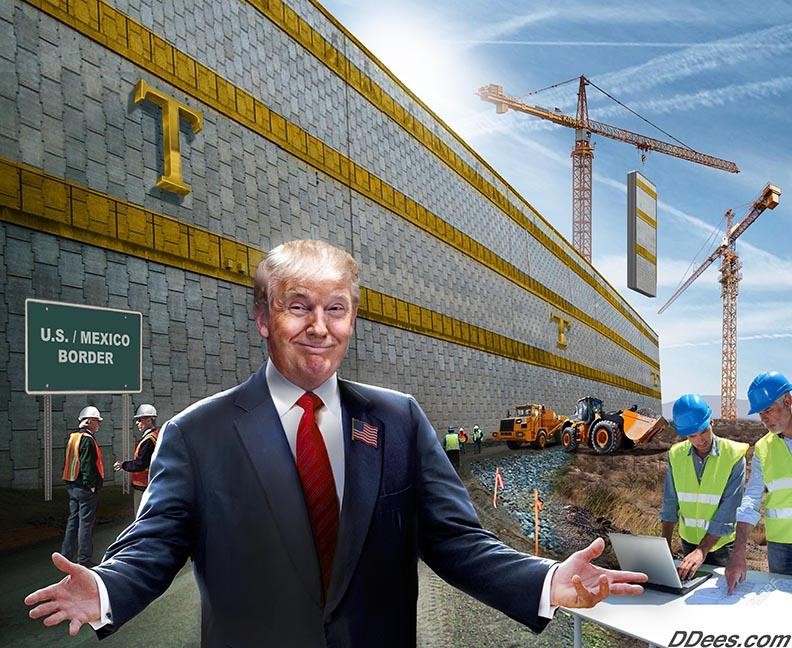 Whatever your views are on Trump, there is no denying that he is a master rhetorician.

The left may have underestimated Trump’s supporters, but at no point did it underestimate Trump as an entertainer. Trump was encouraged to run by John Oliver on his HBO news satire program in the hope that his inevitable blunders would provide ‘joke fodder’.

Even the Clinton campaign actively supported Trump in the early stages, as a leaked internal memo from a Clinton aide to the DNC reveals. The memo, sent by Clinton strategist Sidney Blumenthal in late 2014, outlines a strategy to actively ‘maximize’ and ‘elevate’ Trump’s media presence in the hope that he would undermine support for Jeb Bush, the then-presumed GOP candidate

Trump was not simply underestimated. He was encouraged, encouraged to play the role of court jester for a complacent, listless left, whose affinity for post-modern irony and spectacle, it turns out, is greater than its commitment to basic human rights, or to any cause for that matter.

Scott Adams, the creator of Dilbert and outspoken advocate of Trump on Twitter throughout the election, referred to the man as a ‘master-persuader’. A certified hypnotist, Adams recognized Trump’s persuasiveness would win him a ‘landslide’ victory way back in 2015, at a time when Trump’s candidacy was regarded by most people as a joke.

One of the ways that Trump was able to be more far persuasive than Clinton, Adams says, was through the use of ‘visual language’ to talk about his policies. ‘The wall’ is a perfect example of this. The mere mention of a wall immediately brings to mind a visual image, which captures the listener’s imagination and overrides rational policy analysis.

‘The Wall’ will be the enduring symbol of Trump’s campaign, the single biggest indication of an emerging global populist movement begun with BREXIT earlier last year and expected to continue with the widely predicted election of Marie Le Pen in France later this year. It will also endure as his greatest triumph of political rhetoric.

Not only did Trump promise his supporters he would build a wall to fortify the US-Mexico border, but he made the even more outrageous claim that he would make Mexico pay for it. Many have dismissed these promises as hollow rhetoric. How could Trump possibly make Mexico do something so humiliating and contrary to its national interest?

But like so many things about Trump’s presidency, a Mexico-subsidised wall is perhaps less far-fetched than previously thought.

In a memo published back in April, Trump suggests that he would prevent undocumented residents from sending remittances—small cash transfers through private financial services like Western Union—back to their families stateside.

The sending of remittances, which brings in an estimated $24B a year to Mexico, would be blocked until Mexico transfers money to finance the construction of the border wall.

“It’s an easy decision for Mexico,” Trump said in the memo. “Make a one-time payment of $5–10 billion to ensure that $24 billion continues to flow into their country year after year.”

But there is a problem with the freezing of overseas money transfers: Bitcoin.

There is no way for the United States or any other single government for that matter to effectively regulate the transfer of Bitcoins.

Because of the way Bitcoin is set up, it can only be shut down at the international level. Still, shutting down Bitcoin is a dream shared by all Western political and financial elites, including in Australia.

Any United Nations campaign to ban Bitcoin at the international level would require the support of the world’s major economies. In the past this has made unity difficult, but with millions of Chinese using Bitcoin to bypass the Party’s recent capital controls and many Indians converting their savings to Bitcoin in response to the recent currency mayhem, the level of support in emerging markets for a ban is perhaps higher than it has ever been.

Many are suggesting that the Trump administration will be good for ‘safe haven’ currencies like Bitcoin, given the general level of uncertainty policies as well as expected Fed interest rate rises announced for this year.

The value of Bitcoin rose steadily throughout 2016, and has been at near-parity with gold since Trump’s election. This is due in no small part to the ‘Trump rally’ in stocks following his election, a response to the massive New Deal-style infrastructure and public works investment program announced by Trump’s chief strategist Steve Bannon.

With the US dollar as strong as it is, emerging markets are looking for alternative currencies.

All that remains to be known is Trump’s own stance on crypto-currencies and, more importantly, what his relationship with Wall Street will be like.

Interestingly, Trump has put some pro-Bitcoin people on his team, including his campaign CEO Brock Pierce, and Peter Thiel, founder of Paypal and member of Trump’s transition team.

But Trump also has deep personal and professional ties to Wall Street, something which was seldom brought up by Democrats during the election because Hillary’s own ties to the financial industry were vastly deeper. Had Trump found himself up against an authentic grassroots candidate like Bernie Sanders, more would certainly have been made of Trump possibly being compromised by his relationship with Wall Street bankers.

Anyone looking for evidence of a Trump connection to Wall Street need only look at his economic policy team, which is packed full of ex-Goldman Sachs executives.

Of course, Bitcoin is not the only issue where Trump’s cabinet is internally divided. Trump has made a habit of making cabinet picks with opposing viewpoints. For example, there is a significant ideological divide between the isolationalist Mike Flynn, Trump’s National Security Advisor, and his Secretary of Defense, James ‘mad dog’ Mattis. This has led analysts to ask which of the two men will ‘have Trump’s ear’ on security issues like Syria and Iran.

While it remains to be seen who will have Trump’s ear on Bitcoin, the fact that undocumented Mexican workers would start using Bitcoin immediately following a ban on remittances suggests the ‘Trump will make Bitcoin great again’ narrative currently being pushed by Bitcoin fanboys is likely misplaced.