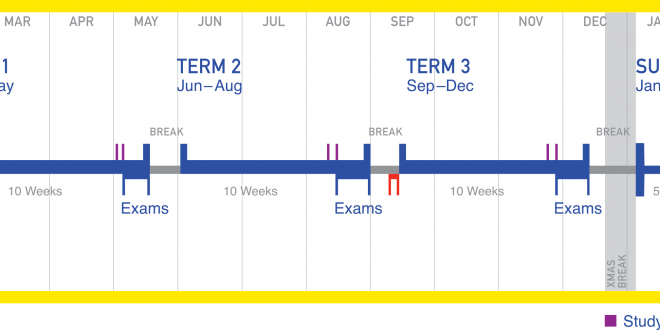 Trimesters So Far: A Report

Now more than halfway through the academic year, it’s no secret that the introduction of Trimesters at UNSW has been incredibly disruptive to students across every faculty, bar perhaps those studying Medicine.

Officially known as the UNSW 3+ model, the system is part of UNSW’s 2025 Strategy, a list of major policy changes in the university that has the aim of making UNSW a top 50 University by 2025. Trimesters promised students increased flexibility with their courses, better alignment for exchanges, and better utilisation of the university campus for a longer portion of the year.

At the time, many students and staff were very worried about the impacts on learning conditions, teaching conditions and job security, internship opportunities, and the reduction in breaks between teaching periods. The university tried to brush over these concerns and refused to release the results of a student survey on the system as it was “not a referendum” on trimesters.

In response, UNSW students gathered for the largest protest held in years, with over 500 people in attendance campaigning against the trimester model.

Management persisted. But after almost half a year under the new model, it seems that the most pessimistic predictions of students and staff have come true.

The SRC designed and released a student survey on Trimesters in T1 2019. Despite an average response time of over 30 minutes, the survey received significant engagement from the student body with almost 1100 responses in the weeks following its release.

While the data is still being compiled into a report to be released to students, management and news organisations, the SRC has agreed to share some key data points with Tharunka.

The results are bleak but not surprising. Below are some responses to key questions:

“How severely has your ability to catch up on coursework been impacted by the change to Trimesters?”

“How severely has your mental health been impacted by the change to Trimesters?”

“The new enrolment system requires students to enrol in their subjects before class information (days & times, locations, etc) is released. How strongly has this lack of information affected you?”

“The selling point to students of the 3+ system was greater flexibility in subjects and classes (being offered more often and at more convenient times). In your personal experience, do you think flexibility has become better?”

And perhaps the most compelling result: When asked to assess how trimesters had impacted them overall, 90.01% of students responded negatively.

It’s clear that the current system is wildly unpopular: the massive engagement that the Cancel Trimesters campaign has received from UNSW students is more than enough proof of that. What remains to be seen is how the university will respond.

Tom is a councillor on the SRC for 2019. He is responsible for the creation, distribution, and data analysis of the SRC Trimesters survey, which he developed in order to capture the breadth and severity of disruption after a term under the 3+ system.

Share
Previous A Day in the Life of an Arts Student in 10 ½ Hours
Next What Happened At Engadine Maccas?

UNSW has publicly released myExperience survey data for the first time. Based on data from 1843 courses, 30 of them received a perfect 100% approval rating and of these, the highest number could be found in the Arts, Design and Architecture faculty and Business School.