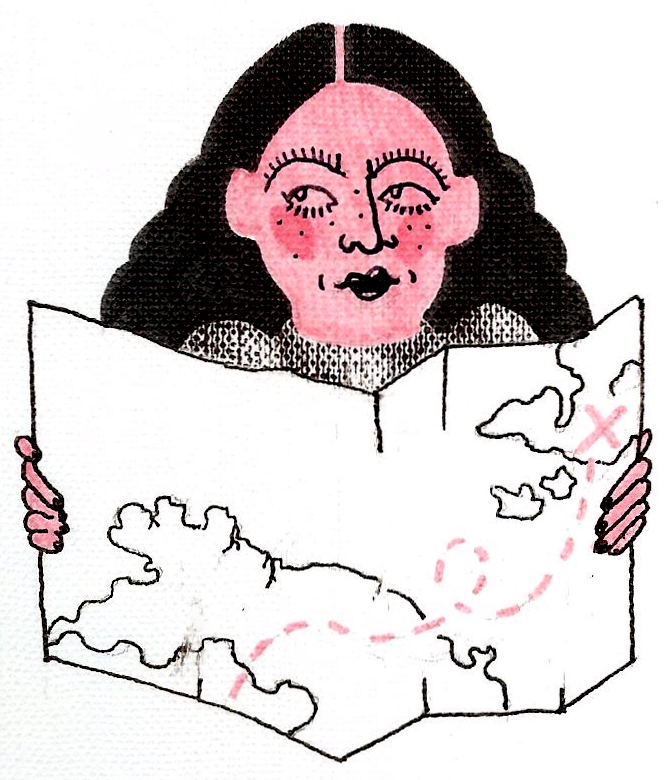 “Vlad!” The tour group halted as our guide, Katya, waded through the knee-deep snow from the back of the group to confer with guide number two. I followed the direction of their gazes and leaned in as I caught my breath, nervously trying to pick up the tone of their conversation. “I thought I saw… that could be… no, probably not.” Katya turned around and cheerfully addressed the group. “We thought maybe we would meet the bears just now, but we think it’s probably just some deer. Shall we continue?”

I found myself nodding feebly as I looked again in the direction Katya had been pointing. We had left the town lights of Longyearbyen behind us and what stretched ahead was a seemingly infinite tundra of ice and snow. The heavy snowfall made land indistinguishable from sky and although it was somewhere around noon, the polar night cast us in pitch-black darkness. It was hard not to imagine just how easy it would be for a two hundred kilo polar bear to hurtle from the shadows and pick off a member of the group for lunch. I felt sure it would be me.

“You will protect us, won’t you Nina?” Vlad asked our reluctant guide dog as we prepared to continue trekking. She looked at him. “She says she wants to go back to bed,” someone said. Everyone laughed.

By this point in my trip, worrying about a polar bear attack didn’t feel like neurosis — it was totally justified. It was my second day in Svalbard and every interaction with a local so far had included a warning something along the lines of: “There was a polar bear and two cubs somewhere in town. We don’t know where they are now. Be careful!”

Although this information had sent me into a tailspin of increasingly violent and biopic-worthy visions of death-by-bear, it had not come as a total shock to hear. At around 78°north and just over one thousand kilometres from the North Pole, the Norwegian archipelago of Svalbard is well and truly arctic. Polar bears come with the territory, and make it necessary by law to carry a gun when leaving the town limits.

Read more in our Culture Issue, on stands around campus next week.