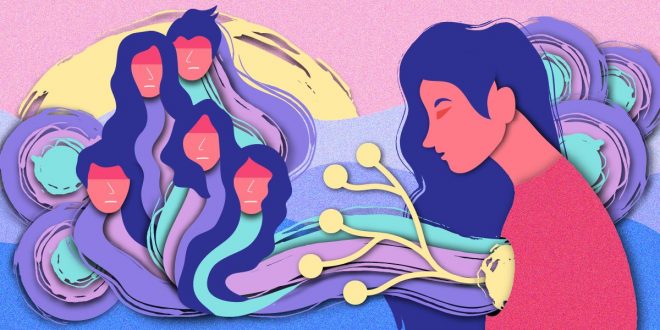 An exploration of the way the grief brought about by trauma is being discussed in the current cultural landscape and how creative outlets can provide a first step in processing that grief.

Since I began my master’s degree last February, I have found myself fixated on Riz Ahmed’s latest album, The Long Goodbye. It is a fresh exploration of the effects of partition1 on the diaspora of the Indian sub-continent.

In the grand scheme of things, finding new music is typically a matter of broadening your artistic palette. But this album is a true masterpiece. I replayed the entire track list for two weeks straight, dancing in my room with the songs blasting in my ears. Each song lyrically elucidated Ahmed’s feelings of disconnection with his nationality as he tries to uphold his cultural identity – a struggle that every person in the diaspora has faced at some point. It was poetic but catchy, a real rumination on our time.

Eventually I found the buried treasure trove of Ahmed’s oeuvre. He has also produced a short film by the same name The Long Goodbye. This time, it was a visual breakdown of the permanent ‘otherness’ that migrant children and children of the diaspora experience.

But perhaps the most impactful piece of media he gifted to the cultural stratosphere was his 2020 feature film Mogul Mowgli, co-written and directed by Bassam Tariq. The film explores Zed’s (Ahmed’s) journey as he faces the challenges of battling a degenerative autoimmune condition while struggling to reconcile with his father. As a consequence, it is both protagonists who are emotionally disconnected from one another and their community.

As I watched the movie, I found myself reliving so many of the emotions that I had been busy suppressing. I soon realised that if unresolved trauma was something I was suffering from, it was bound to be affecting my mum and grandma too. The trauma we have may differ in its contextual background, but it is something we share, like a messed-up family heirloom.

Strangely, it was only through my Instagram explore page that I discovered the term for this experience that so many others’ shared. Intergenerational trauma.

The term was first used in connection to a 1988 Canadian study2 which found that the grandchildren of Holocaust survivors accessed mental health services at a rate 300% above the rest of the population. Intergenerational trauma now applies to a vast web of communities who have articulated their inheritance of traumatic experiences. I can look back at the grief I experienced losing my dad at age three, and how dismissive my mum was when I tried to address it with her as I grew older. It was only after she started divulging the events she had undergone in her life and how turbulent her relationship was with my grandma that I understood. Trauma and grief are so easily dismissed in our families and communities.

There are plenty of memes on social media that touch on the casual manner in which a lot of diasporic children discuss the harmful things that our parents did to us, like the psychological and physical abuse. There is some release in making jokes as a coping mechanism to distract from the trauma, but our cultural landscape is on a trajectory to the point where we are going to have to stop and reflect at some point.

It is only within the last four to five years that the discussion has pivoted from, “lol isn’t it funny how casually our parents just damaged us?” to “I am still dealing with what my parents did to me and I will make sure it doesn’t happen to my kids.” There is a growing acceptance for counselling and support networks that are necessary to reckon with mental health issues. More people are utilising artistic outlets to process their trauma – some of us are even making award-winning movies.3

Trauma manifests itself in many different ways but being traumatised does not define us. There is so much strength, creativity, knowledge, and wisdom in our communities. Those are the traits I would like to use to narrate the characters of myself, my mum, and my grandma.

Share
Previous Violence on Oxford Street: can you heal with the people who hurt you?
Next Amateur Filmmakers Breaking World Records: a review of ‘Hi Mom!’ and ‘Nomadland’