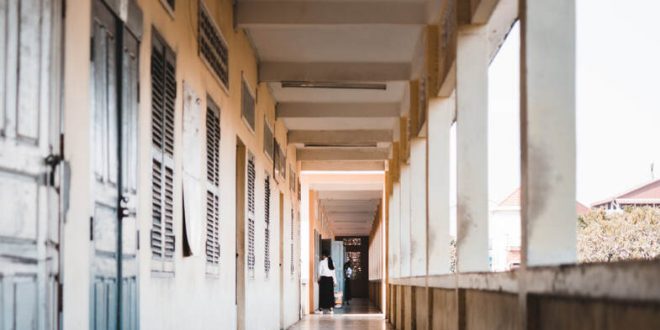 Trafficking in Cambodia: The Dark Reality Faced by Adolescent Girls

The year is 2015. Bopha* lives in a rented single-room house in Phnom Penh. She shares the space with eight of her family members. The owner could force her family to leave at any time. Her father and three older brothers work in poor conditions at a nearby sewage construction site. None of her brothers have ever gone to school. Despite their hard work and multiple incomes, Bopha’s family can barely cover basic living expenses like food or clothing.

In 2019, the Sydney-based organisation AusCam Freedom Project conducted an independent investigation into the factors that rendered girls most vulnerable to human trafficking. Dropping out of school was identified as the leading indicator of a girl’s risk of becoming a victim of trafficking[1]. AusCam also found that access to educational support and legitimate job opportunities are key to mitigating a girl’s risk of trafficking.

For vulnerable girls in Cambodia, the promise of an adequate job with good pay is as glorious a prospect as the promise of eternal youth is to the world’s wealthy. Sadly, many girls who attend what they believe will be a job interview never return home, and those who survive human trafficking face a life traumatised by those experiences.

Despite recent economic growth, Cambodia remains one of the poorest countries on Earth, suffering from endemic corruption within the government which also permeates every level of Cambodia’s education system. The result is a high percentage of students, particularly girls, failing their exams and dropping out of school.

According to the ASEAN Post, Cambodian teachers are required to pay facilitation fees to schools in order to receive their salaries. However, low salaries motivate Cambodian teachers to charge students additional money for classes which are essential for passing their exams.  This unofficial system of education discriminates against students from families with a low socio-economic status. For financial reasons, these students are barred from accessing the classes where their peers are taught content that is crucial to prepare for the exams.

Bopha’s father wants a better future for his daughters than for them to end up like his sons- working hard for very little money. He took out a $2,000 loan from the local bank so that he could send Bopha and her sister to school. Already struggling, and now burdened with the commitment to pay back a high interest loan, Bopha was on the verge of dropping out of school to find work; and finding work would likely mean exploitative work or worse… trafficking. Her school director heard about her plans to drop out, so he advised her to contact AusCam Freedom Project.

In late January this year, Cambodian student Kong Bunrith posted a video on Facebook in which he claimed that senior officials in the Ministry of Justice had accepted bribes of up to US$150,000 from students who were desperate to pass their exams. The consequences of such corruption have a greater impact on girls than on boys. This is because Cambodian social norms place a higher value on the education of boys. Boys are more likely to remain in school regardless of their academic performance. Comparatively, girls and women are expected to complete household chores and financially support their families. A woman’s role in Cambodian society is largely defined by the Chbab Srey; a code of conduct for women. The Chbab Srey upholds problematic gender roles and was formally taught in schools until 2007.

Girls in Cambodia face a multitude of barriers to receiving an education and the outbreak of COVID-19 made a bad situation worse. In an interview with the Development Director of AusCam Freedom Project, Jessie Teerman, COVID-19 was described as the greatest challenge AusCam has ever faced in its eight years of operation. The organisation previously operated through partnerships with government schools, but when COVID-19 reared its ugly head, schools across Cambodia closed almost overnight. However, Ms. Teerman has said that she believes AusCam’s greatest achievement came as a direct result of the crisis: AusCam have ‘decided not to give up’ and ‘achievements are measured against the greatness of the challenge’. Instead, AusCam is launching the country’s first anti-trafficking hotline for adolescent girls called the ‘Freedom Line’, which is now a permanent feature of AusCam’s operational strategy.

Since then, Bopha has been enrolled with AusCam Freedom Project and received psychosocial support, educational support, school materials and rice support for the whole family. Her barriers to education have successfully been removed so she can realise her full potential. Bopha is now pursuing a Marketing Degree at the Cambodia National Institute of Business. When she graduates, Bopha will be the first university graduate in her family, realising both her father’s and her own dreams of being educated and having professional opportunities.

Human trafficking in Cambodia is preventable. According to Ms Teerman, the majority of trafficking networks in Southeast Asia prey on girls ‘without resources, opportunities or a support network’ – that is why AusCam’s approach is all about providing girls agency and choice. I asked Ms Teerman how, if they chose to, UNSW students could support the anti-trafficking work of AusCam. She replied, ‘if they have time, we will be hosting a one-hour virtual tea on the 25th of October where they can learn more about the organisation and the launch of our new Shine Centre. If they have money, they can join a committed group of monthly partners through our website. If they have a birthday (which most of us do), they can pledge their special day to support anti-trafficking efforts and ultimately change a girl’s life forever.’

*Bopha’s real name has been changed for protection and privacy reasons.

Share
Previous Understanding the Value of Human Life in Australia’s Colonial History
Next In Order to Help ‘Third-World Countries’, We Need to Stop Helping