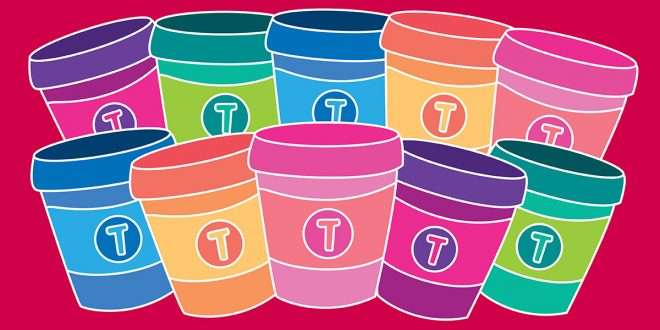 A look into how our seemingly unnoticeable attempts at sustainability can drive institutional change.

On some level, I refuse to accept that I made our impending climate catastrophe worse than it’s already going to be because I threw my smoothie cup in the green bin last week.

In fact, I think if everyone at my university subsisted only on berry smoothies for a month and lobbed every cup directly into Clovelly Beach, it would be literally less than a drop in the ocean. That’s not to say I don’t find the prospect of all that waste abhorrent – I do, obviously. But on occasion, I wish I could toss my guilt in the bin as nonchalantly as I do plastic wrapping, because I’m not sure my guilt achieves anything. I suspect it is a product of a narrative written by someone else, who probably works for an organisation that continues to contract plastic cup suppliers even when there are a multitude of biodegradable alternatives.

We have increased global temperatures by 1.1°C to date and the Intergovernmental Panel on Climate Change guarantees that global temperatures will rise by 1.5°C within the next two decades, regardless of what we do from here. i There will be more heat waves, droughts, and extinctions. If we can stop adding to the levels of atmospheric carbon dioxide by 2050, global warming would likely halt here. But estimates say we’re on track for 3°C of warming by the end of the century. ii This means violent natural disasters, the displacement of islands, and tipping points such as the collapse of the Antarctic ice sheets, from which there is no going back.

Placing the solutions to climate change in the hands of consumers quietly shifts responsibility to them under the guise of empowerment. We’re told to turn off the water when we brush our teeth, get our receipts emailed to us, and tell Uber Eats that we have cutlery and napkins at home. With the optimistic tone of today’s corporate environmental rhetoric and the self-gratifying nature of these tasks, it seems like this is our way out.

But these encouraging examples often feel like throwaway diversions with which we assuage our guilt. Usually, even a quick scroll through the news can make our actions feel unfathomably miniscule, even if we band together. Just 100 companies are the source of 70% of the world’s greenhouse gas emissions, and it’s been this way since 1988.iii Abandoned fishing gear makes up an estimated 10% of all ocean plastic,iv while plastic straws account for 0.03%.v

How is it even plausible to expect such a radical upheaval? Our manufacturing, trade, and lifestyle patterns are built on coal. Decarbonising heavy transport and chemical processes are difficult tasks, with many replacement technologies still in developmental stages. Emerging economies are relying on oil and coal exports to expand their infrastructure for growing populations. Meat industries, for all the bad press, feed billions every day. International travel is now a first world staple, adding intangible richness and variety to our lives. As we emerge from the debilitating clutches of the pandemic, it is unlikely we’re going to give up the things we love.

It feels like this is so much bigger than me. Environmental destruction is inextricably embedded into the operation of our society in ways I don’t even understand. We’re not even cogs in the wheel, we’re the flakes of rust on the edge of a spoke. The key to systemic change is held in the hands of a powerful few, and they don’t look like they’ll be opening the way to greener pastures any time soon.

That isn’t to say most corporations haven’t recognised the changing currents, but their response is often merely tokenistic. In 2015, Shell set up a renewables arm with a $1.7bn capital investment. Their annual revenue is $180bn. Woolworths’ Tokyo Olympics campaign was all about the colour green, with montages of wind turbines and capsicums against a patriotic voiceover. Numerous food, cosmetics, and clothing companies are going vegan and making sure we know, although whether from a health, cruelty or sustainability standpoint is unclear. The problem with corporate social responsibility is that it is often siloed and delegated to a single business function rather than integrated throughout the entire corporate strategy. This results in companies picking the low hanging fruit: high-visibility initiatives with strong signalling value, instead of changing their procurement system or installing audits at suppliers, for example.vi Too often, the paperless companies who serve Fairtrade coffee at board meetings are the ones advising mining corporations.

A certain amount of overhead environmental costs are inevitable in the coming decades. But we still have an individual responsibility to act. Not because a bio-degradable muesli bar wrapper will necessarily change the world, but because public consciousness is an important tool in policy change, and consumer demand is the main tool in driving markets to evolve. Without the impetus for change from us, institutions would remain in a perpetual state of inertia, pledging targets and commissioning reports as our oceans boil. The main reason we’re seeing small changes in business and policy is because it’s a response to the growing restlessness among the public. The way to push governments to accelerate renewable energy efforts, and incentivise companies to comply, is to change the way we eat, shop and vote. A few executives at Apple deciding to clean up their supply chain is likely to have more environmental benefit than thousands of people ditching iPhones, but they will only do this when we stop upgrading every two years, or when the government tells them to, whichever comes first.