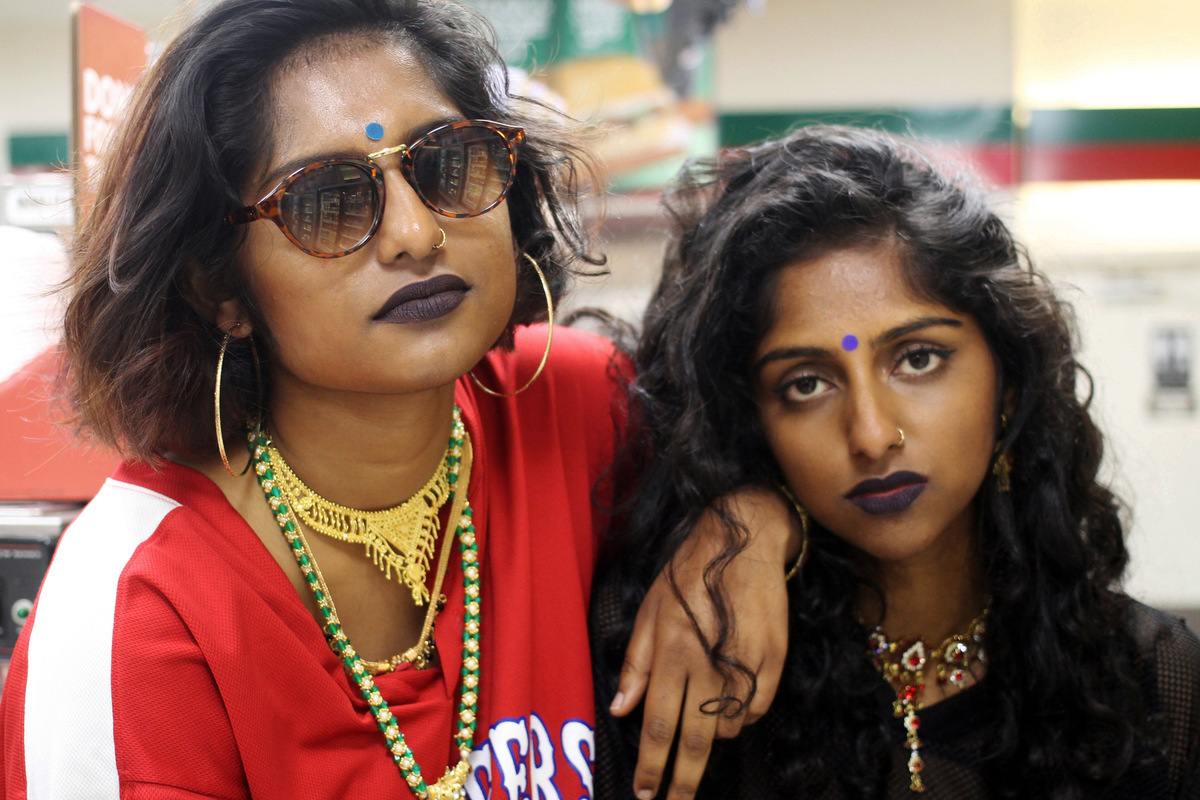 “It seems like a relic of the past!” you exclaim. “Surely such a thing could not exist! Besides, the British are so passé. Colonialism is like, barely a thing anymore.”

Well, you’d be forgiven for thinking that something so flagrantly politically incorrect should not—could not—still exist. But colonialism is still like, definitely a thing.

And somehow—for all the talk of progress and change—the skin-whitening industry has expanded hugely in recent years. Sales of whitening creams have tripled over the last decade. Even a family with no real conviction they will have running water that day, will still have an expired pot of Fair and Lovely—the most popular brand, and the inspiration for the hashtag discussed below—in the cupboard. Anecdotal, but accurate.

Even here in good ol’ Straya, it can be found in the odd dusty corner of your friendly neighbourhood Indian grocery store.

You may have heard of the recent #unfairandlovely campaign. Photographer Pax Jones, from the University of Texas, began it by taking pictures of Mirusha and Yanusha Yogarajah, her South Asian classmates.

The photos have inspired a swathe of gorgeous South Asian women to share their own experiences and photos of being #unfairandlovely. It is an empowering campaign. It has inspired articles in praise of it on The Conversation, Huff Post and Buzzfeed.

But look at them.

They are cool. They have this enviable East/West fusion thing going on. I kinda want to be them. They are beautiful, yes. But their Indian accessories function largely as an addendum to their bang-on-trend Western outfits. Their skin tone might be darker than the average Bollywood star, but the average South Asian woman they are not.

Mallika Rao penned a piece in Huff Post after Nina’s Davuluri’s Miss America win, about why Davuluri would never have won a pageant in South Asia: she is simply too dark. Bollywood is overwhelmingly populated by the fair-skinned. There is even a range of Fair and Handsome cream, which has been released for men who want to get in on the action.

The ad campaigns for these skin creams are wont to evoke equal amounts of shock/distaste/horrified laughter. Most start off depicting a woman looking fairly glum in bad lighting. She then starts to smile, this smile widening incrementally in a series of panels, all the while becoming paler and paler, until she reaches a wide-eyed wooden hysteria and vampiric levels of whiteness. You could even be forgiven—for example, if you were an alien and these advertisements were your reference point from which to analyse the fluctuations of human emotion—for thinking that this were the natural order of things. Whiter = happier. The logical leap is astounding, yet well-masked by high profile celebrity endorsements and lots of dazzlingly white skin.

In V S Naipaul’s novel Half a Life, the most extreme form of protest is the protagonists’ marrying a dark-skinned woman of lower caste. Caste, class and socio-economic differences are the chasms exacerbated by the notion that dark skin is inferior. One of the main reasons dark skin is seen as categorically undesirable is that it implies that one is a labourer who works outside in the sun.

Marriage, even more so, is a deeply political climate in which colourism is played out in its extremes. The still widespread practice of the husband’s family asking for a dowry before accepting a woman’s hand in marriage, makes India among the few countries where a direct monetary value can be ascribed to fair skin. In a Huff Post article on colourism, Banaji recalls “being told by a friend when I was in college… that she would fetch Rs 10,000 more in dowry than her sister who looked the same as her in skin colour, but who was apparently a shade darker than my friend”.

Perhaps the problem with #unfairandlovely is the problem with all social media campaigns. It is shallow, ahistorical and beauty is the unquestioned prerequisite to participation. This is not a criticism of the campaign itself, but a comment on the limitations of any social media campaign. As an Instagram hashtag, this movement in its nascent phase was a welcome encouragement for women to embrace their darkness.

But as much as #unfairandlovely has taken off overseas, this is just a gentle nudge to not forget the primary battlefield of this particular issue—South Asia itself. Bollywood, mainstream media and societal norms are all in cahoots to try make us stick to the status quo. They are a giant Ashley Tisdale in the high school cafeteria, stopping Troy from baking creme brûlées and that skater guy from doing whatever that skater guy wanted to do. To me, the people who deal most intimately with colourism are not trendy college-educated expats in Texas. Let’s not forget the South Asian women themselves, who continue to dictate their daily lives under the gaze of the Fair and Lovely ad looming above them, and the nagging aunties who tell them not to go out into the sun too much.