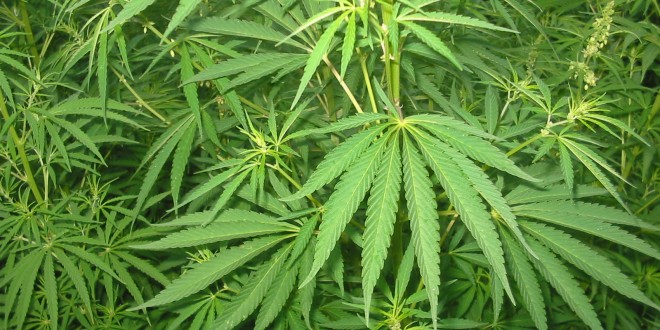 To Legalise or to Demonise

Is that really the question when it comes to the war on drugs, asks Cissy Ye.

Nothing is quite so entrenched in American culture and history as illicit drugs. From the crack epidemic of the 80s to high school teens today, from movies like Scarface to Netflix’s hit show Breaking Bad, it’s no surprise that few issues enjoy the same divide in opinion that marijuana legalisation does.

Currently four states in America – Washington, Oregon, Alaska and Colorado – have fully legalised marijuana with almost half approving its medicinal use. For now, it remains classified as a Schedule I narcotic along with PCP, heroin and LSD.

Under this label it has “no accepted medical use, a lack of accepted safety for use even under medical supervision, and a high potential for abuse”.

Most people, including experts, disagree with this classification. Marijuana has widely cited medicinal benefits and a low risk of addiction and mortality.

Patrick Kennedy, Former US Representative and Chairman of Smart About Marijuana (SAM) however foresees a Doomsday scenario claiming “our country is about to go down the wrong road, in the opposite direction of sound mental health policy”.

He is supported by former White House drug policy adviser Kevin Sabet and David Frum, former speechwriter for President George W. Bush who sits on the Board of SAM.

However in the process of re-examining and re-interpreting aspects of the criminal justice system they’ve created a whole other headache for patients.

While I-502 does legally allow people to possess up to an ounce of marijuana, if you’re a minor or caught possessing more than that, you’ll still come face to face with a felony charge.

This makes even less sense when we consider that the 18-29 year old subgroup are the highest users of marijuana, double the next largest subgroup of 30-49 year olds.

A marijuana conviction leaves a lifelong stigma beside your name. It follows you around when you’re applying for college loans, housing, financial aid and certain jobs, even if you have no other criminal history.

The other issue caused by I-502 is that marijuana taxes are not covered by insurance or Medicaid. With the cost of medicine expected to rise by 50-75% many patients will be forced back onto the black market.

And as soon as we legalise marijuana you can bet “Wall Street sharks” will be the first to benefit, turning the marijuana industry into the next Big tobacco.

It’s no coincidence that Altira, the parent company of Phillip Morris, just bought the domain names “AltriaCannabis.com” and “AltriaMarijuana.com.”

Legalization is about one thing: making a small number of businesspeople rich.

Other punitive measures under I-502 include the new marijuana DUI standards that operate like the alcohol DUI standard.

Driving under the influence of drugs is not acceptable. However, the problem of treating marijuana like alcohol is that marijuana is not like alcohol.

It stays in the bloodstream much longer and can often rise as the body rids itself of the substance.

I-502 holds drivers who exceed the DUID limit criminally liable with no right to defend themselves even if they are a patient or all they did was inhale secondary fumes.

We can end the war on drugs without having to legalise marijuana, decriminalising the drug would send the same message without condoning the use of illicit substances but Initiative-502 is not a step forward down the right road.

Share
Previous Bi(Sexual) Healing
Next What does The Bachelor tell us about modern life?