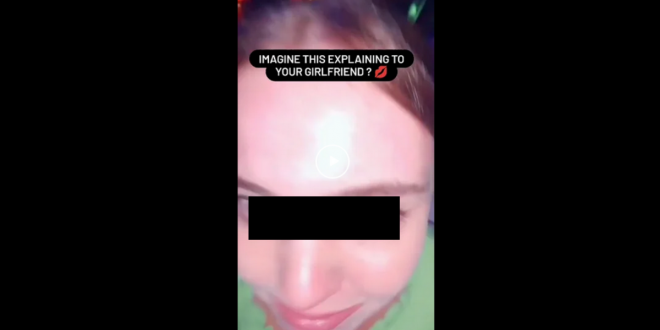 A TikTok video of a student leaving lipstick marks on the backs of nightclubbers has gone viral and prompted an online discussion around sexual harassment. The video shows an individual applying lipstick before quickly planting visible marks on men’s t-shirts, which was then posted by a friend’s account.

While the video was intended as a prank, the individual in the video was criticised on social media, with many UNSW students commenting how inappropriate and invasive the act was.

A majority of the online responses were centred on the lack of visible consent during the video and how the kiss marks may have been perceived.

Under the now-deleted TikTok, one person commented, “That’s beyond petty, that’s a complete stranger.”

Another student posted on Facebook, “Touching / kissing without consent is not on. The fact is, she’s gone around purposely doing it, which is disgusting.”

Some raised questions on whether this is sexual assault or harrassment, and wondered what the response would be like if the act had instead been done by a man.

One student commented on Facebook, “It’s just wrong and not funny. And it is sexual harrassment, and yes if it was a male doing this he would be reported”.

Another user wrote on Facebook, “If this was a man, it would be uproar – I’m glad people are outraged!”

Commenters on Reddit said they reported the incident to UNSW and NSW Police afterwards.

A few days after the backlash, the individual in the video posted an explanation of the prank on the UNSW Discussion Group’s Facebook page. They wrote that the men in the video were not strangers and they had all agreed to participate. They also acknowledged that the video didn’t reveal the full context of the situation and understood the reasons why they were criticised for harassment. In the statement, the individual clarified that they weren’t a UNSW student but a campus resident. They claimed to have received death threats and relentless hate comments from a video that was intended for a small audience.

Tharunka reached out to the TikToker involved, but they declined to comment.