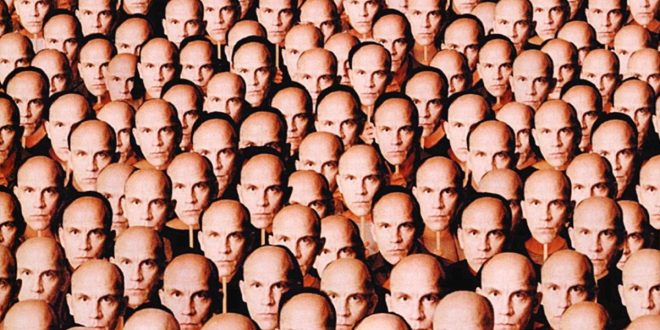 They All Look The Same

A friend of mine caught me off-guard: “Can you tell us apart?” he/she said while I was walking around la Perouse with some of my East Asian friends. It had left me both surprised and embarrassed. I explained her that I had no trouble recognising them now but admitted that some of my (non-East Asian) friends still had trouble telling East Asians apart.

As an international student from India, studying in Sydney was the first time I got to know people with such diverse ethnic backgrounds. So, I’ll admit that initially I often confused East Asian folks on campus to be my friends. I would end up smiling creepily at random strangers only to realise that they weren’t someone I know.

During this period, I started looking into this ‘phenomenon’. I knew it wasn’t racism- I had genuine trouble recognising East Asian faces. They were able to recognise one another with no difficulties, so what was I missing? I then came across this headline which confirmed that several others around the world faced a similar problem:

South Korea’s football coach had swapped players’ jerseys during a practice session because he had heard “Western people don’t recognise Asian people’s faces at once.” I showed it to my East Asian friend, Tiffany, who burst out laughing after reading this report. This wasn’t really news for her though. Later, she coyly admitted that she had trouble recognising faces of Indian and Western people herself. She called it “face blindness”.

In one of our courses together, Tiffany mentioned that the guy sitting on the next table of Indian ethnicity looked just like the Indian actor Amir Khan. I looked at the guy, then looked back at her to make sure she wasn’t joking. “No, he does not”, I told her, but she proceeded to show me a picture of the actor and asked me if I still felt the same.

In another instance, an Indian friend of mine and I were confused for each other by our Caucasian tutor. I first realised this while he was marking attendance in week 4 and marked my friend who wasn’t in the class ‘present’ but marked me ‘absent’.

So, do people have trouble recognising faces from other races? If they haven’t been amongst them for a considerable duration, yes. This is referred to as ‘Other-race effect’ or ‘Cross-race effect’. It is, as some describe it, a psychological shortcoming of humans.

In a multicultural city like Sydney, however, this effect is easy to overcome. We come across people from many races and eventually get accustomed different features. So maybe the barista from the cafe in the food court is the same guy who has been sitting beside you since the moment you walked in to the class. But is he though?